One of the first rules we learn in physics is that energy can never be created or destroyed, only transformed.

Electrical power is produced as billions of individual electrons lose kinetic energy in collisions as they shuffle along. The rate that the electrons' energy is transformed — electrical power P in a wire — is the product of the voltage V across the wire and current I: P=IV.

Light bulbs transform electrical power to light intensity, so the brightness of a bulb depends on the current and voltage in the circuit. A bulb's brightness is directly proportional to the power.

The bulb’s resistance sets a limit on the current that can flow through the circuit with the battery’s voltage. If we put another identical bulb in series with the first, the resistance to the electrical current is doubled, and the maximum flow that can be sustained by the battery is cut in half.

If we add more identical bulbs, the current is reduced further, as the voltage is divided evenly among all the bulbs. The lights will illuminate, but at a lower intensity than a single bulb.

Which arrangement uses the most electrical power and puts out the most light? 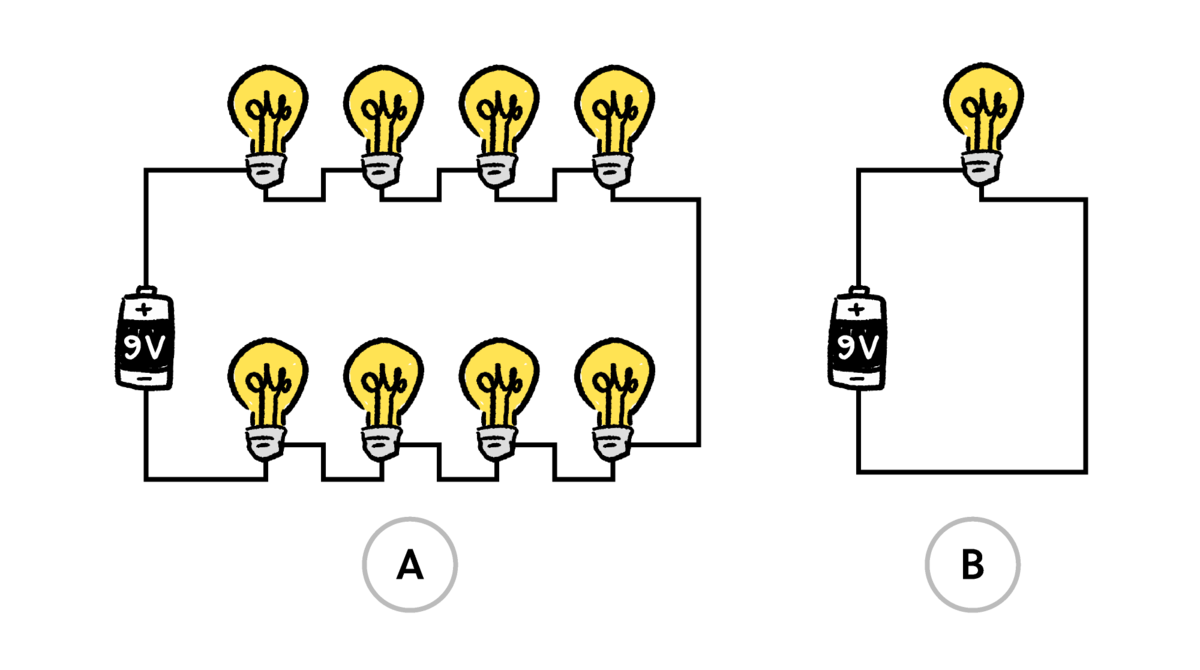