Even simple probability problems can defy our intuition. Although the basic idea of probability is straightforward, the details can be quite subtle. 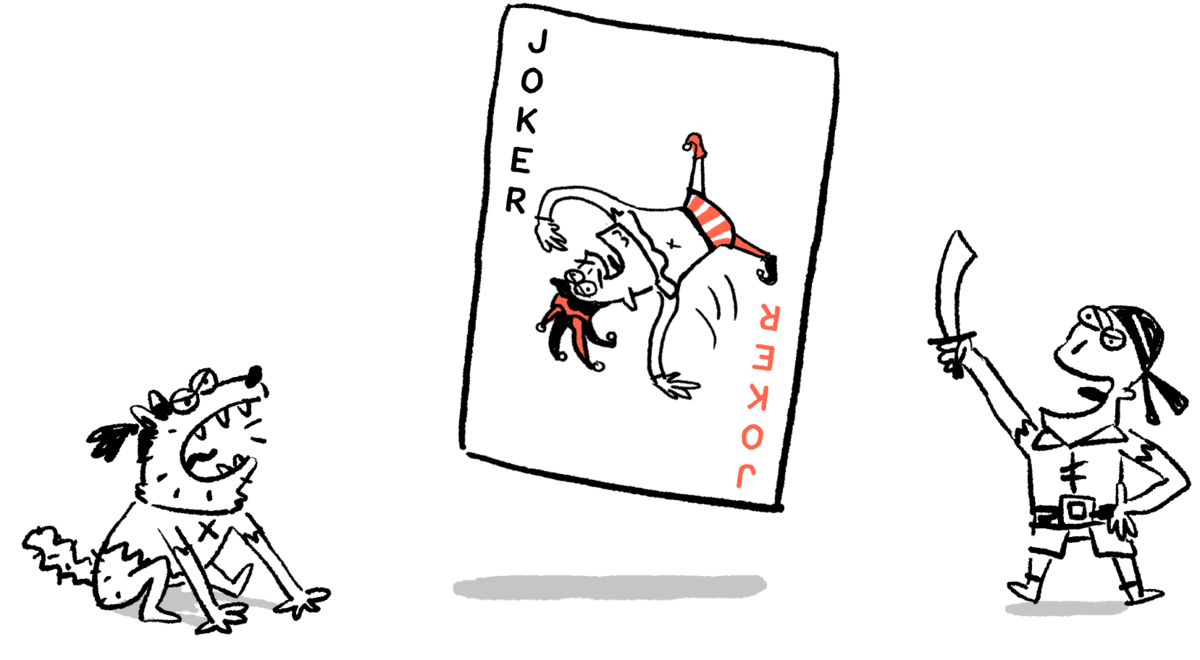 Suppose you have a four-card deck that starts in a specific order, and then you thoroughly shuffle it. In today's challenge, that's exactly what you have, and you're calculating the probability that, after the shuffle, the original second and third cards are still next to each other. In this explanation, we'll tackle a slightly different but related question: How many of the potential results of thoroughly shuffling of a four-card deck will have no cards that are still in their original positions? This is called a "derangement" of the deck.

First, let's consider all of the different ways that you can order four unique cards. To make it easy to talk about the order, we'll use the ace, two, three, and four of diamonds as our four-card deck. The chart below shows all 24 of the ways these four cards can be arranged after a shuffle, including the original order: ace-two-three-four. If the shuffle is thorough, each of these 24 arrangements will be equally likely. 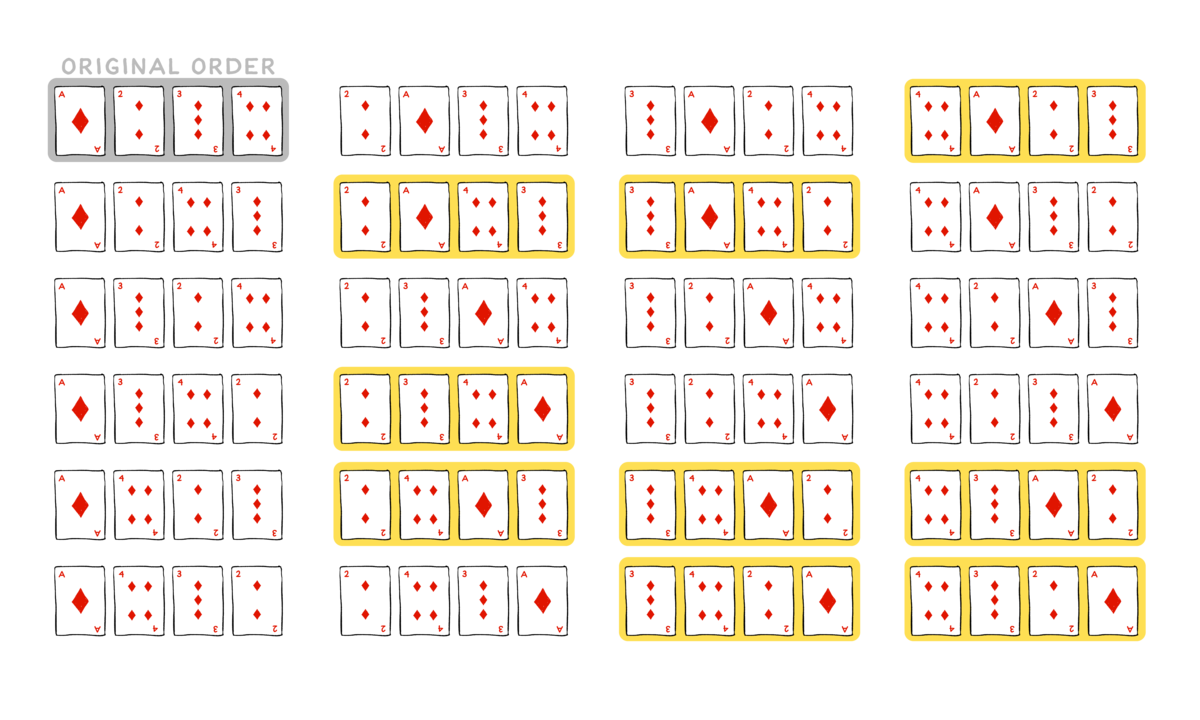 But how do we know that this is truly all of the possible arrangements? Think about it like this: if you're trying to make an arrangement of these four unique cards, you get to make three choices:

Finally, you're holding just one card, and you must put that card at the end.

Now that we're certain that these are all of the possible orderings, we can just examine them all and count the derangements. If you try it yourself, you should be able to find 9 derangements, aka, 9 arrangements where none of the cards are in their original positions. For the other 24−9=15 arrangements, at least one of the four cards is in the same position as it was in originally.

Lastly, let's phrase this as a probabilistic result. Since each of the 24 orders is equally likely, after the shuffle, there's a 249​=83​ probability that, after a shuffle, none of the four cards would be in their original positions.

If you shuffle the four cards below and then deal them out in a row on a table, what is the probability that the two queens are dealt out side by side?