For most games, identifying the perfect move is too difficult to do in practice. Chess, for example, has too many possible moves for even the fastest computer to solve it completely (so far), but many chess programs do have the ability to play the game perfectly when there are only a few pieces left on the board.

Today's problem involves a game, and it just might be possible that this game can be solved perfectly. Keep reading to see some examples of how to approach games like this, or jump ahead straight to today's challenge.

One mathematical game is called Nim. It works like this:

Let's look at a very simple version of Nim: two heaps, each with 2 stones. What are the possible first moves? Since the piles are equal, we can treat taking stones from the left and right as if they are the same move. 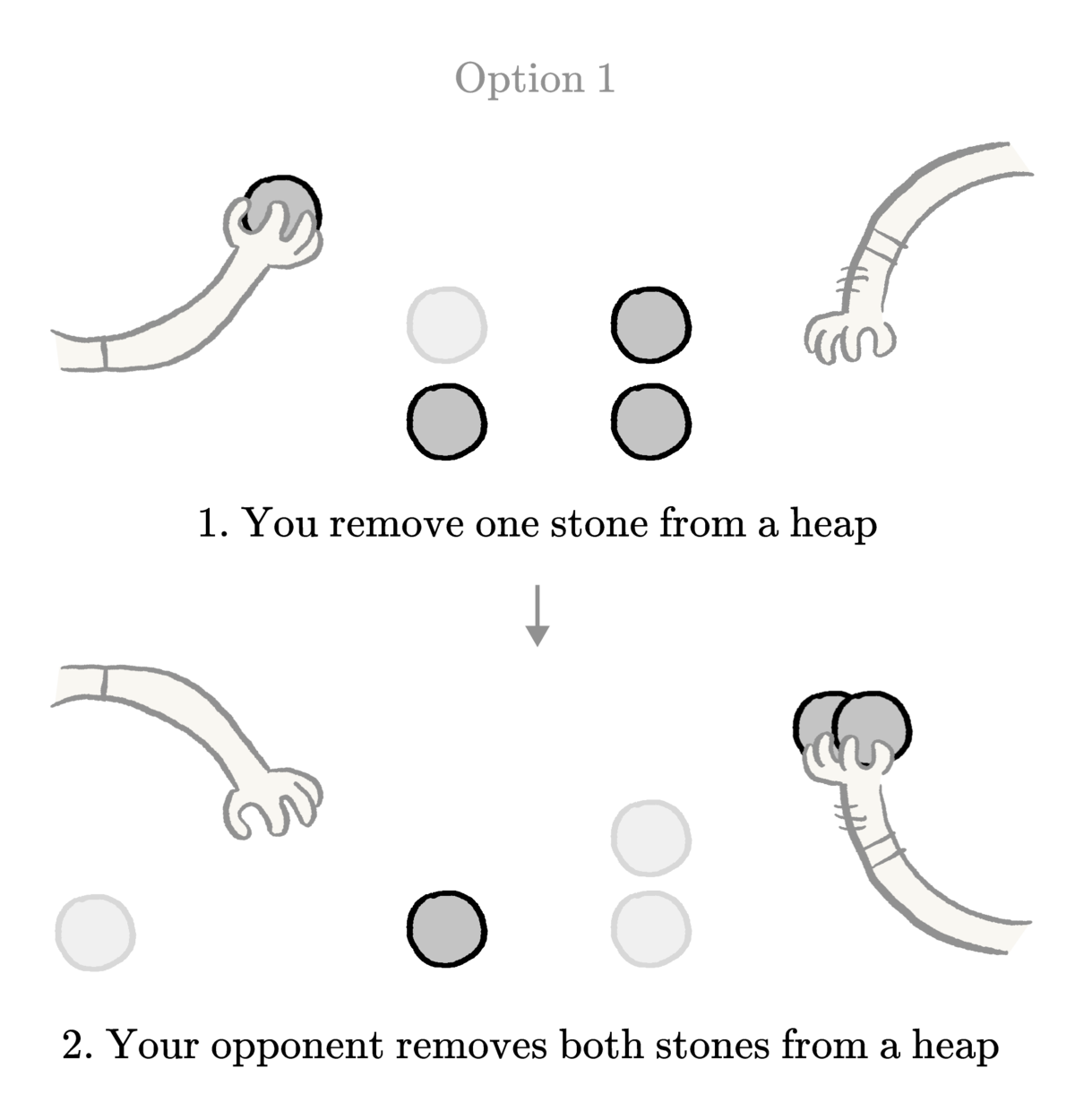 If you do that, your opponent can pick up two stones, leaving you with the last stone. That's not good. Let's try a different move: let's remove both stones from a heap on the first move. 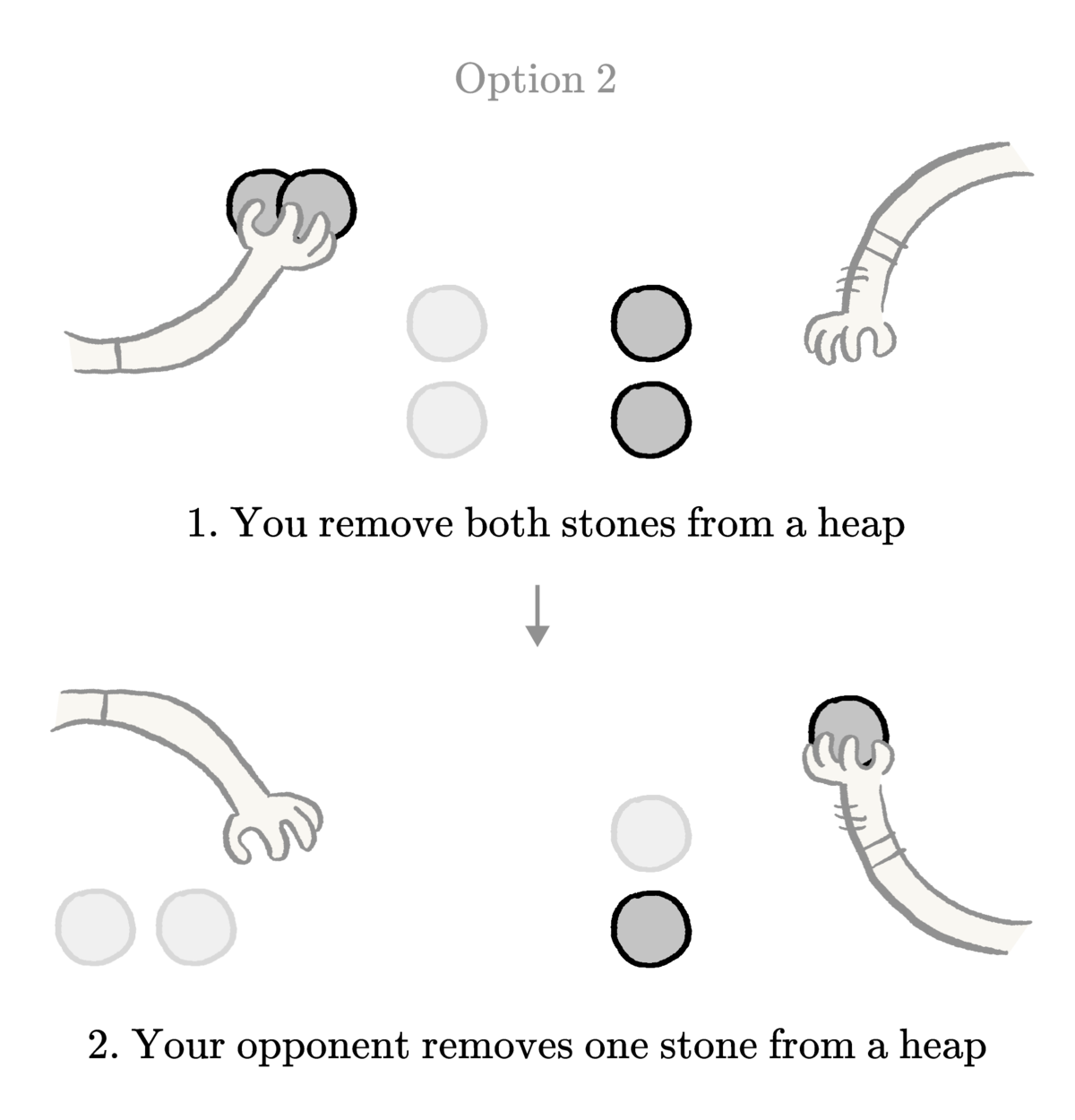 Uh oh. This move also makes it easy for your opponent to win. There's no good option for the first move!

If you want to win a game of Nim that starts with two heaps of two stones each, the best move is to make your opponent go first! No matter what they do, you will be able to win.

Let's look at another mathematical game: "21". It's like Nim in some ways, and different in others. The rules are as follows: 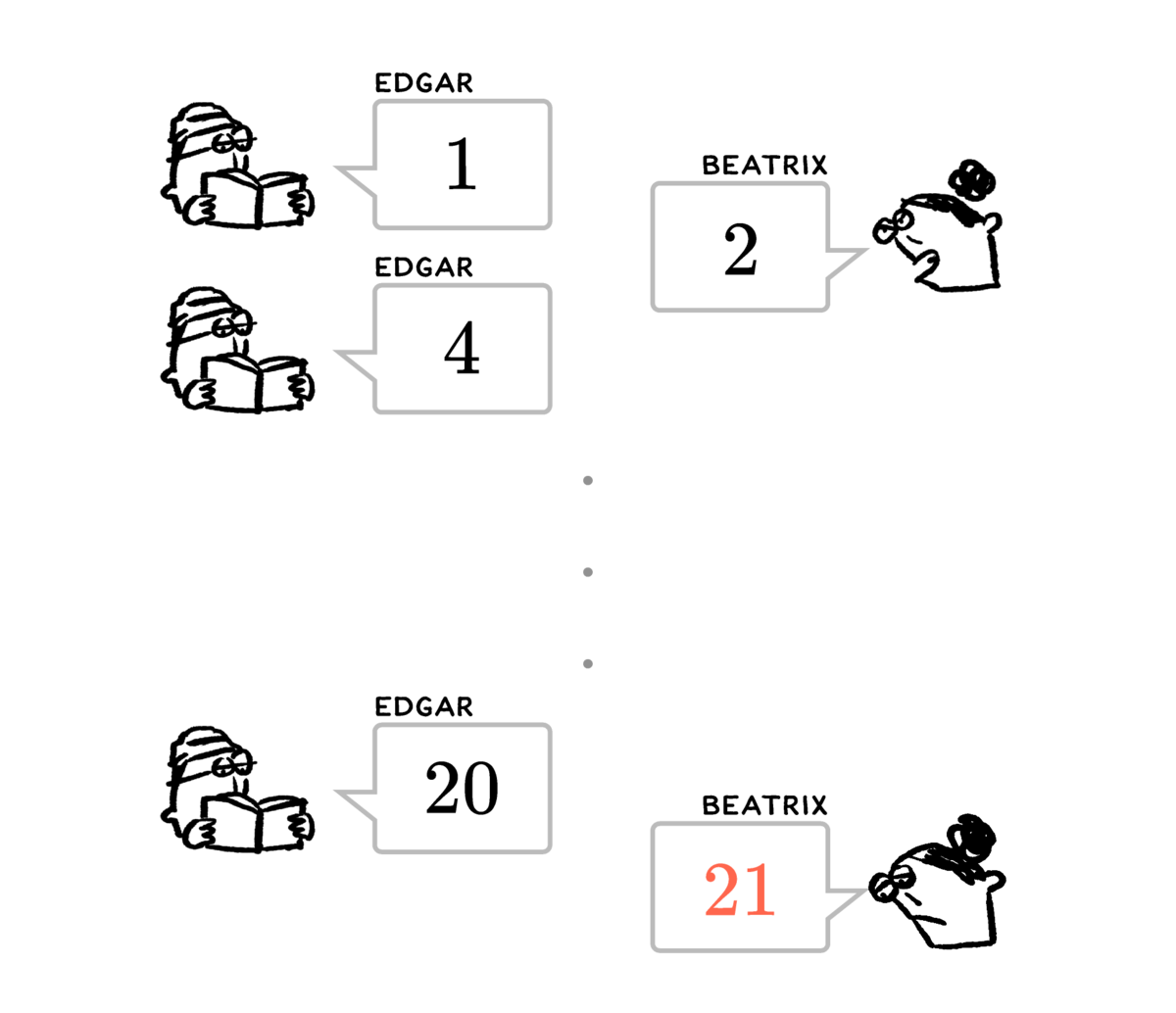 What is the optimal strategy for this game? Who will win if both players play perfectly?

One approach that can be helpful for thinking about problems like this is to start from the end. What is the winning move in this game? In this game, if someone says 20, then their opponent is forced to say 21 and lose, so getting to be the one who says 20 is a winning move. How can we get there?

In fact, we can continue to reason our way backwards from here: 16,12,8, and then 4. If the second player picks 4 as their first move and then chooses multiples of 4 through the entire game, they are guaranteed to win. 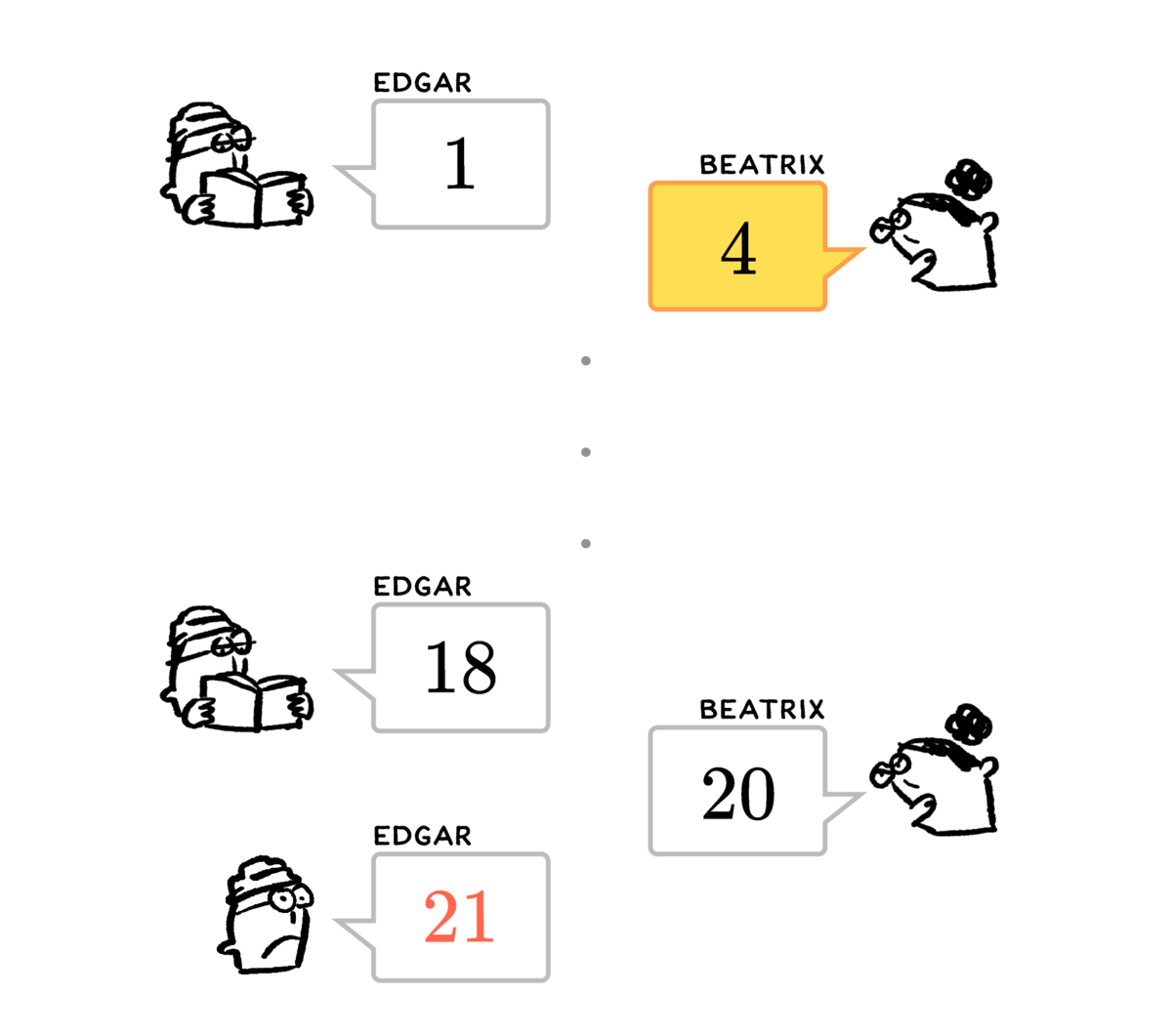 Can you use careful reasoning to solve the game below?

In this game, there are 6 cookies and 8 cupcakes. The game is played according to these rules:

Assuming both players play perfectly, who will win the game?