Lines are 1-dimensional, areas are 2-dimensional, and in the previous challenge we found that a coastline is somewhere in between. With all their twists and turns and rough edges, coastlines fill more space than a line, but not as much as an area.

A coastline is a naturally-occurring example of a fractal — a hard-to-define kind of mathematical object which is typically of a surprising dimension. Keep reading to learn more about fractals with a specific example, or jump right to the fractal in today’s challenge.

One defining feature of fractals is self-similarity: if you zoom in on a fractal, you’ll see that it is made of pieces that are similar to its overall shape. 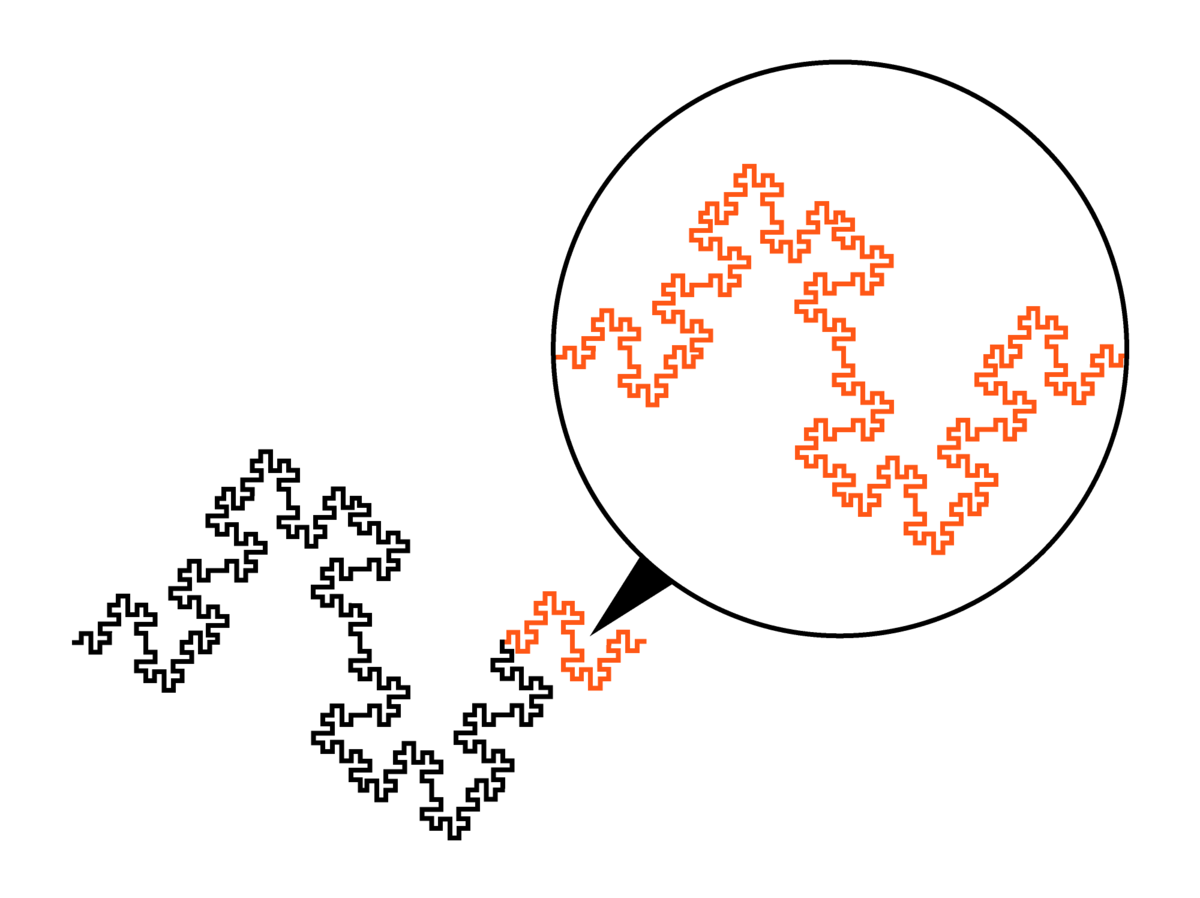 There are a number of ways to define a given fractal; one way that captures their self-similarity is an iterative procedure with “initiators” and “generators.” Here’s a method that will create the fractal above: 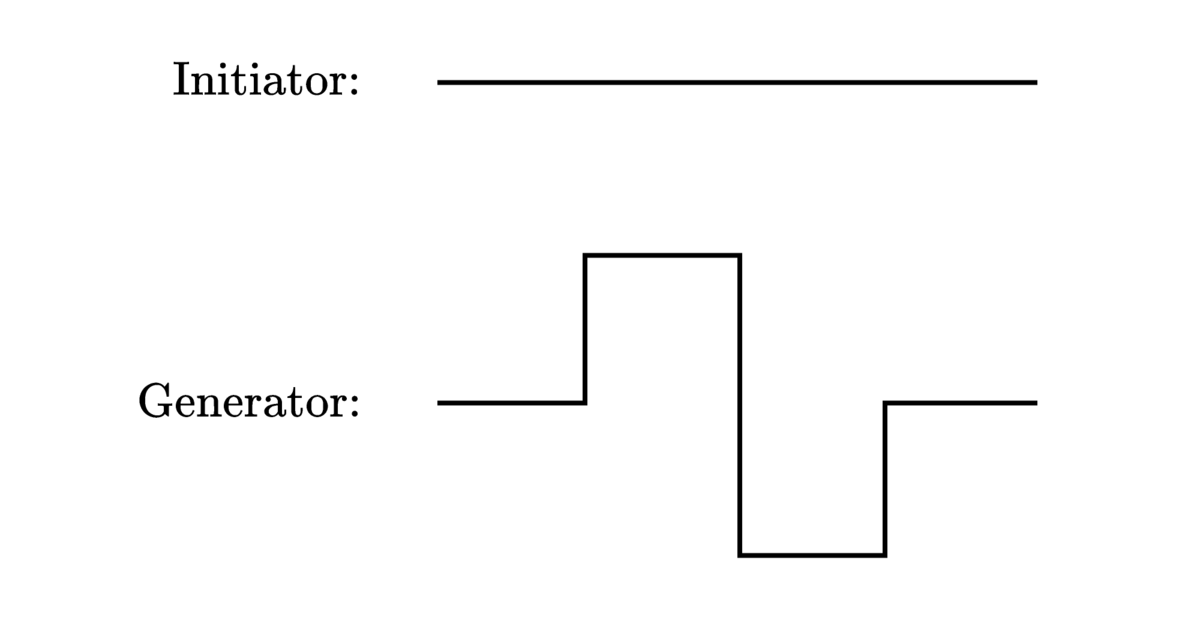 We see that, from one stage to the next, as the scale is reduced, this fractal grows in complexity very quickly. This is similar to a coastline, where using smaller units of measurement reveals more of the twists and turns and rough edges. So maybe their dimensions are similar?

First, let’s rephrase our dimension equation to be more clearly applicable to fractals defined with initiators and generators:

The dimension, D, of an iteratively defined fractal satisfies the equation C=SD if, to go from one stage to the next, we replace each initiator with C copies of itself, which have been scaled down by a factor of S.

Then with C=8 and S=4, the dimension of our fractal satisfies 8=4D. That means D=1.5. Just like a coastline, this fractal’s dimension is between 1 and 2.

Now it’s your turn to calculate the dimension of a different fractal.

A fractal can be defined by an iterative procedure of "initiators" and "generators." Consider the following: 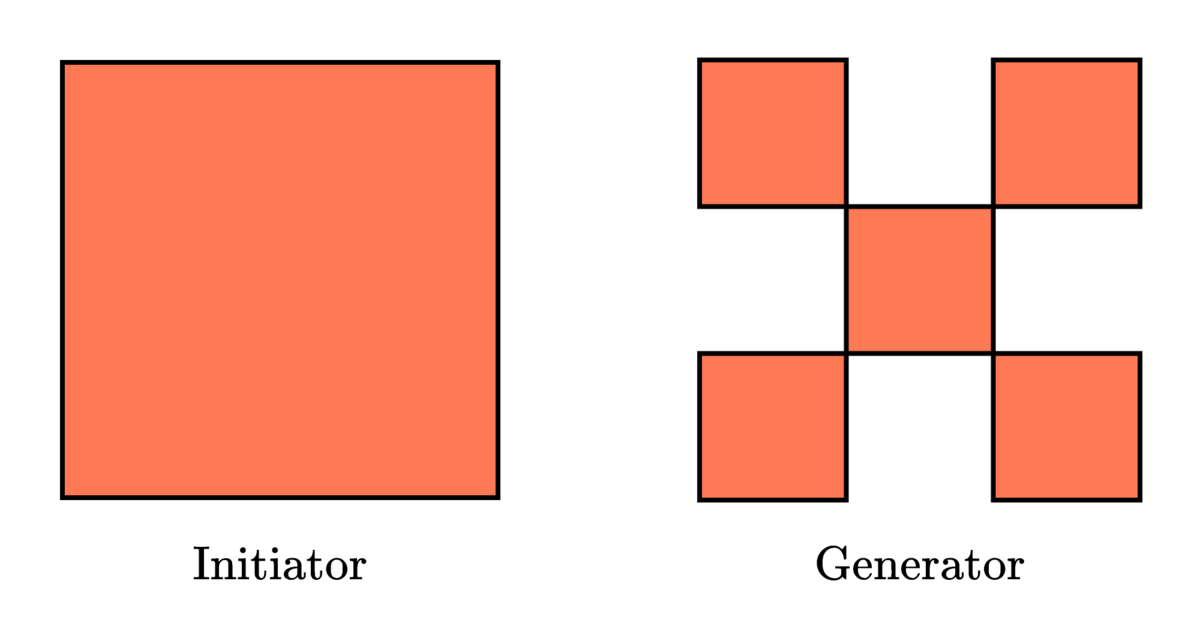 To go from one stage to the next, replace every copy of the initiator with a copy of the generator, scaled down as necessary.

The initiator and the generator are the first two stages. The next two look like this:

The procedure can be repeated ad infinitum.

The dimension, D, of an iteratively defined fractal satisfies the equation C=SD if, to go from one stage to the next, we replace each initiator with C copies of itself, which have been scaled down by a factor of S.

What is the dimension of the fractal defined by this initiator and generator?