How much information do you need to put three things in order, like the finish order of a three-person race? It turns out, not much at all. 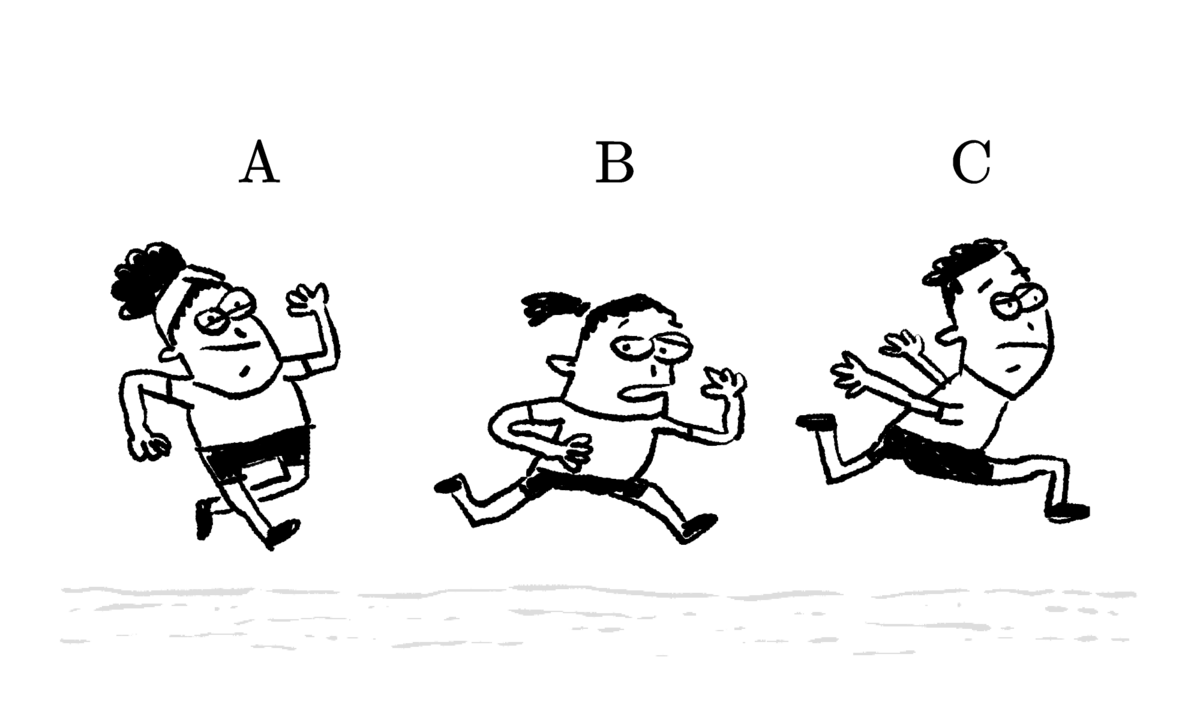 Suppose that, in a race among Amelia, Becca, and Carlos, we only know one fact: Becca finished before Carlos. What are the possible orders for the entire race? Keep reading to see some reasoning we can use on other puzzles like this, or jump ahead to today's challenge for a trickier problem.

We can often make order problems like this easier by focusing on a single unknown factor and then testing different cases for that unknown. For example, in this problem, we can focus on "where did Amelia finish?" and then test different cases to see if they conflict with any facts. To see this logic demonstrated, use the arrows below the figure:

Since we know the relationship between Becca and Carlos, Amelia's position in the race completely determined the entire finishing order. There are three possible total finishing orders: one for each of the positions in which Amelia can finish.

What if we add another runner to the race, Dara, and have a more complicated scenario? Dara finished more places ahead of Amelia than Becca finished before Carlos. We can start by again thinking about an unknown: "how did Becca and Carlos finish?"

There is only one way these conditions can be satisfied without conflicts, so we have only one solution.

To complete an ordering puzzle, we have to make sure all of the conditions are satisfied at once. We can try to hypothesize about possible orders and adapt, as in the examples above, or combine conditions to deduce something definitive about the ordering. See what strategy works for you in the puzzle below. 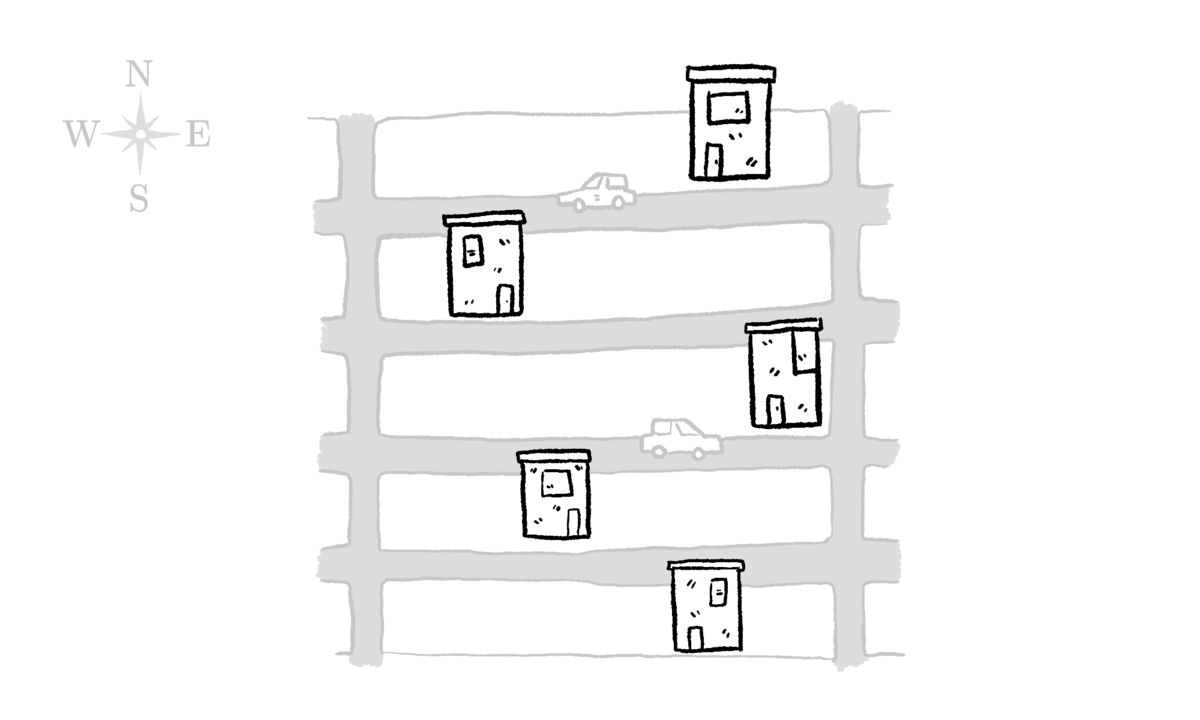 The following information describes how their houses are arranged from north to south:

Whose house is the farthest north?