Can a statement be true if all of its parts are false? Surprisingly, the answer is yes!

An implication, also known as an "if-then" statement, describes a particular dependency between two claims. For example, the following statement is an implication:

In the example above, we have two different statements inside the implication:

The implication doesn't tell us anything about whether or not each of these two statements is actually true. Rather, it tells us about a dependency between their respective truths. An if-then statement tells us that when the premise is true, it forces the conclusion to be true.

Because the movie implication involves two different statements (the premise and the conclusion), there are four possible combinations for their truth values. 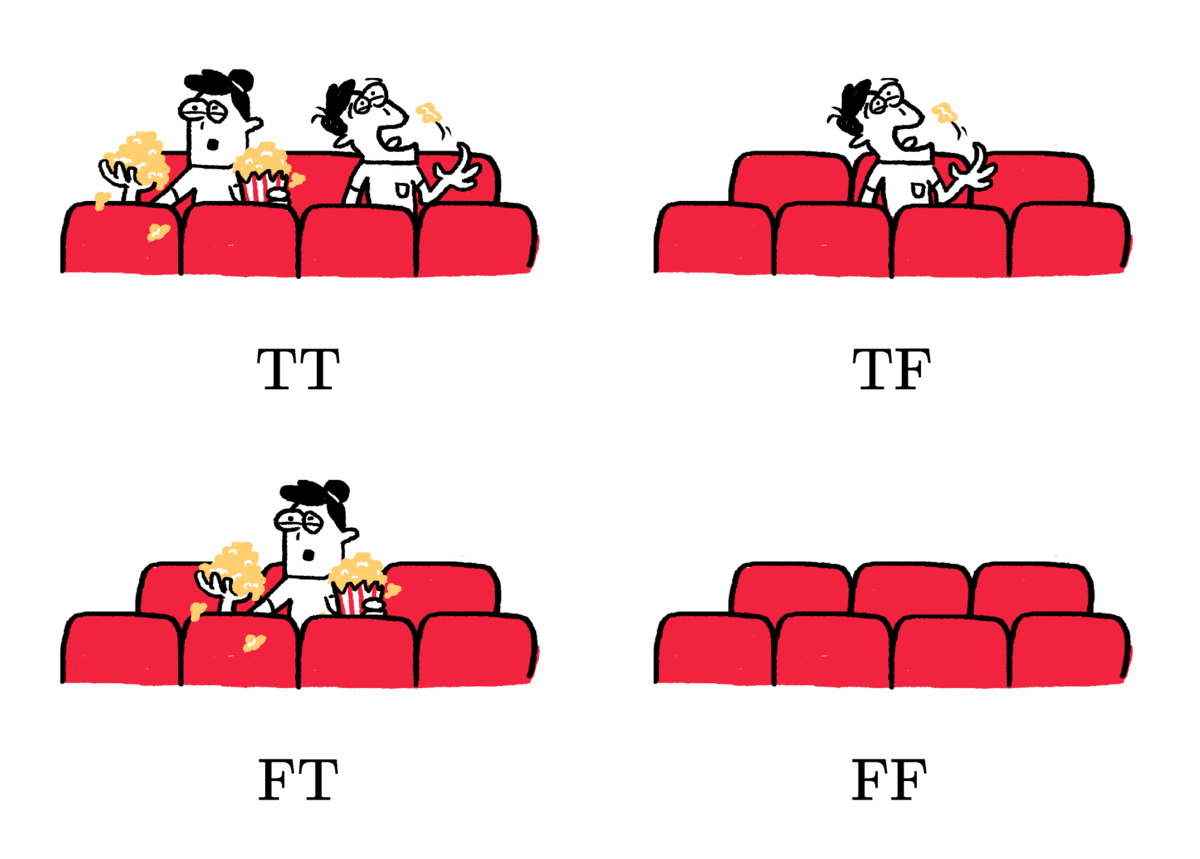 In our movie scenario, the vacuously true case is a bit less outlandish, but it still exemplifies the strange but logical result that an implication with a false premise and a false conclusion is itself a true statement. Consider this:

In this scenario, both the premise and conclusion of the first statement are false, but the implication itself is still true. This counter-intuitive property of implication and of vacuous truth is key to understanding many logic puzzles, including the one below.

An implication (also called an "if-then") is a statement in logic that connects two statements together in such a way that if the first is true, the second must also be true. For example, "If it is a dog, then it is a mammal" is an implication.

On any given day, Sam either always lies or always tells the truth. 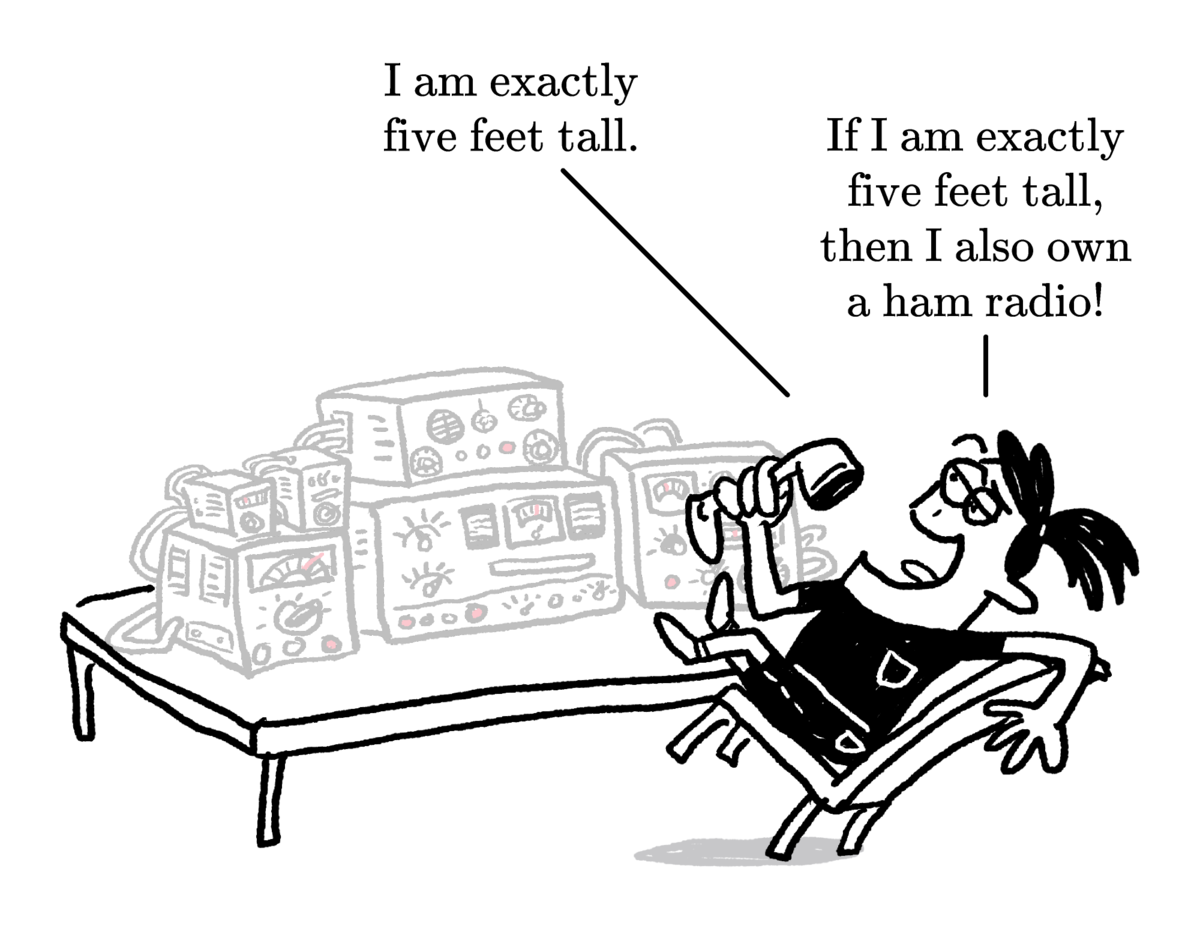 Does Sam own a ham radio?

Note: Don't rely on the picture for this problem. Try to determine using logic what we can conclude from Sam's statements.