Given the two balance scales, we might ask how much the green triangle weighs. 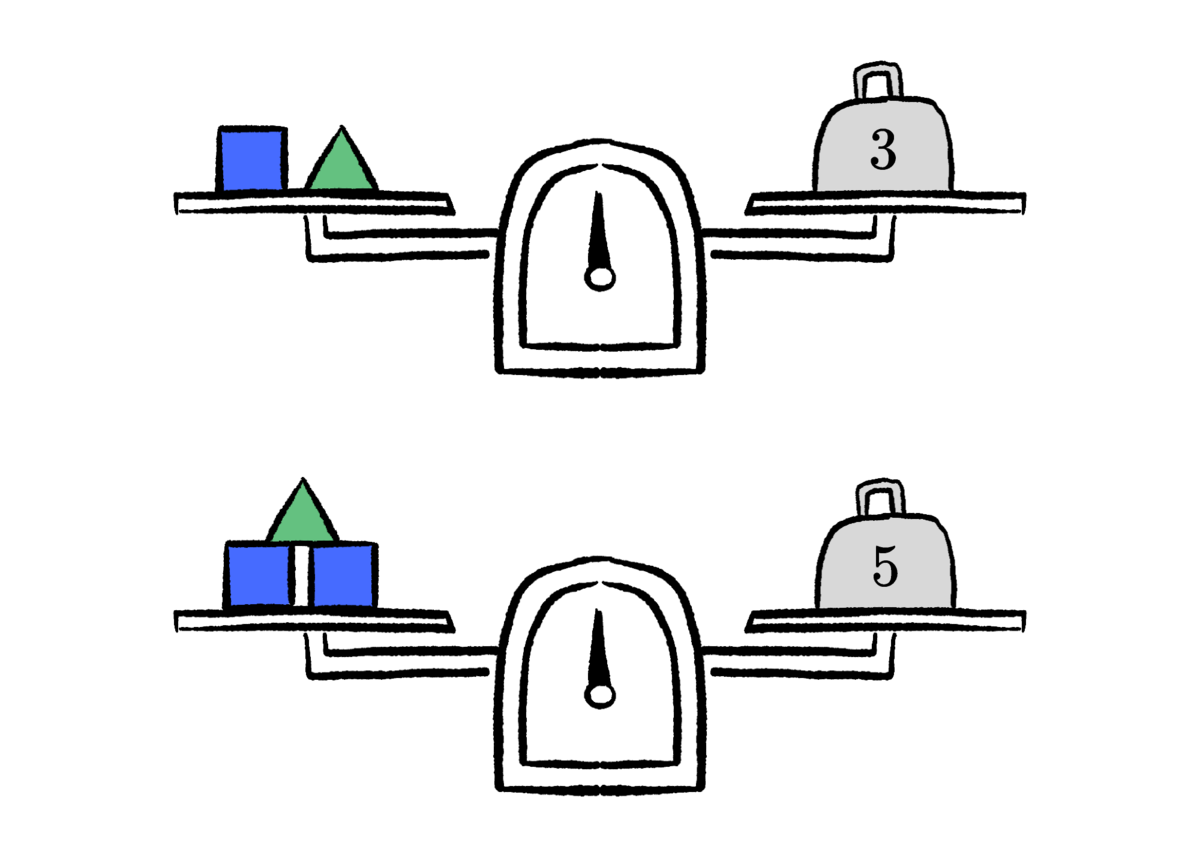 Or perhaps, we might want to know the value of t in the equations s+t2s+t​=3=5.​ In either case, we can use the same approach: the elimination method.

Elimination depends on this fact:

We can always keep a scale in balance by removing (or adding) equivalent quantities on both sides. 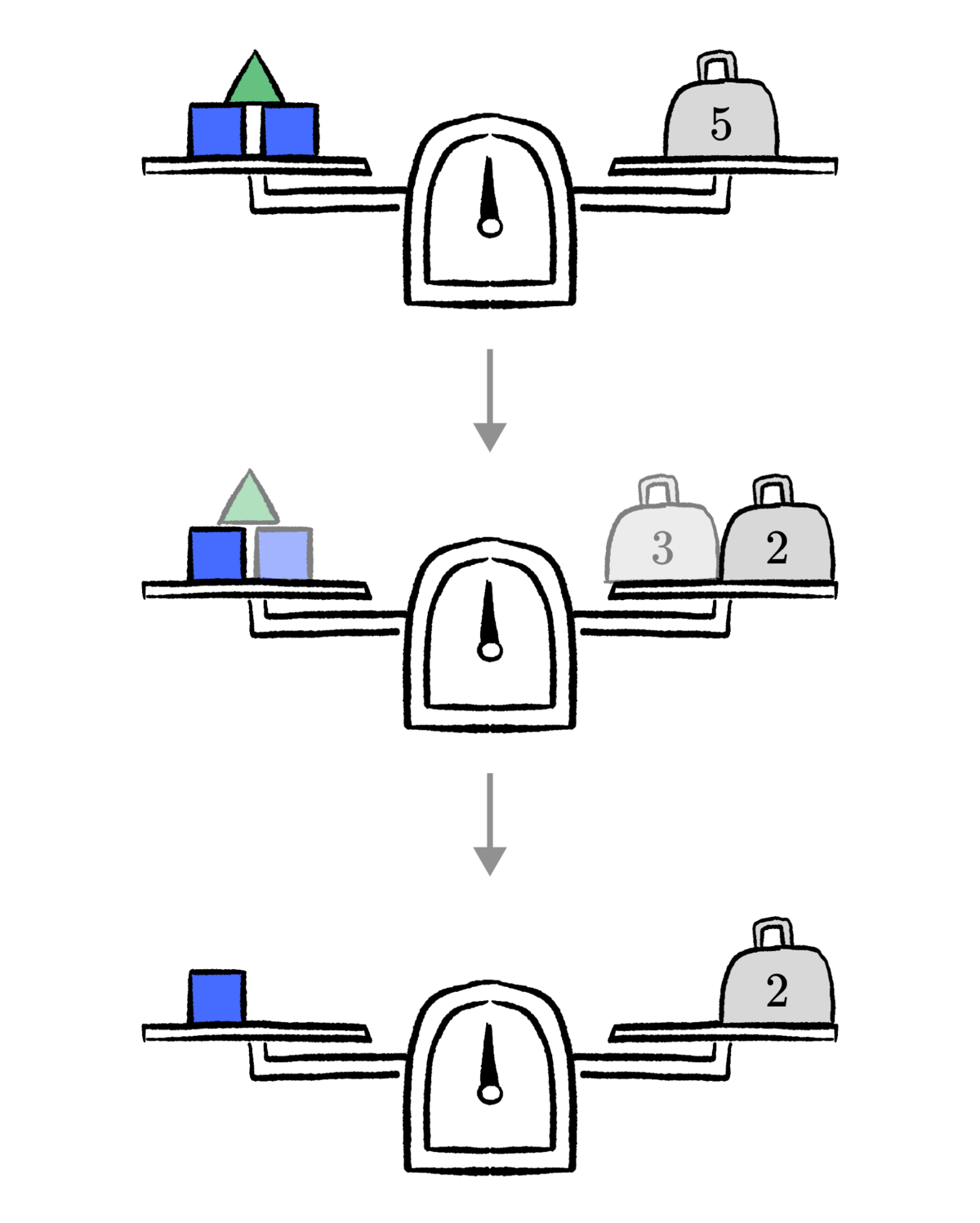 From here, we can solve directly: the blue square equals 2, so the green triangle must equal 1.

Let's look at the same approach but this time with an algebraic representation: s+t2s+t​=3=5.​ Subtracting the first equation from the second, we get 2s+t−(s+t)⇒s​=5=−(3)=2.​ Because s=2, we can conclude that t=1. By combining these equations, we found the solution very quickly.

Although the problem below looks cumbersome, if you approach it as an elimination problem — where combining the equations together lets you simplify — there's a straightforward path to the solution.

Given the balance scales below, which combination would balance with three squares? 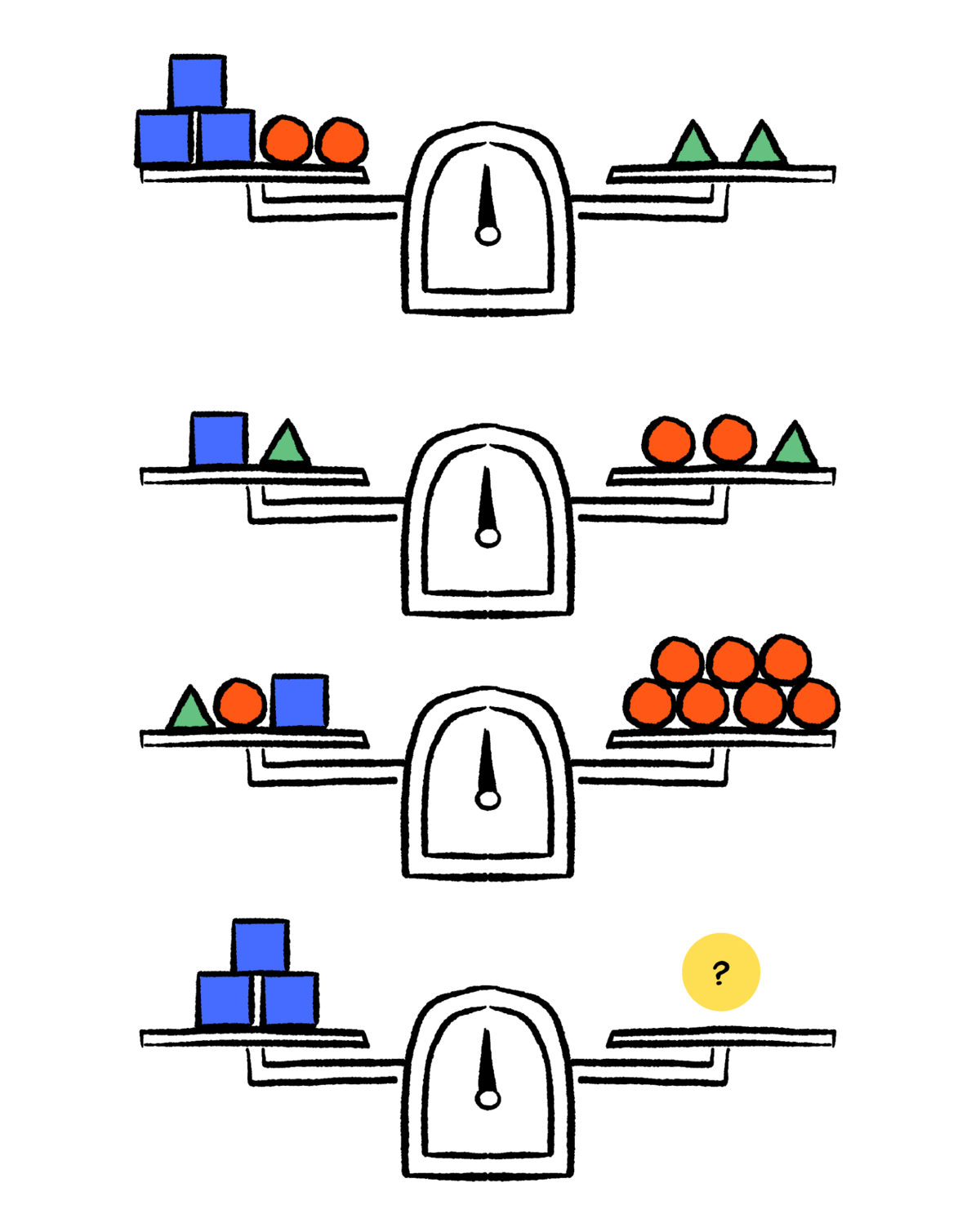