Today, Pearl’s 9 grandchildren are coming to visit! She loves to spoil them, so she opens her purse and finds 13 dollar bills.

In how many different ways can Pearl distribute those dollars amongst her grandchildren? Keep reading to find out, or skip to today’s challenge for a similar problem.

As we’ll see, there are a lot of ways for Pearl to distribute her dollars! So, let’s start with a smaller example. Last week, Pearl’s 3 favorite grandchildren visited, and at that time, she had 4 dollar bills to give them. To visualize how they could be distributed, she laid them out in a row, along with some pencils to divide them into 3 groups.

To create 3 groups, we need 2 bars to separate the stars. So, to count the total number of arrangements into groups, we can count where in the line of stars and bars we can place those bars to define the groups.

Now we can use this same method to count the number of ways for Pearl to distribute 13 dollar bills amongst all 9 of her grandchildren — we represent it with 13 stars in a row, and we can divide them into 9 groups using 8 bars. Then there are 13+8=21 positions available for the bars, and the rest must be filled with stars. That makes (821​)=203940 arrangements, or possible distributions of dollars!

Woah… hopefully Pearl has a way to narrow down the choices! Now, can you use stars and bars to solve today’s challenge?

Leticia is writing a test question for her math students. She wants them to find solutions to the equation x+y+z=12, where x,y, and z must all be non-negative integers. 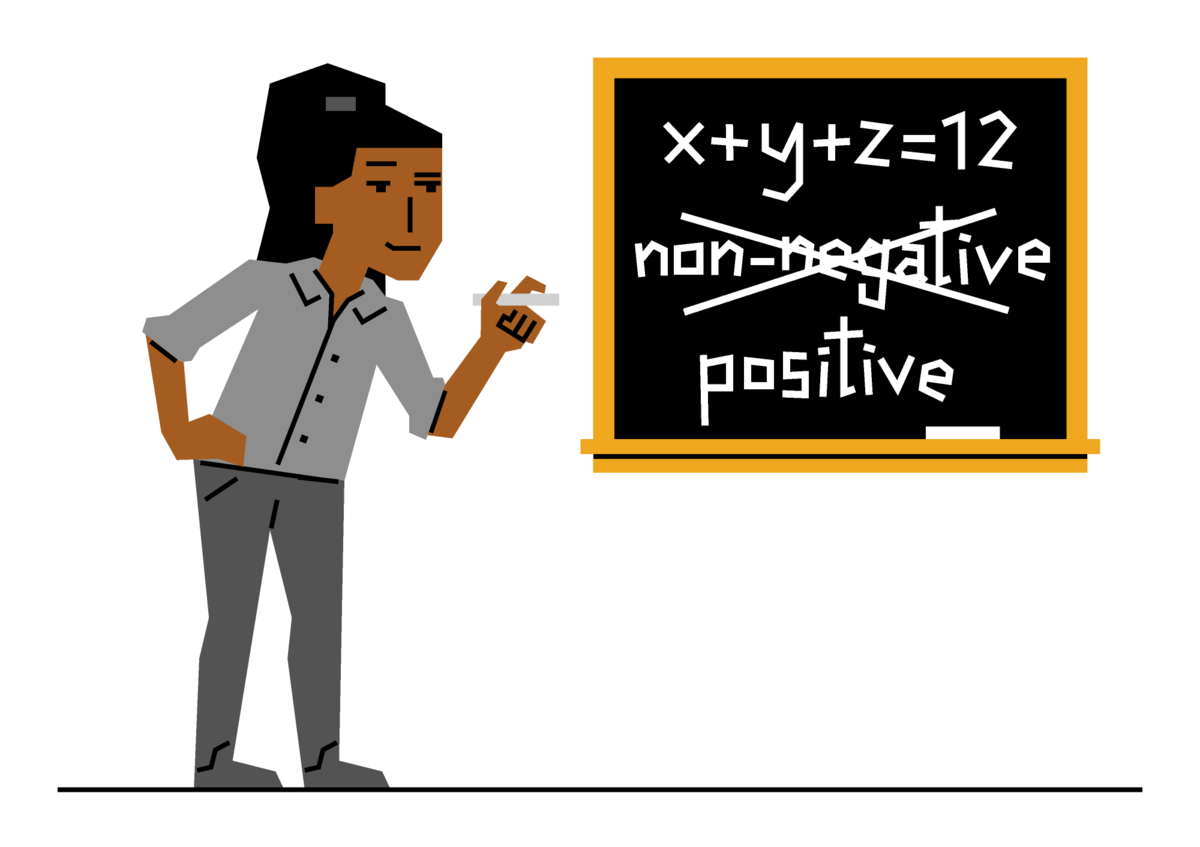 If she changes the "non-negative" condition to "positive," then the number of solutions will decrease. By how many?

A non-negative number is zero or greater than zero.