I'm currently interested in the concept of high dimensions and stuff, I did many types of research, mostly games Devlogs which gave great assumption of the higher dimensions. I'll share what I learned in a series of notes. 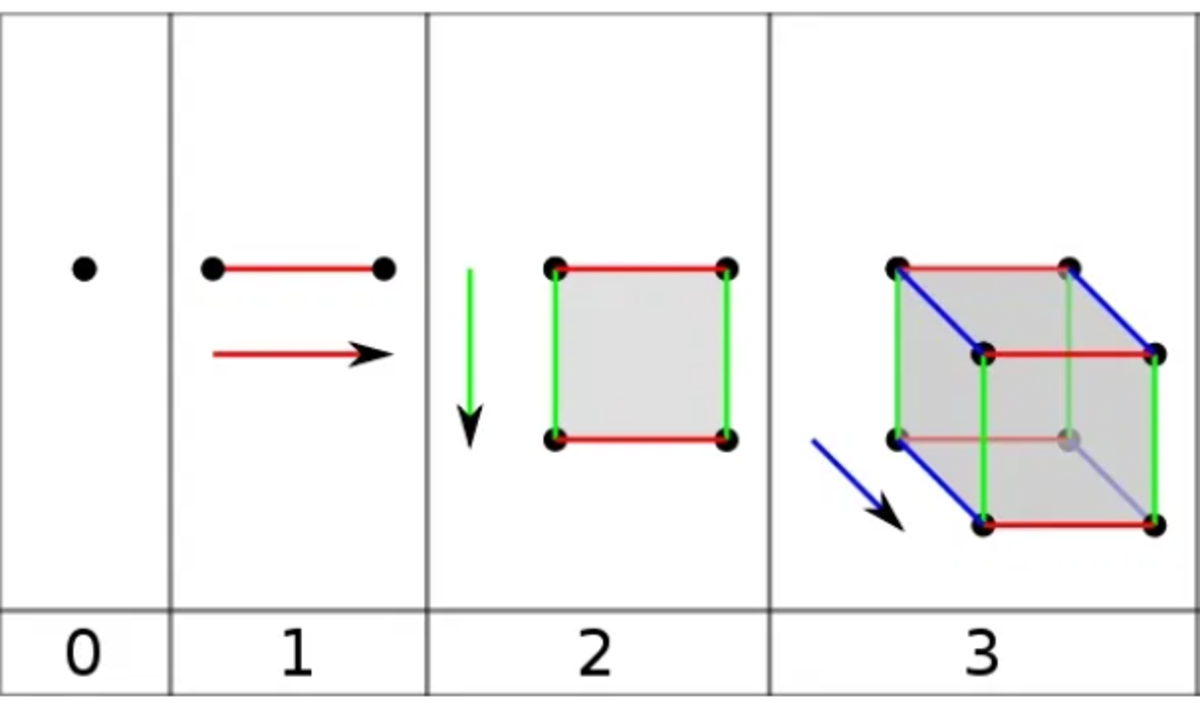 0D: 0d objects have no axis to exist on, almost equals to nothing, but there is an existing object. (We can't see)

1D: Objects can exist on the x-axis, but no others, space took up by the object is called length. (We can't see)

2D: Objects can exist on the x and y-axis, a plane! Y-axis is perpendicular to the x-axis, space took up is called the area.

3D: Objects can exist on the x, y and z-axis. Z-axis is perpendicular to both x and y-axis, space took up is called the volume.

(Concept) 4D: Objects can exist on the x, y, z and w-axis. W-axis is perpendicular to all x, y and z-axis ( Can you imagine? ) We don't have a proper name for an area taken up by a 4d object, but let's say if all 4 axis is measured in centimetres, then our unit for the object will be...

In the next part, we'll discuss how will 4d object look like.

And feel free to comment if you have any ideas!

BTW this is an illustration of a 4d cube which I don't quite agree on: 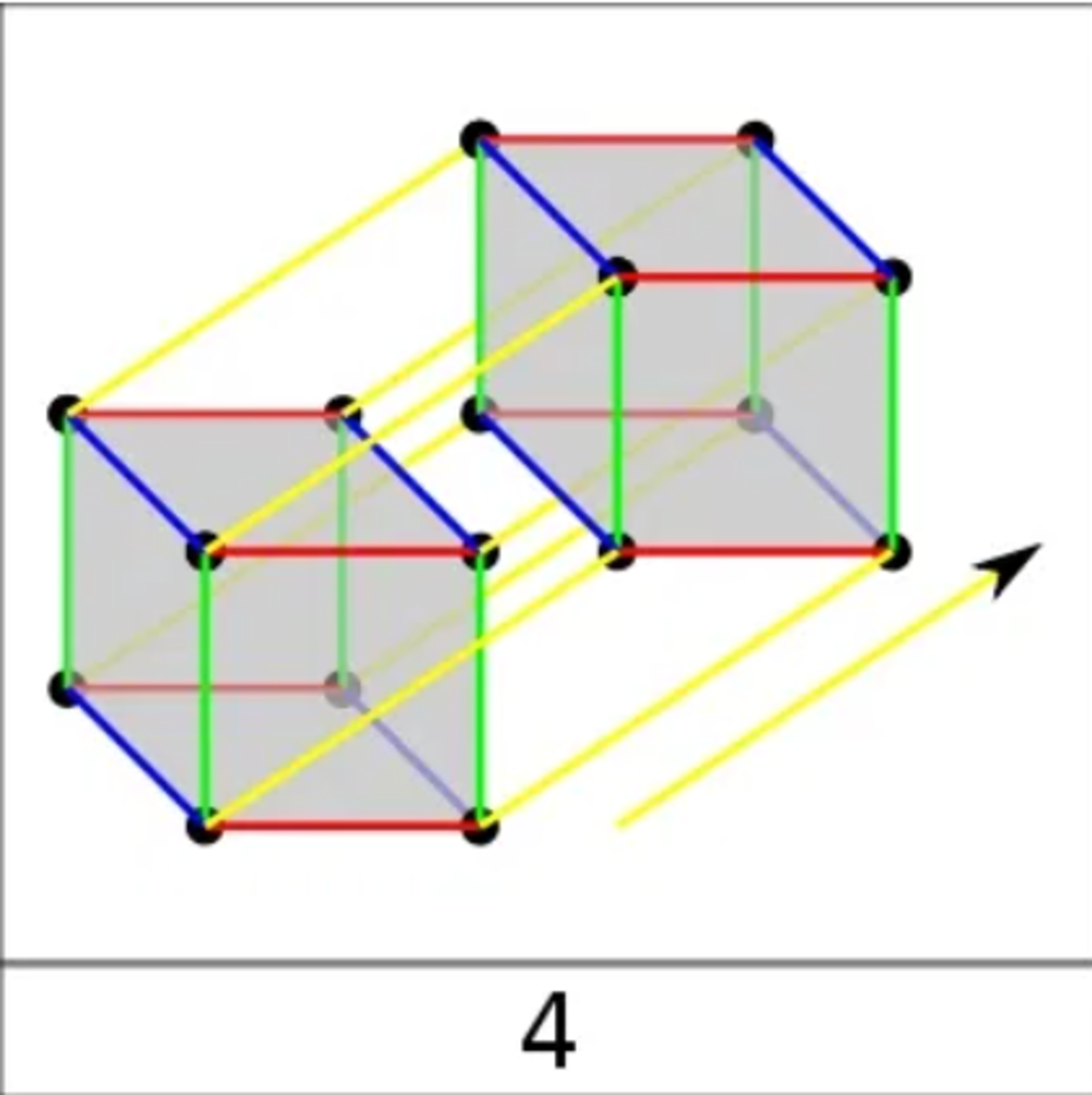 What about an animation? Check Wikipedia's animation of a 4D cube.

yeah, This concept doesn't quite fit that gif too, but I'll definitely add some animations in the next part!