•I have heard very frequently that it’s impossible for Humanity to ever reach the speed of light (c). So i came up with this thought experiment.

•I am considering this to be my school project so please tell me if I have made any mistakes.

Now, imagine there exists a ring with no atmosphere that orbits a Sun. The ring orbits the Sun with a velocity c÷2. Now imagine that Humanity invented a train that can speed up c÷2. We dig a tunnel that goes around the ring. We place the train in the tunnel on the wall closer to interstellar space, so that it moves in a way that it never turns to prevent energy loss. Since there is no atmosphere there can’t be any resistance for the train. on the opposite side of the ring we place another train, that the ring is in balance. The two trains start moving at c÷2 in the direction the ring is moving.

•Will it ever reach the speed of light? 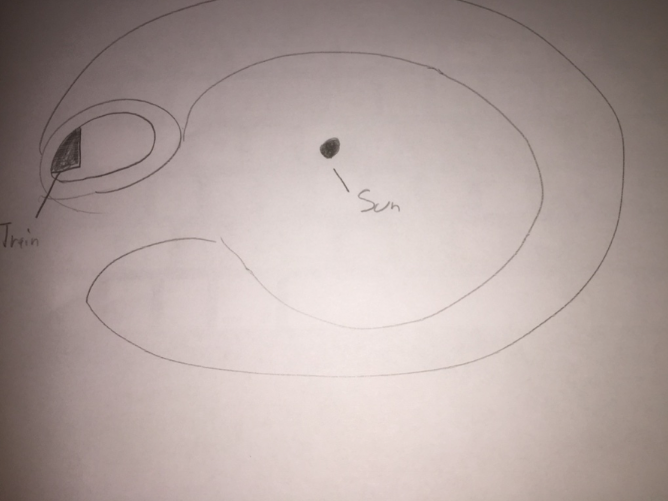