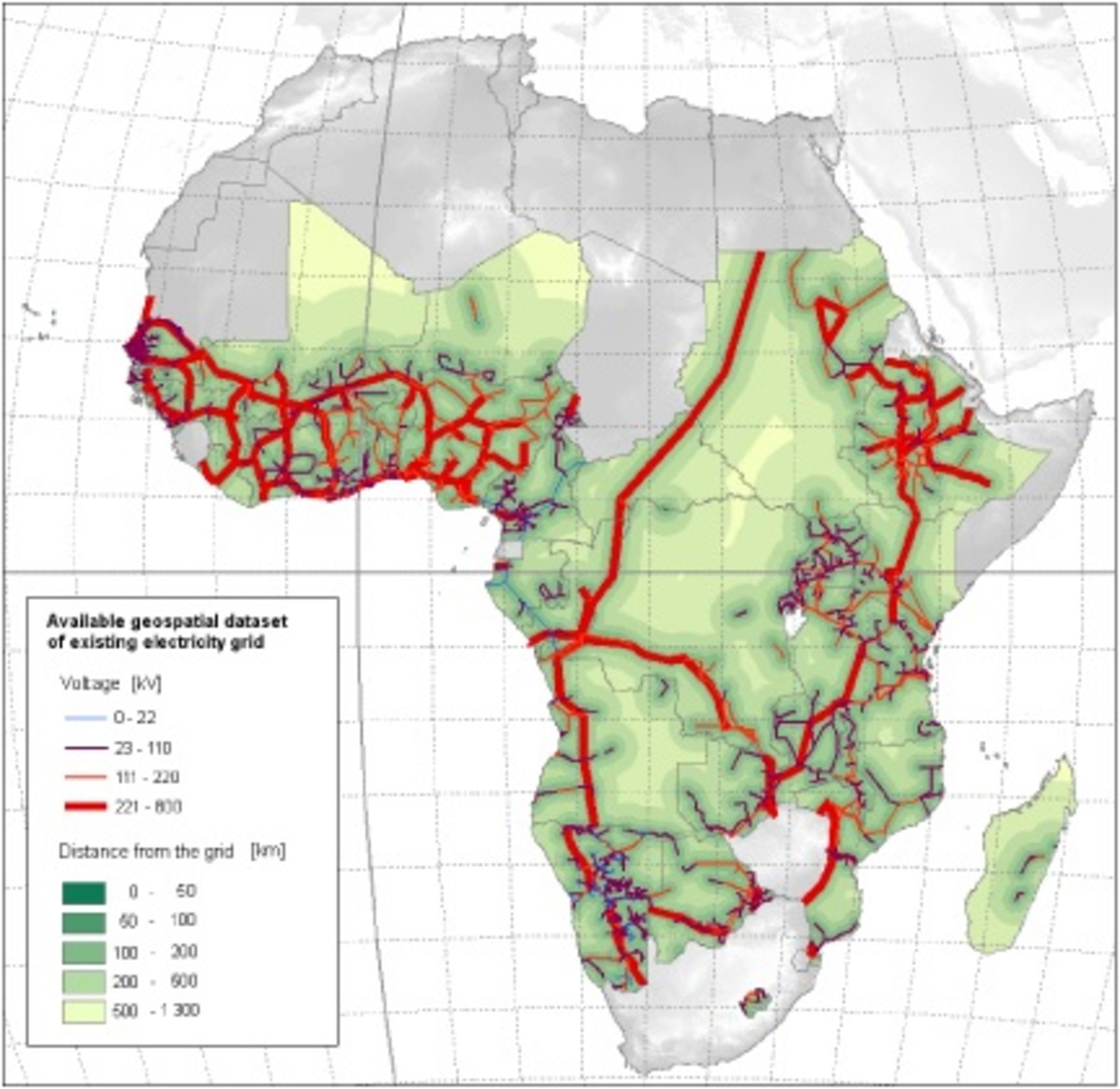 Science and technology can make the world a better place. And, in fact, the technology to combat disease, pollution, reliance on biofuels, and improve communication exists and is often quite cost effective. However, there is an underlying resource that must be available before implementing almost any new technology. This resource is so important it deserves to be stated by itself:

One of the places with the largest energy deficit per capita is Africa. If one can deliver enough clean energy to poor regions stoves can heat, water can be purified, lights can turn on, and cell phones can run, without the correspondng health hazards of kerosene, coal, and wood. Delivering clean energy is difficult in Africa, however, as there is no infrastructure that can get electricity, the most portable form of energy, to everyone; almost 600 million people are off the electric grid (see the figure above). While one should not conflate electricity with energy there is no clean, easily transportable form of energy other than electricity.

There are different approaches to providing energy to all parts of Africa. Since electricity is the only clean portable form, one approach is to simply expand the electrical grid. This is difficult and costly in many places however. As an alternative one could forego transport and create usable energy where it's needed with portable systems.

If a portable system is to work, the energy must be already where it is needed. The transport and use of biofuels contributes to the problems we are trying to solve, so portable systems need to use an alternative source of energy instead. There is in fact one abundant energy resource in Africa that is already wherever you need it to be: solar energy!

This set of notes and problems will help you understand the energy needs and some of the technical issues faced when designing a solar power station suitable for an African village.