An Explanation for the Decimal System Problem

This is my simple explanation: The decimal system, first proposed by the Vedic Hindus, and then popularized by the Arabians is a positional number system (a one where position of a digit in the number carries some "weight"), and consists of ten fundamental symbols, viz.,0,1,2,3,4,5,6,7,8 and 9. So it is obvious that any number in this system has to be expressed using a combination of these ten digits. Suppose one is independently formulating the decimal system in his or her mind. He or she starts to count: ONE(1), TWO(2), THREE(3), FOUR(4), FIVE(5), SIX(7), SEVEN(7), EIGHT(8), NINE(9)..and then he or she gets stuck with the problem-How to express TEN? There is no digit in the system to express the number TEN. So, the person tries to exploit whatever is in his or her hand - the ten digits. He or she then goes back to the digit 0. But 0 has been already used once in order to express the number ZERO. So in order to express the number TEN, one is taking help of this zero once more. To signify this repetition of usage of the digit 0, he or she places a 1 (that is the number of times 0 is being repeated) to the left of zero. Now the writing of 1 to the left of 0 may be attributed to the fact that the Arabians used to write from right to left, a fact which I am not very much sure of. Thus, what are we doing in this process of constructing the numbers with the help of the ten digits? After the ten digits of the decimal system get exhausted as we denote the first ten whole numbers with them, starting from zero, we come back to 0 again in a cycle to express the numbers from ten onward, writing the number of repetitions on the left of the digit we are using for the particular number. The following image clarifies the explanation: 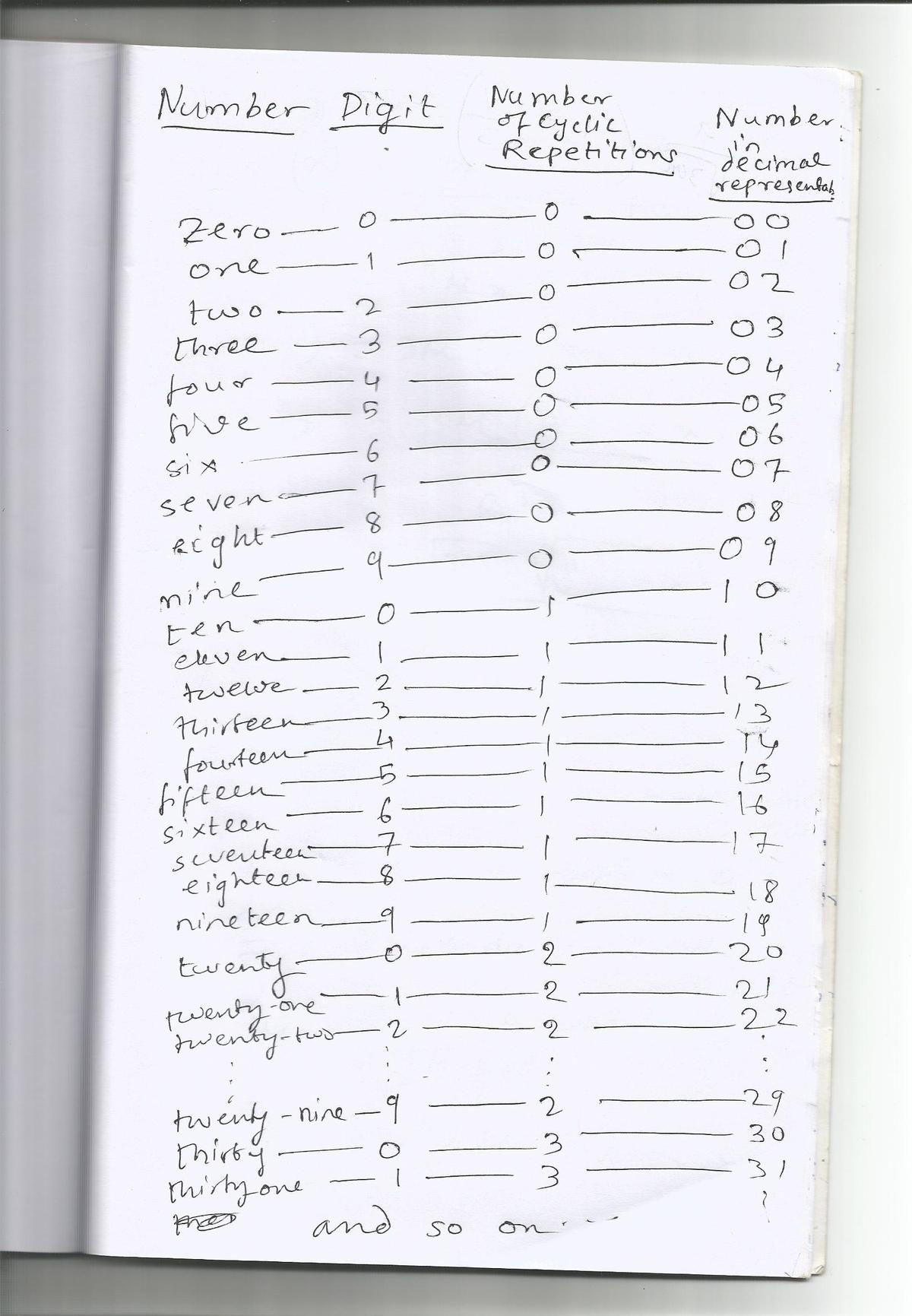