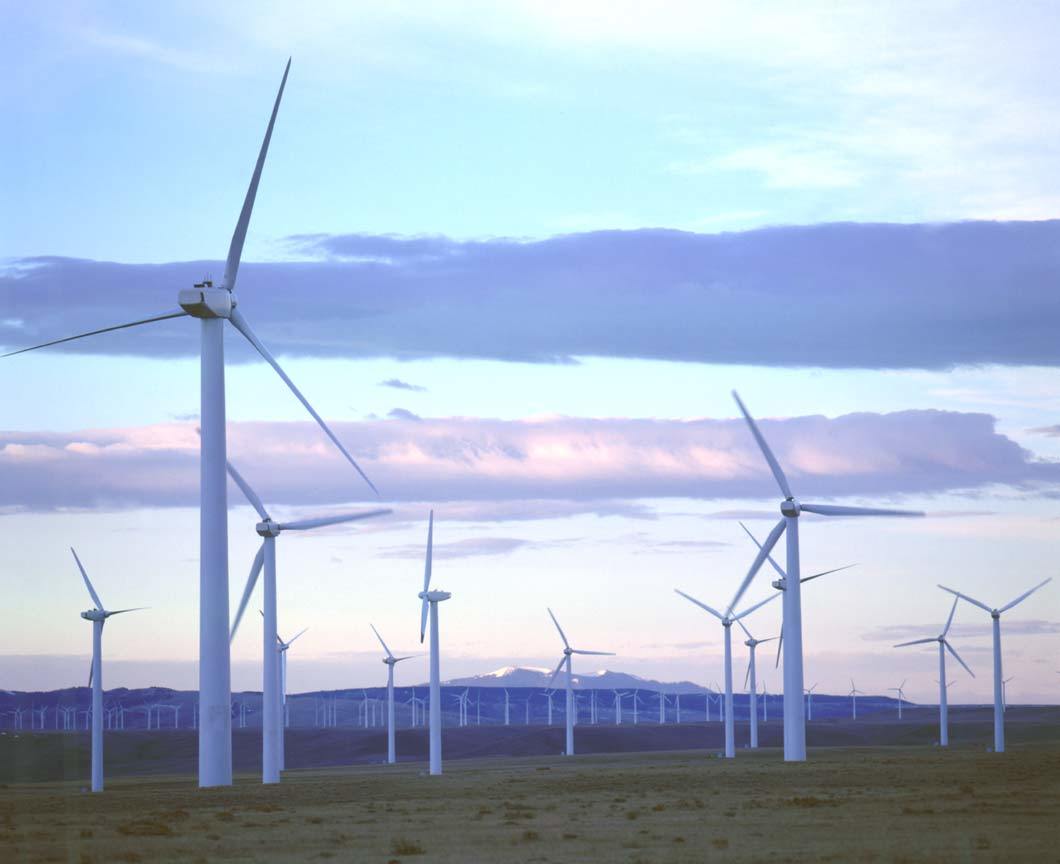 Wind Power is simply the conversion of wind energy into a more useful from of energy using wind turbines. Although wind currently produces approximately 3%% of world-wide electricity use in 2010, it still accounts for approximately 21%% of electricity production in Denmark, 18%% in Portugal, 16%% in Spain, 14%% in the Republic of Ireland and 9%% in Germany.

With the advent of technology, the use of wind for electricity generation has been expanding rapidly recently due to the major breakthroughs in technology and an increasing, pertinent concern over the harmful emissions from conventional power stations associated with burning fossil fuels. As wind power is renewable and does not cause pollution, environmentalists choose this over fossil fuels as a preferable choice.

Although wind power on the surface looks seemingly a possible, viable solution to end the battle against environmental problems, but recent studies suggest that this may lead to long term effects on wildlife living in the immediate areas of larger wind farms. It may also possibly affect regional weather patterns as warmer areas affect the formation of cloud and even wind speeds.

Consider this example, usually at night the air closer to the ground becomes colder when the sun goes down and the earth cools due to convection currents. However this may not be the case on huge wind farms, where the motion of the turbines mixes the air higher in the atmosphere that is warmer, pushing up the overall temperature, possibly accelerating the drastic climate change.

In fact in Texas, the area that is now covered by four of the world's largest wind farms, Satellite data found that over a decade the local temperature went up by almost 10C as more turbines are built in that area.

In a nutshell, even renewable sources of energy still have its drawbacks ultimately. So, should we support or abolish the use of this "environmentally-friendly" wind power. If so or otherwise, why? What are some other disadvantages of wind energy? How could we make wind turbines more efficient in environmental and energy-efficient aspects? These are your food for thought to discuss about. Hope it isn't too lengthy.....

this drawback is very small as compared to the advantages so I think we should continue with wind power.And, in my opinion wind mills should be at places where no one lives and unused parts of the country so that it doesnot affect human life.Moreover, non-renewable sources are limited and create a lot of pollution and is enough to deteriorate the environment within few years.

Human technology isn't static. It evolves, so that what seems like a good, expedient idea now may not be the best in the future. In some places in the world, people are still burning animal poop for fuel. Clearly, this is not the vision for the future. Burning fossil fuel powered the industrial revolution starting in the 19th century, but, again clearly, this is not the vision for the future. Right now, windmills is gaining, it's one of the fastest growing sources of energy, so whatever environmental cost this has, it's small compared to the current alternative. Eventually, maybe someday, wind power, too, will not be an ideal source of energy, maybe something else will replace it, something even more environmentally friendly and less intrusive, like maybe some advanced forms of fusion power---but until then, it's a nice, friendly technology to have around. As compared to many of the current alternatives.