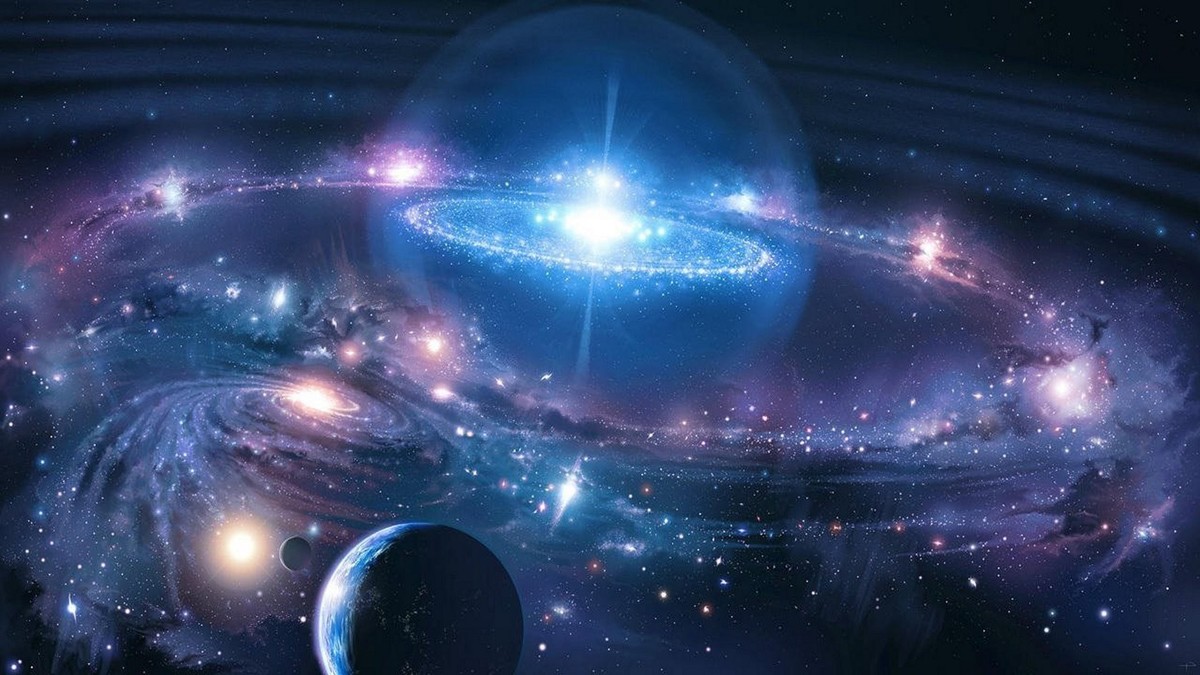 Do you believe that the planet Earth is only one planet with living organisms and intelligent life in the universe? The universe is infinite space no boundaries and infinite distance. Infinite population of stars and galaxies. What have you notice on the news about intelligent life and habitable zones?

What is your guess? Try to share and explain us.

Note by A Former Brilliant Member
5 years, 7 months ago

Certainly no, because on earth we only find carbon based life, however chances are there that life can exist in other forms. We simply cannot rule out this possiblity that those organisms which are silicon based or any other element based can survive in those conditions in which we think life is not possible for us.

For the sake of the argument, let's imagine that there are "millions" of parallel universes. Intelligent life could exist in those other universes, but we'd never know about them because there could be fundamental physical barriers to any communication between the parallel universes. Well, the vast distances in our universe is a pretty stiff physical barrier. While it might be conceivable that an advanced civilization could spread throughout our own Milky Way galaxy over some millions of years, chances look dim for any such spread between far-flung galaxies that are millions to billions of light years distant. Even then, it's a presumption to say that advanced civilizations would be motivated to spend millions of years just getting from star to star within a single galaxy. Simply "spreading" is not necessarily an "advance" in life form. Starfishes "spread" in coral reefs, this is what lower life forms do, but does not necessarily reflect what higher life forms do.

In short, while it is likely that there are numerous other advanced life in the universe, the "Fermi Paradox" may not be such a paradox after all.

No, because no one can ensure that there is a planet other than our planet , the planet earth that can be inhabited by living creatures . Even if there can be ascertained that the distance of the planet to planet Earth so it could not be ascertained .

The Kepler space probe has found thousands of habitable planets where primitive life has already been found.

Can you provide substantial data to your claim ?

No. There will be other living species in other planets in our solar system and beyond it.

As for living organisms, obviously the answer is no. I think there was an article on possible microscopic lifeforms on Venus. But, as for intelligent life..... Well, that's the big question isn't it? No one has answered the Fermi Paradox until now. But, I don't think that we are the only intelligent lifeform in the universe.

What' s the fermi paradox ?

@Jonathan Alvaro – Check this out

The universe is so amazing. I have heard some things in the news though that there may be in fact another planet in between Earth and the asteroid belt. I didn't believe it at first because how could nobody have noticed it before. But studies have shown that it is possible. What do you think?

I was thinking about this and I have a solution:

Answering the question "is the universe = infinity?" Is like answering the question "is p questions or np questions easier to compute?" They are solvable but are the hardest to answer (if your unfamiliar with p vs np look it up) now lets first ask "do aliens exist?" The answer is yes, because there is photographic and video proof of this in the 20th century, but none in the 21st century because they know if we see them they will have to reveal themselfs to us publicly as enemies or friends.

Why am I making a possibly false statement and possibly not related to the topic? Well it is, because aliens are proof that there is other life in the galaxy and that shows that the universe may be infinite because it's most likely self generating like minecraft in a way, now minecraft isn't isnt infinite but self generation is a good example that space can keep generating for the longest time, then you get other questions like: "what's the creator of all this?" "Does God exist?" Even "is there other dimensions outside of ours?"

In case of living organisms The answer is probably no.....but if you are talking about intelligent life, that's altogether different and very difficult to say yes or no...

Does existence of life needs favourable conditions as on earth.