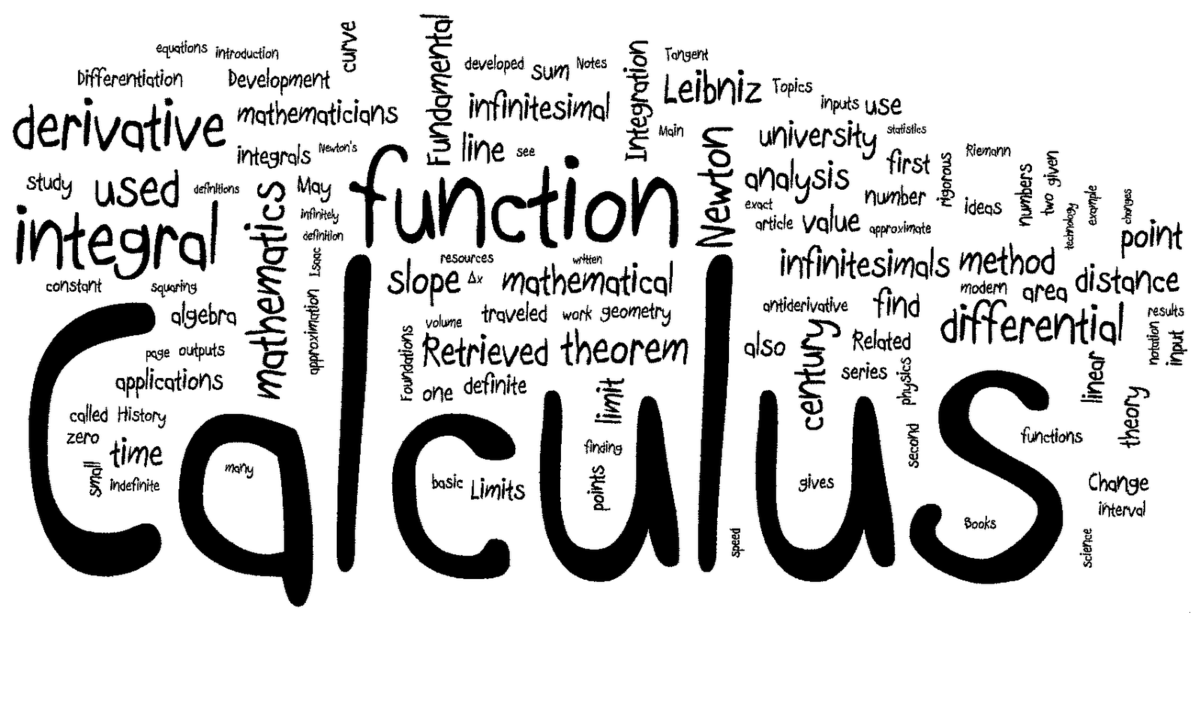 Some of my favorite Calculus jokes are: Q: Why should you not mix alcohol and calculus? A: Because you should not drink and derive.

Two mathematicians, Isaac and Gottfried, are in a pub. Isaac bemoans the lack of mathematical knowledge among the general public, but Gottfried is more optimistic. To prove his point, Gottfried waits until Isaac goes to the bathroom and calls over the barmaid. He explains that he is going to ask her a question when Isaac returns, and the barmaid simply has to reply: “One third x cubed.” She replies: “Won thud ex-what?” Gottfried repeats the statement, but more slowly this time: “One . . . third . . . x . . . cubed.” The barmaid seems to get it, more or less, and walks away muttering over and over again: “Won thud ex-cubed.” Isaac returns, he downs another drink with Gottfried, the argument continues and eventually Gottfried asks over the barmaid to prove his point: “Isaac, let’s try an experiment. Miss, do you mind if I ask you a simple calculus question? What is the integral of x^2 ?” The barmaid stops, scratches her head, and hesitantly regurgitates: “Won . . . thud . . . ex-cubed.” Gottfried smiles smugly, but just before the barmaid walks away she stares at the two mathematicians and says: “. . . plus a constant!”

Note by Rishabh Raj
7 years ago

Hahahahaha!! The last one was funny! :)

Newton and Leibniz would never go to a bar together :D