Can you construct these figures Practically ?

Deceiving diagrams can be stumbling blocks in solving mathematical problems.

A mathematical inspection of the sides of this "triangle", reveals the diagram is impossible using the given lengths. (Any two sides of a triangle must be greater than the third) 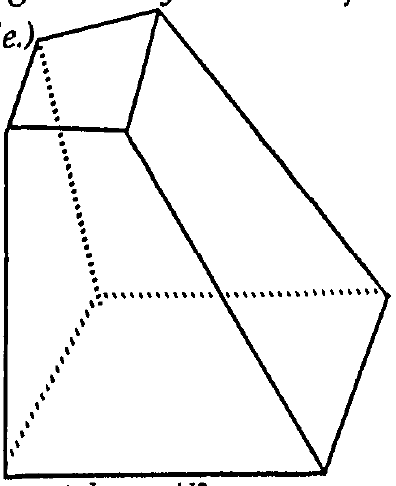 Impossible figures have stimulated the minds of artists and mathematicians for centuries. Perhaps the first impossible figures resulted from an artist's misinterpretation of perspective - or perhaps it was intentional. We find examples of such works as early as the fifteenth century in the restored work of the Grote Kerk in Breda in Holland.

Below we see the use of three pillars and two arches -the pillars should be collinear , but the manner in which they are placed in perspective makes the arches bend forward and the middle pillar appear to be in the background. In the sixteenth century, Giovanni Battista Piranesi produced litho-graphs -Carceri d'invenzione (imaginary dungeons) - in which impossible figures appear to create bizarre spatial scenes. 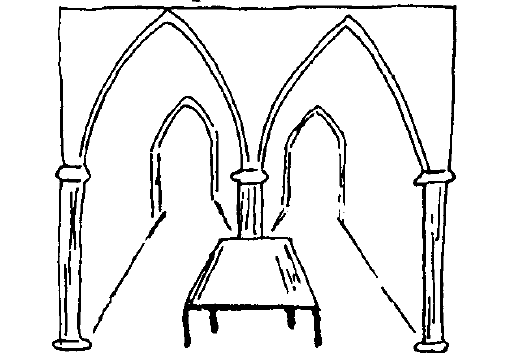 In the nineteenth century we note the intense study and creation of optical illusions. And in the twentieth century we find exciting works involving impossible figures.

The Swedish artist Oscar Reutersvkrd in the 1930's drew the first impossible tribar using an arrangement of nine cubes. He subsequently experimented and produced many drawings.

Roger and L.S. Penrose in the 1950's wrote on impossible figures in which they described the tribar and the concept of an endless staircase which could be ascended and descended endlessly and vet remain on the same level. 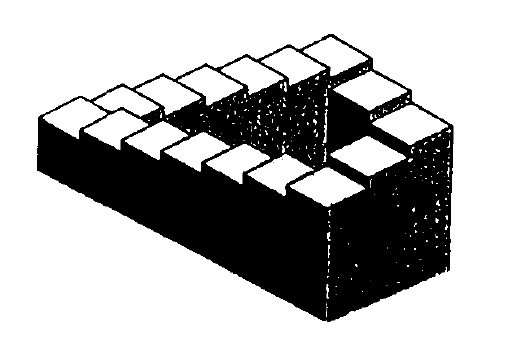 One more showing the Duality of a cube : The cube can be viewed as inward or outward : - Here goes the figure : 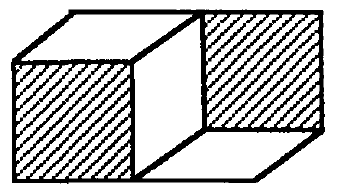 Today, computers are the new medium available to the artist/mathematicians. Computers in the hands of the artist/mathematician, are helping create the next generation of impossible figures. For example, I I look what happens to the impossible prong when, by the click of the mouse, it is reversed (make all white parts black and all back parts white). 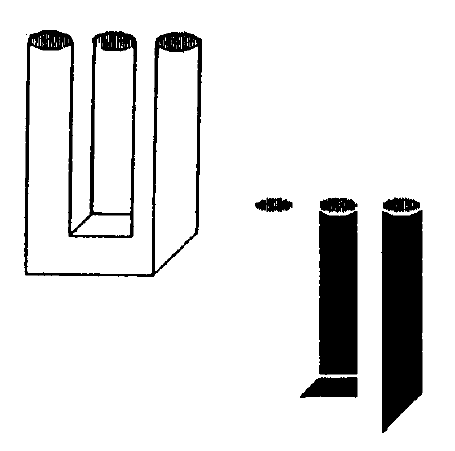 * It now has a whole new feeling. It is exciting to anticipate these new figures. *

The fascination and mathematical explanations for the impossible figures of the future will definitely stimulate the mind and the imagination.

Leave your amazing comments & ideas here. and Keep Exploring the Universe of Mathematics.

Wonderful ! Keep your creativity alive forever.. Thanks for sharing it.

i will doze off

Beautifully written! Thank you for sharing with us!

I loved those stairs, for a moment they looked really absurd and the next moment OMG!