Changing the way ratings are displayed

Coming from somebody who writes as well as solves a good deal of problems, it is my belief that the system for displaying ratings can be somewhat misleading. Allow me to explain:

When a user assigns an unofficial rating to a problem, nobody can see it. So people end up just blindly solving problems that could be really tough, and could be insanely easy. It's like blindly going to IMO and attempting 4th-grade problems, or vice-versa (usually the latter for me :D).

On the contrary, when the user who posted the problem looks at it, he sees the rating as if it has already been assigned that rating! For example, if I were to pull up one of my unrated problems, I would see in full color, a Level 3, or 4, or whatever, as if it were really true!

The only true way to determine if one or more of my problems are rated is by looking it up.

I know the staff has a lot on their plate, but this is a very easily-fixable bug that will greatly improve the user experience.

My suggestion is to do what we had before. It used to be that when a problem was first published, it had its rating displayed in a less opaque color. I wonder why that was taken away. Anyhow, it'd be fantastic if that was reintroduced such that users viewing others' problems can get an estimate of the difficulty, and so that the writers of problems know if their problems are "for real" or not.

While on the subject, it's a really big turn-off for problem solvers if a problem doesn't have any rating. For example, I was one of the first or second people to solve Daniel Liu's "Maximize an Almost-Facotrable Expression". Now, it's a really high leveled problem, and I have gotten no points.

I don't have any really great ideas for how this could be fixed as I did the last little problem, but I'm sure there's a way.

Thanks for being awesome Brilliant! :D

And, as always, don't forget to like and reshare!

Maybe other users can rate one problem, for me self rating is rather subjective, or maybe a benchmark to which we could rate our own questions

Yeah....... I have to ask my friends on Brilliant whether my problems are rated. Also some problems made or reshared by the best of feeds are not rated.

Do you have the power to give problems official ratings? @Calvin Lin

I realized that with problems that I have assigned ratings to but are unconfirmed tend to have another problem, labelled as "Try this next!" shown below the problem. I would assume that this is the case for most other problems; is this correct?

Additionally, problems that are unconfirmed seem to have a greyish rating, instead of a bold, dark one. 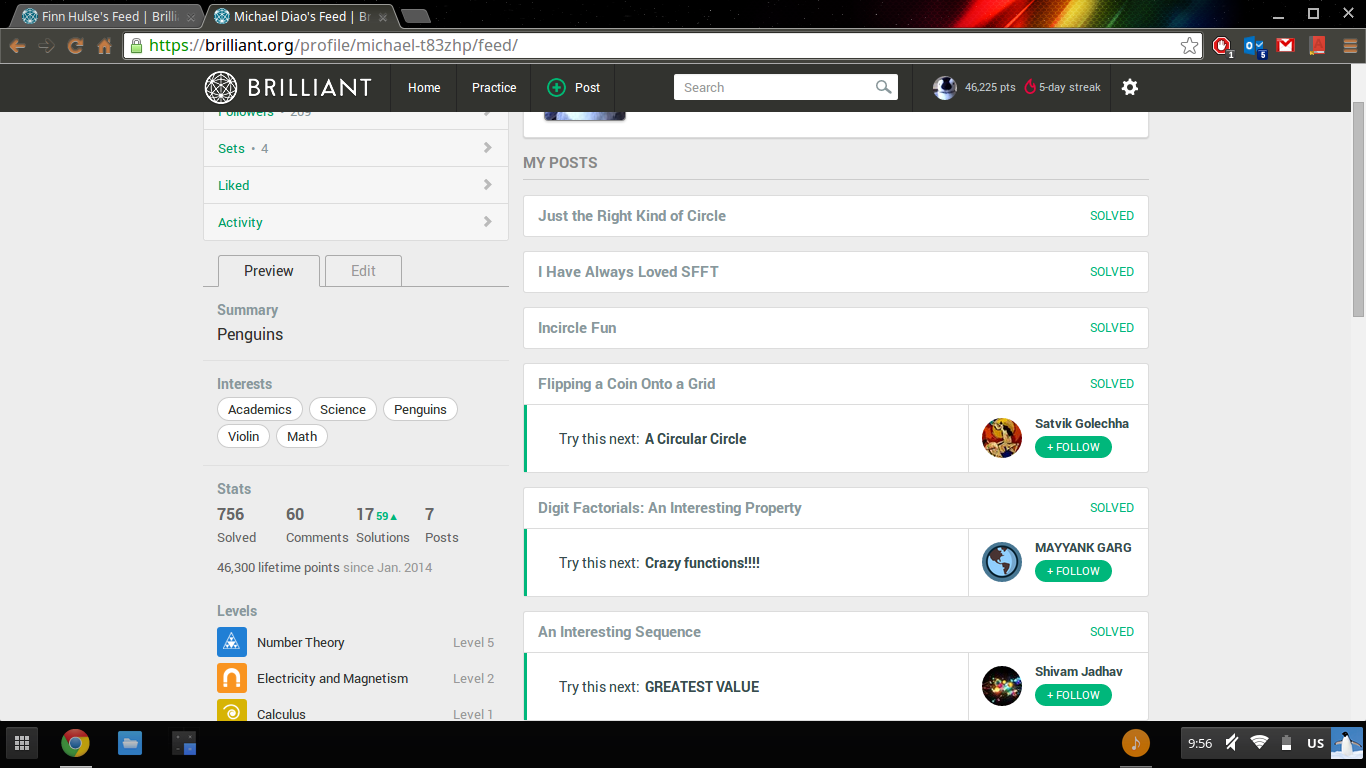 @Peter Taylor was this phrased in a less obtrusive manner? :D