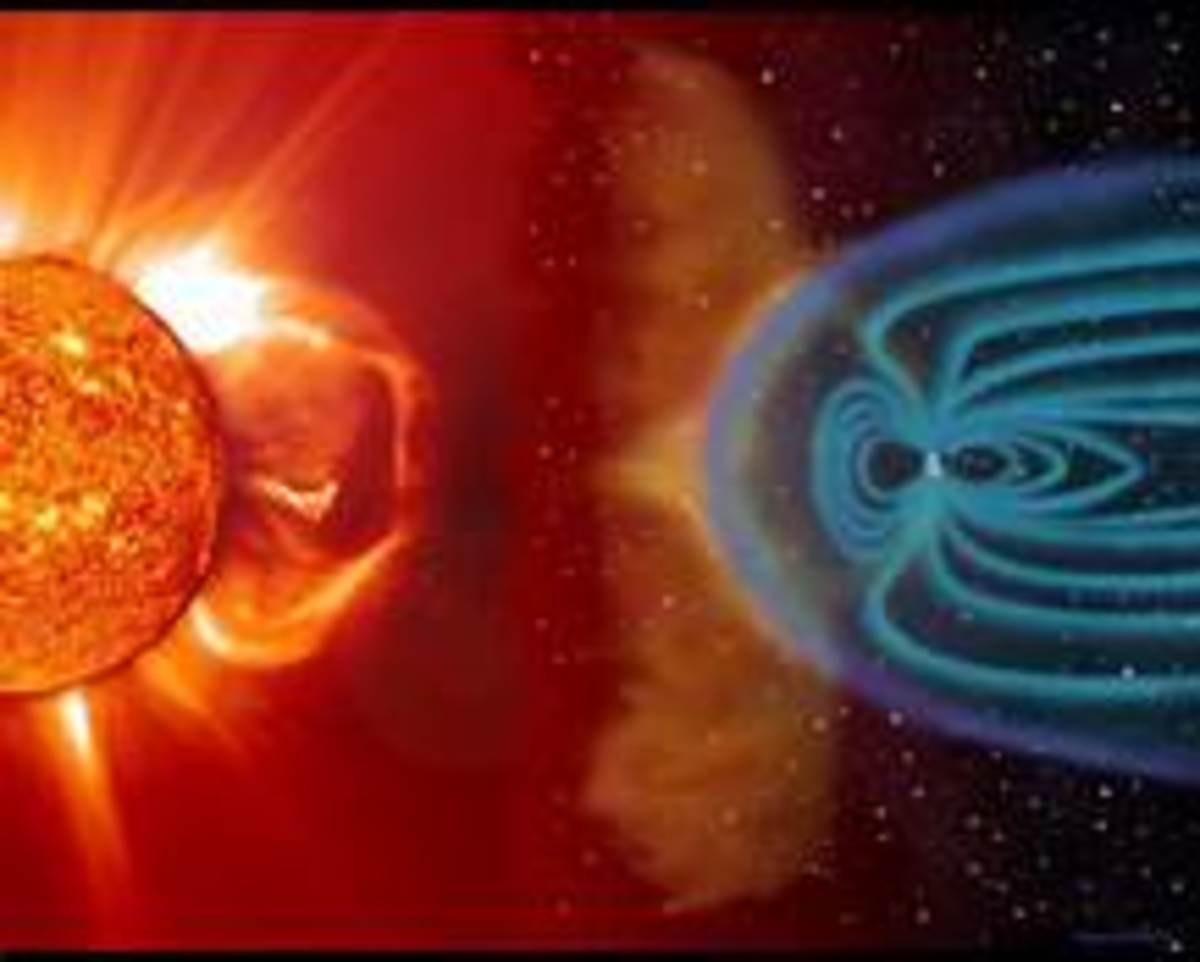 The sun, smooth and peace, but they the sun shoots out radiation and plasma that could destroy humankind. The sun trickle solar plasma, that hit earth it is call solar wind, but on earth you will and not seeing nothing happen why? Solar Flare moving up protons making it speed up make a Solar proton storm. This start at the sun which rip 1,000,000 and 1,000,000,000 tons of plasma from the sun atmosphere, (CME) this thing go through the solar system and speed up to 9 million km/h. When it hit us nothing happen on earth, while smaller storm may damage satellites, radio communication, or can be dangerous to astronauts. For the people on earth space weather is harmless, but here is something weather is sometimes harmful. Earth atmosphere protect us. You many think, but like on earth there hurricanes on the sun. On the case of the sun,"solar super storm". It happen once or twice every century. Like 1859(Carrington Event), 1872, 1909, 1921, 1989, and 2012(Missed). Before it happen we will detect. When this arrives it cause shockwaves that do hardcore mode that compresses the earth "Magnetic field" which put energy into the magnetosphere.Then it turn to a tail but in the other side of the earth The energy stored in the tail becomes to much that it snaps and that energy go towards earth. A geomagnetic storm has begun. This has happen already in Quebec, canada which failed in 1989 because of solar storm. The people was ready and they fixed it in no times. The last time was in 1859 now we can talk about the Carrington Event, the biggest solar storm( geomagnetic storm every happen). Massive auroras occur as far south as the caribbean. It was so bright that people thought the sun was rising. Our luck will have to run out a bad storm has eventually happen. A storm as strong as the Carrington event missed earth only by a small margin in 2012. Study say if this hit earth, it will global destroy all electronics costing up to $2.6 Trillion to the US alone,20x stronger than Hurricane Katrina. The times to replace all damages systems could take between 4 to 10 years. So we had to be waiting for power about in the years, 2016,2017,2018,2019,2020.2021,2022, but this had not happen. The probability of such event is 12% for this decade and 50%/50% each 50 years. More bad news is that calm stars like our sun could make Super Flares, every few 1,000 of years. The strongest storm ever see in the solar system. if this hit earth the damage will be catastrophic. To fix this it could take years lots of decades to fix, or in other words it could take 12-50 years or more.

This storms are harmful

This video beautifully explains how solar storms work and how they can be very destructive.

So you know in a nutshell, i am his big fan also