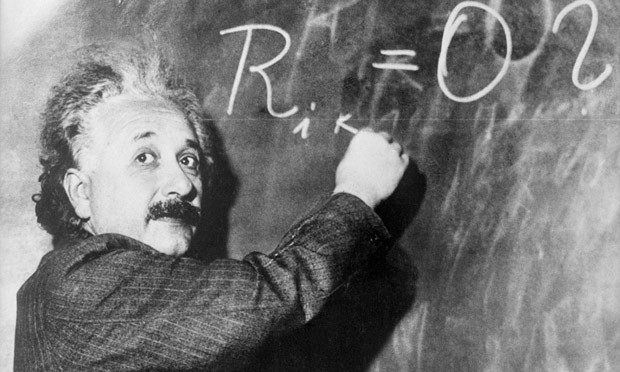 It's not that I am so smart, It's just that I stay with problems longer.

So it is Einstein in September!

Albert Einstein perhaps doesn't need any formal introduction. Born on 14th March 1879, this man changed our understanding of space, time, matter and energy. No one of his family or neighbors would have wondered that this 'dopey one' would become one of the greatest theoretical Physicists of all time. Neither his math professor would have imagined that his 'lazy dog' would become the most active mind of the era!

Here are some questions about Einstein, along with their guaranteed answers.

Q: Was Einstein a mad scientist? Did he confine himself to a room and perform experiments, and usually got electric shocks?

A: No! Though he was 'mad' for physics, he doesn't come into the category of a mad scientist. And for your kind information, Einstein was a theorist, and he hugely lacked experimental skills. It is said that he once failed in physics, because he couldn't perform his practicals. So no electric shocks, only thought experiments!

Q: Did Einstein fail in Mathematics?

A: Of course not. By the age of 14-15, he had mastered differential and integral calculus. He had once grabbed a geometry book, which he found under his school desk. He developed a love for geometry, and eventually mastered it. Here's some piece of the answer I got from Quora.

Q: Was Einstein a super-fast thinker? How/ How not?

A :Not at all. Indeed, Einstein thought really slow, which increased his depth and accuracy of thinking. He would reflect:'... I developed so slowly that I began to wonder about space and time only when I had grown up.'

Q : Who was Einstein's inspiration?

A : The man he proved wrong, Sir Isaac Newton.

Q: What were some qualities of Einstein, which made him a great personality?

This is all about Einstein's edition. I could make it even longer and interesting, but exams dominate me, so I am bound to stop here. Hope you like it!