Every month, I shall be featuring a revolutionary scientist for helping you people get to know these great minds better. For the first edition, I feature Stephen William Hawking. 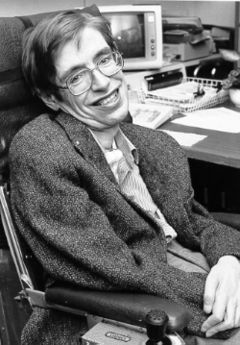 Stephen Hawking ( 8 January 1942- now) is a Theoretical Physicist, Cosmologist, author and Director of Research at the Centre of Theoretical Cosmology within the University of Cambridge. He unified general relativity and quantum mechanics to explain Cosmological theories. His works, including the Hawking Radiation, is compared to the works of giants including Einstein and Newton. He is a supporter of the many-worlds interpretation of Quantum Mechanics.

Another interesting fact, Hawking was born exactly 300 years after the death of the Astronomer and Physicist Galileo Galilei, and one of my friends on Brilliant, Anik Mandal was also born in the same day!

These were some interesting facts about Professor Hawking, hope you enjoyed!

He was just an average student, but was nicknamed Einstein by his friends for his intelligence.

That is kind of an oxymoron. An average student with higher than average intelligence?!

His father wanted him to study Medicine initially, and didn't allow him study mathematics in the fear of dearth of mathematical jobs. Hawking later suffered for this very choice of his father.

The sad truth is that I've countless acquintances who are also being forced to choose Medicine over Math due to peer pressure and family pressure. This really upsets me. I've talked to them, and what I found was that they chose medicine because they were subconciously manipulated by their parents.

As most of us math and science fans, he also was against the system of rote learning.

I wish he had Brilliant.org when he was a teenager.

Are his theories still unchallenged and accepted? Could you tell us more about what his theory was?

Here is another fun fact about Hawking: 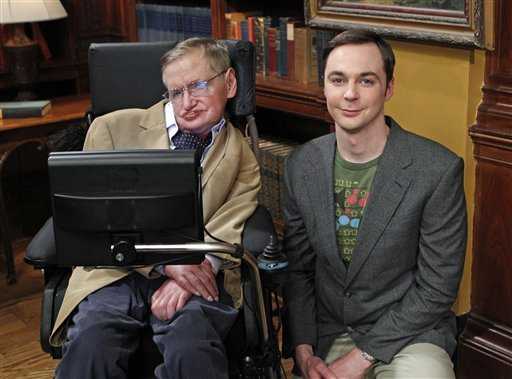 Average student: Not a hundred on hundred on student, just gets moderate marks in exams, and gives them just in order to qualify for the next grade.

Coming soon, around 15th of August.

I donno if you remember me, but we had a few conversations years ago, so I take the freedom of asking you a question.