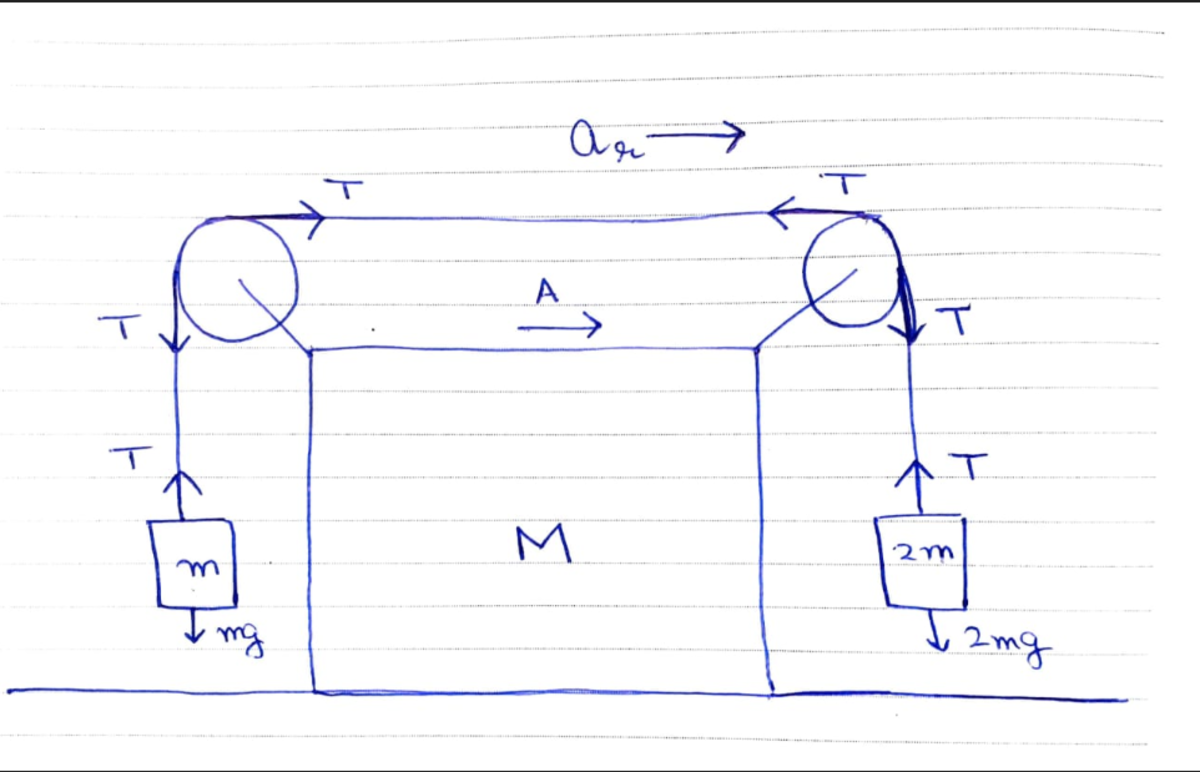 We have to find the acceleration of the blocks in the above picture considering all the surfaces to be smooth and tension is in string is uniform.

Since, in the horizontal direction, there is no force, that implies that the block of mass M does not have any acceleration.

Now, if the blocks of mass 2m and m are moving with an acceleration ar​ relative to the bigger block (of mass M) .

Now, we can write the force equations for the smaller blocks, that is 2mg−T=2mar​ and T−mg=mar​.

Solving this, we get ar​=3g​. However, the answer given to the above problem is ar​=0 as well, that is , whole system is at rest. Is my method wrong or the given answer is wrong?

Another similar problem that is bothering me is this: 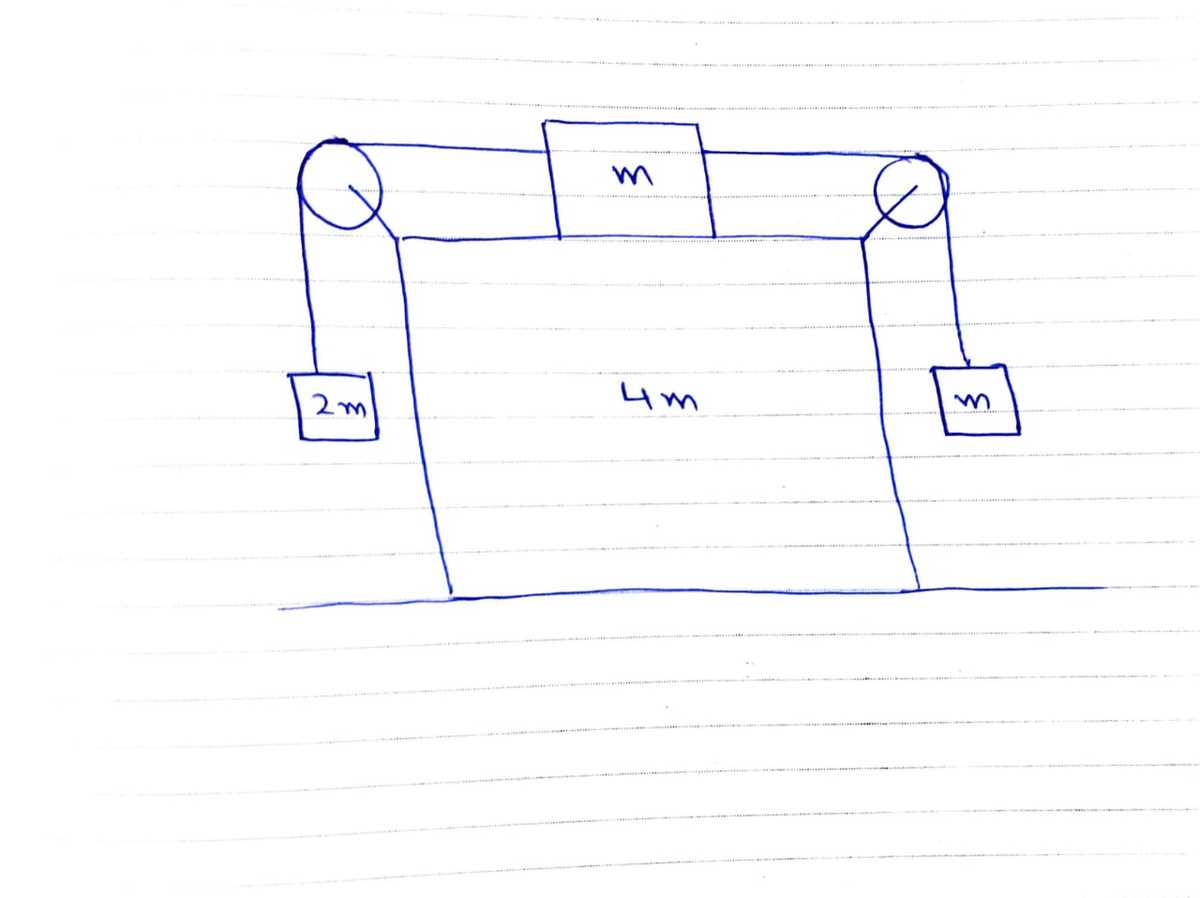 Now, here similar to the previous problem I have assumed that the bigger block of mass 4m moves towards right and the smaller blocks move with an acceleration ar​ relative to the bigger bloc towards left.

Again in horizontal direction, net force is 0 so I wrote 4mA+m(A−ar​)=0⟹ar​=5A but the given answer in this case is A=23g​ and ar​=236g​. Now my very first equation becomes wrong due to this. Where is the fault?

Acceleration is a=3g​ as you claim. Maybe both blocks have equal mass m or the answer given is wrong. :)

No, the blocks aren't of equal mass. I have one more similar problem, and again my answer does not match with the given answer. Give it a try too, I will upload it too.

@Aryan Sanghi – Wait, are the blocks being moved to right by a force in the question?

@Aryan Sanghi – No. They are not. The system is released from rest. I have assumed the accelerations.

@Aryan Sanghi – I have uploaded it.