(I'm not even sure if this is the right place to post this, but I didn't see a way of reporting a problem with a question in the introductory quiz.)

I just followed a link here from Facebook, and I'm pleased by what I see. It took me to some sort of introductory quiz, and the last question was that when an apple detaches from a tree, what happens to it. There were two answers that could be considered correct. One was something like, "The apple falls to the ground due to Earth's gravitational field," and the other was, "The Earth rises up to meet it," or something like that.

I know that the former answer is the easier one to understand, but perhaps the best thing to do would be to change the relativity answer to something else to make it clear to consider the classical explanation. It does seem a bit like splitting hairs, but I would think that if you want to appeal to everyone (including those with some experience with relativity), telling people they're wrong when they get an answer correct in the quiz you automatically send them to upon logging in the first time is probably not the best way to do it.

Thanks for caring so much about Brilliant.

I agree that you present a possible interpretation of the choice "The apple stays in place, the Earth rises to its level". As such, I have updated it to "Space is compressed between moving objects".

For future reference, you can report problems by clicking on the "hamburger menu" and selecting "Report problem". This applies problems in the quizzes and in the community feed. 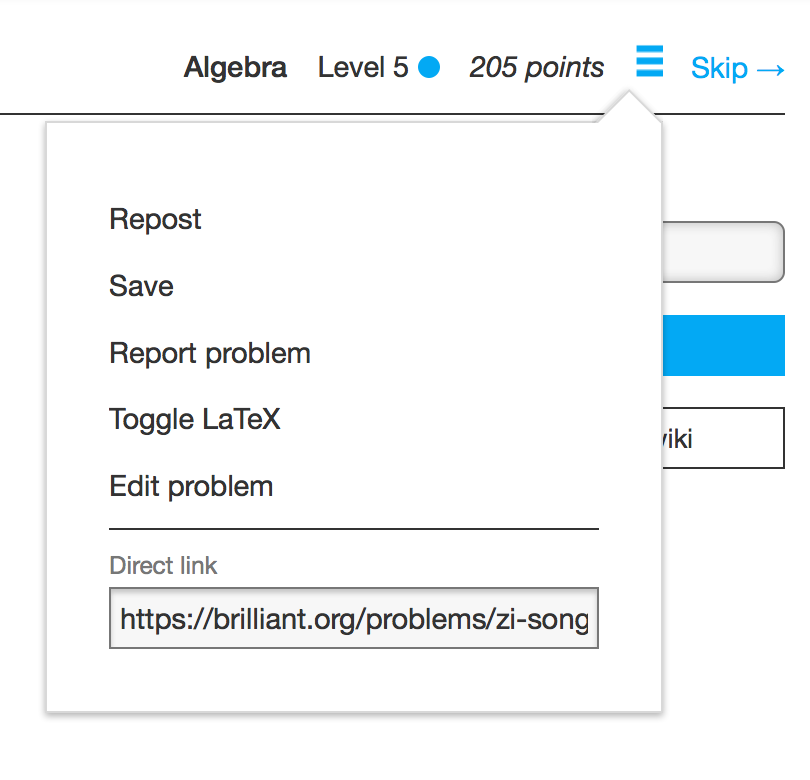