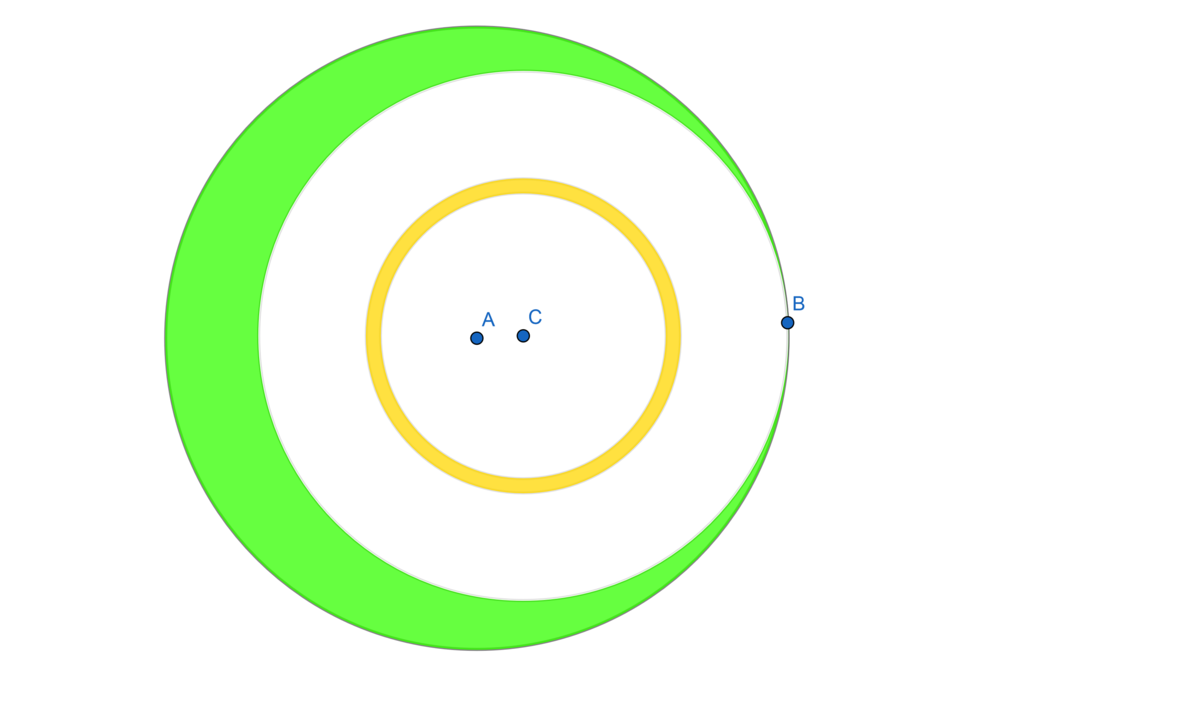 A uniform disc of radius R rests with one of its flat faces on a horizontal floor. Coefficient of friction between the disc and the floor is μ. The disc is given an angular velocity ωo​ about its central vertical axis and simultaneously a horizontal velocity vo​ such that vo​<<Rωo​. Find a suitable expression for the initial acceleration of the mass center of the disc. (Note: This problem is intended to be solved by hand on paper)

My initial approach, was to neglect the vo​<<Rωo​ part, and try and get a brute force double integral. The resulting integral however, was non-elementary (turned out it's an elliptic integral). So I abandoned that approach, and tried to incorporate the vo​<<Rωo​ condition.

My second approach: The instantaneous axis of rotation(IAOR) of the disc is at a tiny distance ωo​vo​​<<R from the center of the disc. We consider a polar coordinate system, centered at C(the IAOR), with CB being the reference line. The entire disc, is therefore in a state of rotation about C. This gives us an idea of the velocity distribution, which is required to calculate the direction of friction. Note that any circular element of the disc centered C (like the golden element) will have no net force. Therefore, the only unbalanced forces come from the region outside the largest circle centered at C (white region) which still lies within the disc. As C is only very slightly off center compared to the radius of these circles, the required region is basically a ring ( green region as C → A), whose linear mass density varies with the parametric angle θ. The frictional force is given by the integral: F=∫μσgv^dA

Where dA is an infinitesimal area element, equal to rdrdθ in our coordinates, σ is the areal mass density of the disc, equal to πR2M​, and v^ is the unit vector along the velocity of said element . Now, observe that, the area we require is basically a ring centered at our origin, which means rdr=Rdr. The infinitesimal radial dimension can be evaluated with trig and suitable approximations to give dr=ωo​vo​​(1−cosθ). Putting this into our integral, the force and therefore the acceleration is determined as: a=MF​=πRω0​vo​μg​∫02π​(1−cosθ)(sinθi^−cosθj^​)dθ=Rωo​vo​μg​j^​

The thing is, though appearing conceptually sound to me, this approach gives half the answer as given in the book. It is possible though unlikely that the book has it wrong. So I want to know

When I asked a friend about why he thought the answer isn't right, he said that since the IAOR is a non-inertial frame, we cannot consider forces in that frame without incorporating a pseudo force. However, note that I haven't solved the problem in the frame of the IAOR, I only used a co-ordinate system centered at the IAOR, while the frame is still the ground one. Please help me!

Note by Ameya Singh
2 weeks ago

I don't know calculus at all, but is it okay if I bring somebody to help you?

Yes sure, please do, thanks a ton!