How did Pythagoras Arrive at his Famous Theorem? 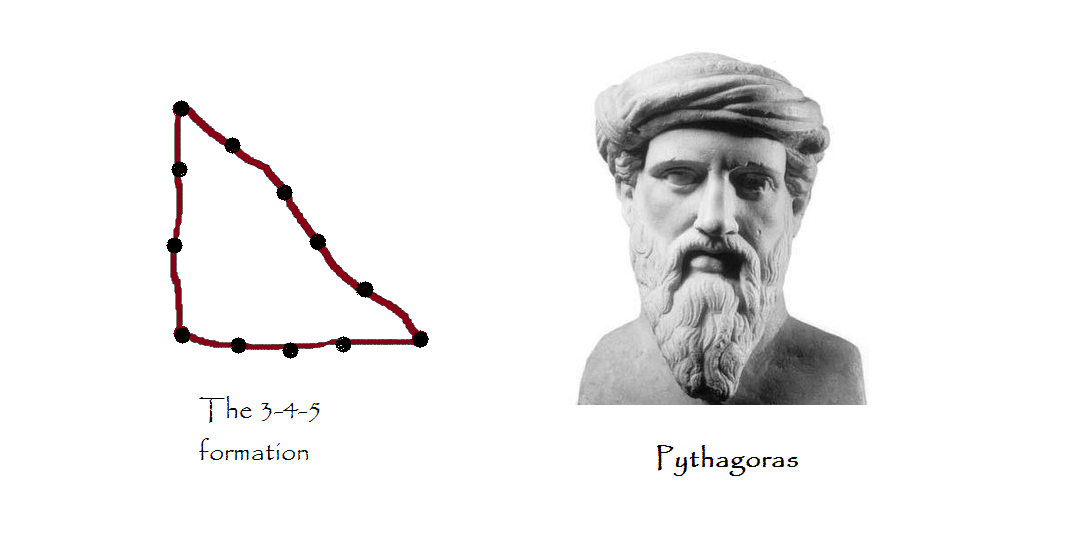 Arguably, one of the most important theorems ever in mathematics is the Pythagorean Theorem, also known as the Pythagoras' Theorem. Pythagoras was a Greek mathematician genius who believed that Number rules the universe & he gave numerical values to many objects & ideas.

He traveled extensively during his youth including Egypt. There he saw Rope Stretchers at work. These were the engineers who helped build the pyramids. Pythagoras observed the ropes they carried, which contained 12 evenly spaced knots. When they stood in a 3−4−5 formation, a right angle would emerge instantaneously enabling them to lay their foundations accurately.

Pythagoras began experimenting with these technique on a smaller scale by making drawings on the ground. Once, he found that the sum of the areas of the smaller two squares equaled the area of the area of the larger square. He further experimented on this discovery & arrived at his famed theorem.