How is the block accelerating horizontally? 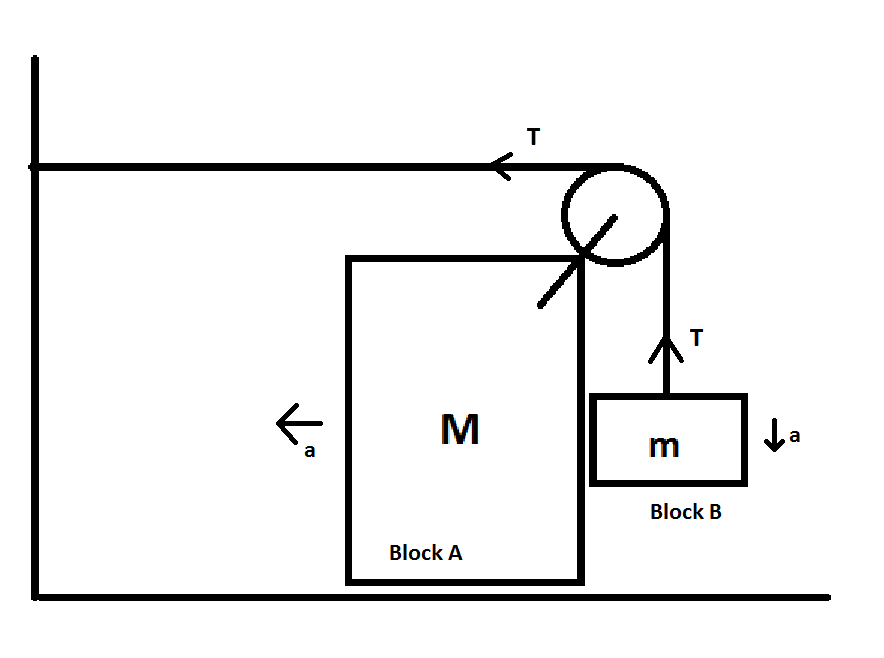 Immediately after release, Block B would have some acceleration in the downward direction. Using constraint equations, we can easily prove that there would be an equal acceleration in Block A in the horizontal direction.

We have the following equations for the two blocks

Block A: T=Ma in the horizontal direction

Block B: mg-T=ma in the vertical direction

Thank you in advance. :D