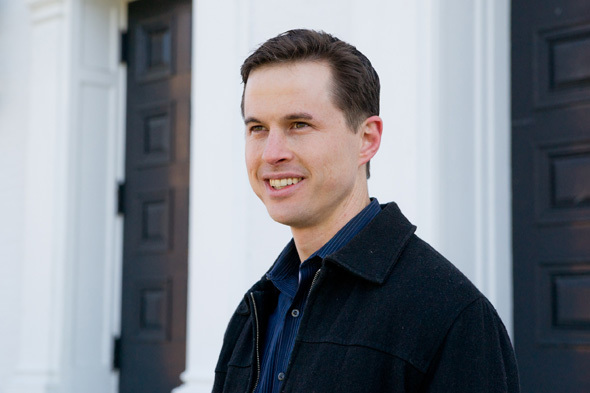 Brendan Nyhan, a professor of political science at Dartmouth, is studying why people hold false beliefs and what is the best approach to correct them. He realized that some people seem to believe that vaccination are unnecessary / harmful, and wanted to know how to change their mindset. He considered the following 4 options:

A - A leaflet from the Centers for Disease Control and Prevention stating that there had been no evidence linking the measles, mumps, and rubella (M.M.R.) vaccine and autism;
B - A leaflet from the Vaccine Information Statement on the dangers of the diseases that the M.M.R. vaccine prevents;
C - Photographs of children who had suffered from the diseases;
D - A dramatic story from a Centers for Disease Control and Prevention about an infant who almost died of measles.

Question: Which option would work?
Answer: None of them worked. In fact, some of them backfired, and resulted in decreased intent of vaccination! For more information, you can read the New Yorker Article.

On Brilliant, I’ve often seen solution discussions where people insist that their way of thinking is correct. To an outsider who is completely aware of the solution (or conversely, aware of the flaw), the mistake is obvious. However, the person involved is often oblivious of what is happening. This is not unique to budding amateur mathematicians. The Monty Hall problem is a classic example where even mathematicains like Paul Erdos refused to believe that switching is the best strategy

Food for thought:
1. What would convince you that you were wrong, AND make you change your mind?
2. How should we approach explaining misconceptions?
3. What do we do in the face of continued (irrational) opposition?
4. How would you convince someone else that they are wrong?
5. If someone believes that vaccinations are bad, how would you try to convince them otherwise?

I believe that it's impossible to convince certain people. And I have made my peace with that.

I also learnt that it's impossible win an argument against two types of people.

I can't wrap my head around the fact that someone like Paul Erdos didn't understand the Monty Hall Problem.

When you switch, you lose if and only if you were right to begin with. And that happens only 31​ of the time. It's as simple as that!

I have some ideas for question 4.

Both insanely good & insanely bad people won't let you win at any cost even if you are correct.It;s like wasting your time in front of a non stop speaker..

i agree, you just can't convince some people.

@Michael Mendrin made a relevant comment in another discussion.

I think scientists need to work on why the human mind persists in denying the most basic facts of science... An unbelievable fraction of all people living today, in an age of instant information, still do not and will not believe these very basic kinds of things, and many other important things to know ...

How many of you know Bob proctor....google him

There's an old saying in physics about this kind of stuff and why we can still make progress: Nobody ever changes their minds. People just die.

I think a demonstration of why my solution doesn't work suffices to convince me that I am wrong.

But, it could be hard to demonstrate that you are wrong. In the Monty Hall example, the belief persisted despite numerous arguments. Paul Erdos only changed his mind after he saw a computer simulation!

For an example closer to home, A Seemingly Impossible Problem is a scenario where people readily agreed with the wrong argument, and were difficult to convince otherwise.

HAHAHAHAHAHAHAHAHAHAHAHA let me guess this whole thing was directed at me. HAHAHAHAHA okay I'm having a great laugh. You Calvin know more than anyone how persistent I can be about myself being right. Oh yes it is an adaptation for me which has actually proved invaluable!

It may seem a bit controversial, but despite my incredible stubbornness, I am VERY self-critical. From (almost) no other member do you see posts about "Self-Improvement" and "How to get better at math" and the like. But this is immensely helpful, because for every time I finally realize my stupid, stubborn mistake, I am not likely to EVER make the same or similar mistakes. So I think it's a good/bad thing, although Calvin I'm sure you're pretty annoyed a lot of the time which I think is a contributing factor as to why I'm still not on Who to Follow (or what I call WTF for short, and because of my dissatisfaction). See even now I'm persisting and being stubborn about this one-sided battle! (Seriously why don't you ever respond or share your thoughts.)

Care to add your thoughts (just send me an email)? :D

@Finn Hulse – I found the news article very interesting, and it's something that I've had a lot of thought about. Convincing / influencing people towards your point of view is a notoriously difficult task.

Understanding how people think and convince themselves, influences the way we organize solution discussions and comments. I feel that there is more to learn from a fallacy / seemingly correct solution, if there is a well guided discussion that goes along with it. However, this doesn't necessarily work well for those who are merely interested in "what is the solution", and may not know how to critique it accordingly. For example, you can look at the Which solution will you feature series, in which there was critiques of solutions, and why the approaches were correct / wrong. Several of the fallacy posts also present great examples of such discussions.

Misconceptions always have a history behind .here to diminish this effect we must firstly focus on the reasons that gave fire to these beliefs. When we have got understand the reasons we must set a plan to solve the each case separately and do those thing which make them scared just in their presence one who has relevant problem.

It happens sometimes.We know (most of the time) that I am going wrong still due to ego ,We don't take our step back & it ends up with a heated argument. It's simple solution is -take a deep breath & forget it....

It's a sad fact of life that some people are to ignorant to change their minds. Trying to argue against some of them is in a way the same as trying to argue agains a christian/muslim(etc), a flat-earther or a monkey. It is impossible and useless to convince such a kind of person. A better thing would be to find out what causes this kind of close-mindness and prevent it, i believe some would be other close-minded people,politics,religion,tv and anything which discourages critical thinking.