I Drew a Tesseract (Without even knowing how)

We all know that a tesseract (hypercube) is a 4D object analogous to a 3D cube or a 2D square. I decided that I wanted to draw one, despite the fact that I have no idea how. I did know, however, that an edge of a cube is a set of points in which two out of the three spatial coordinates are extremal (relative to the cube's size), and one can vary continuously between the extremes.

What if we did the same thing for a 4D hypercube? Create regions of points where three out of the four spatial dimensions are at extreme values, and only one can vary continously. I wrote a program based on the following processing:

3) Each plotted point is a weighted sum of the vectors from Step 2, where each basis vector has its own weight

4) Randomly generate the weights so that three of them are at extreme values (either +1 or -1), and the remaining weight varies continuously between -1 and +1. This gives us points along the edges of the 4D hypercube.

Plots and code are below. I think the first and the sixth plots are the coolest to look at. These are 2D projections of 4D hypercubes, generated purely from randomly generated points. They are not super high-res because I didn't want to put too many points into Excel. 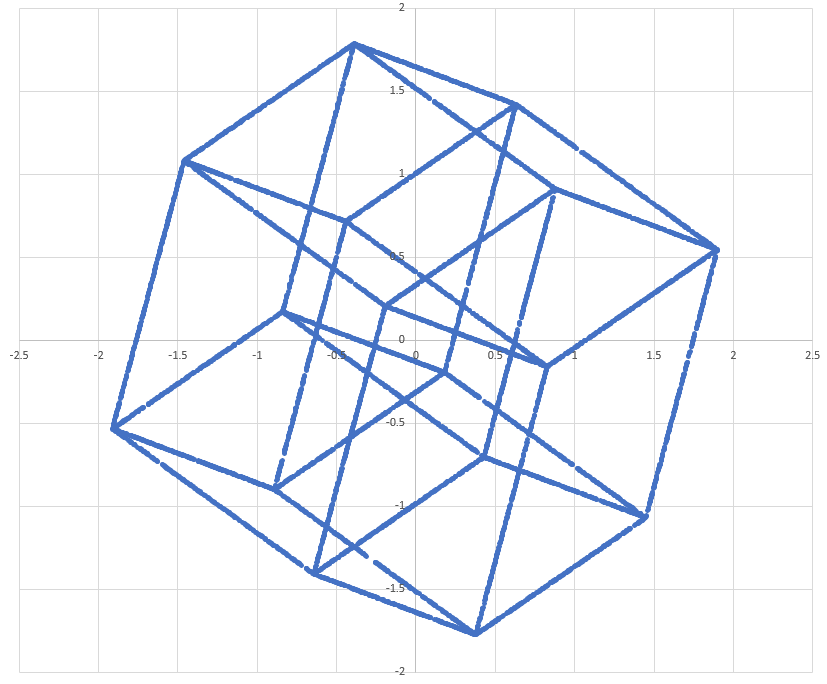 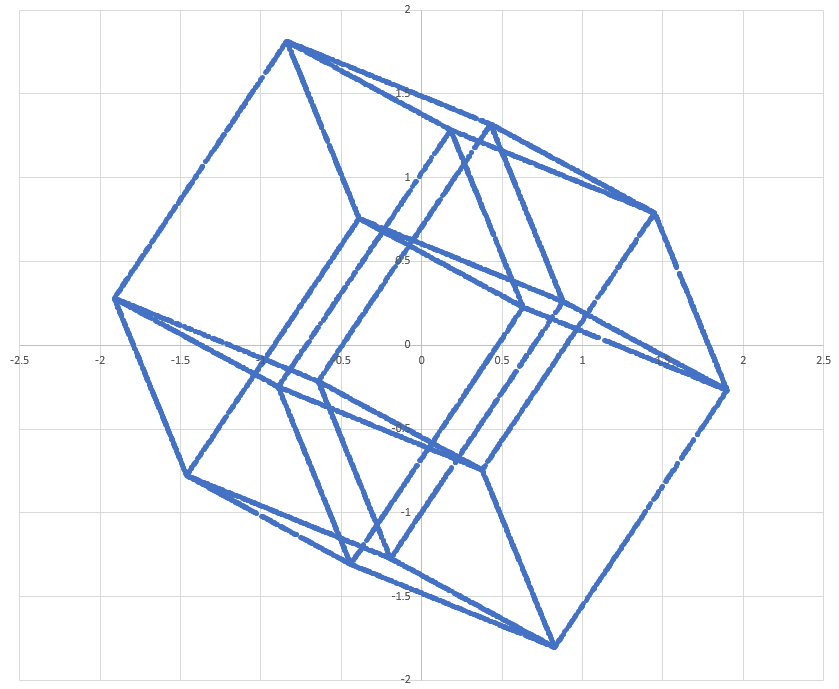 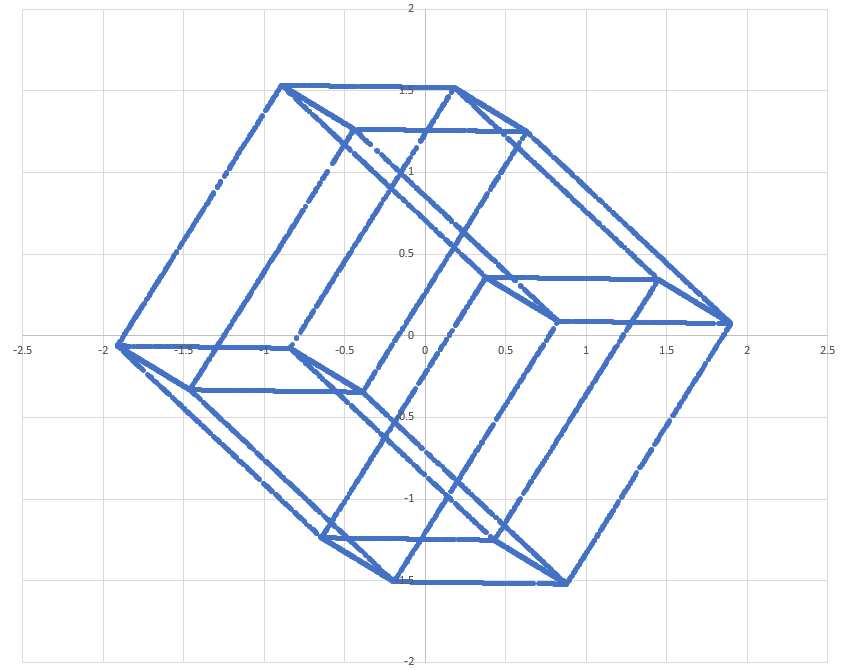 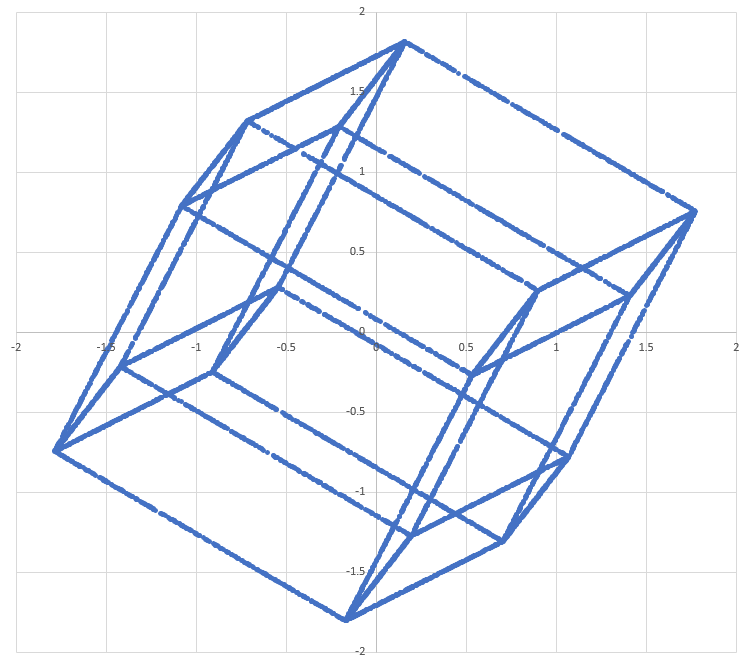 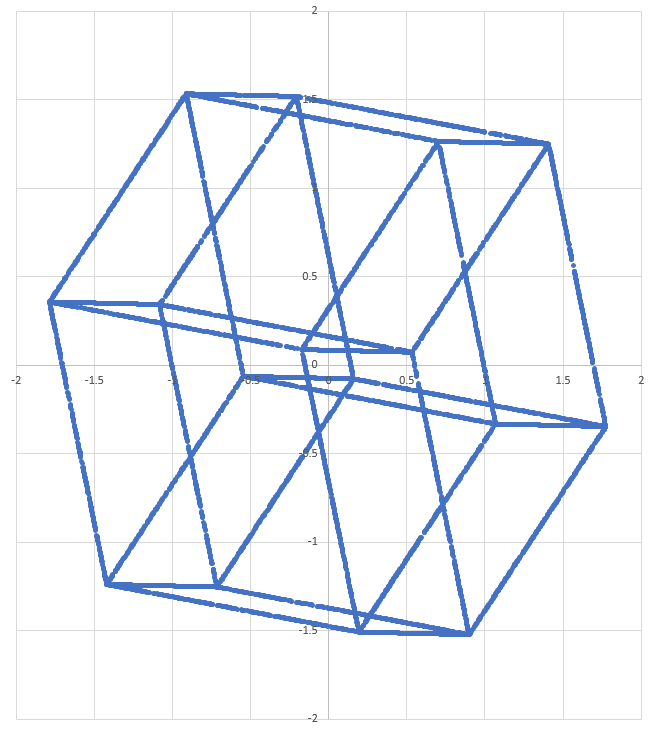 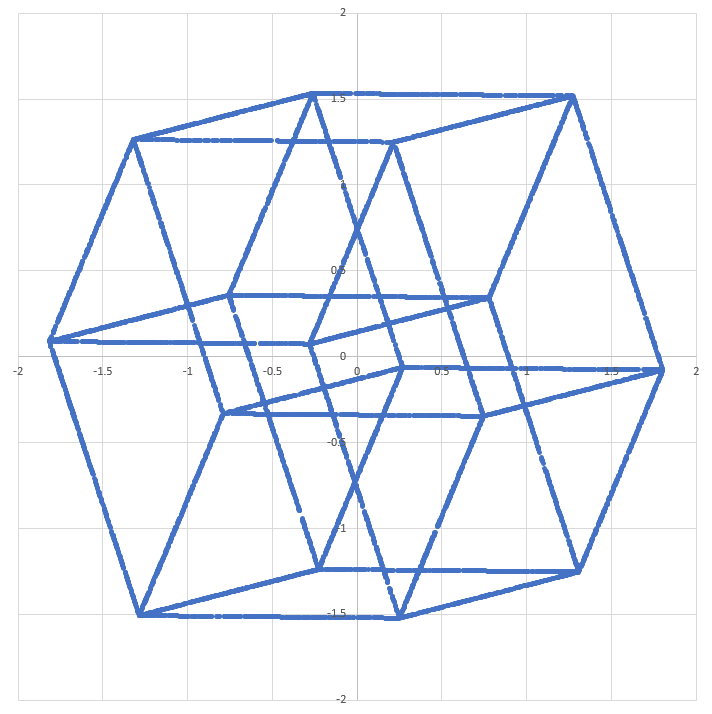 The last picture is really the best! I think it's like a stack of 2 cubes where the middle layer is pushed outside a little bit to make parallelograms as sides. Then, this part is copied, rotated 90° around the vertical axis and the top and bottom square of the two copies are aligned. Thank you for giving me a new understanding of the four dimensional world!

Yeah, I agree. Two cubes with connected vertices, and different orientations of that within the same object, with no contradictions. Thanks for commenting, and Happy New Year