I Scream For Ice Cream 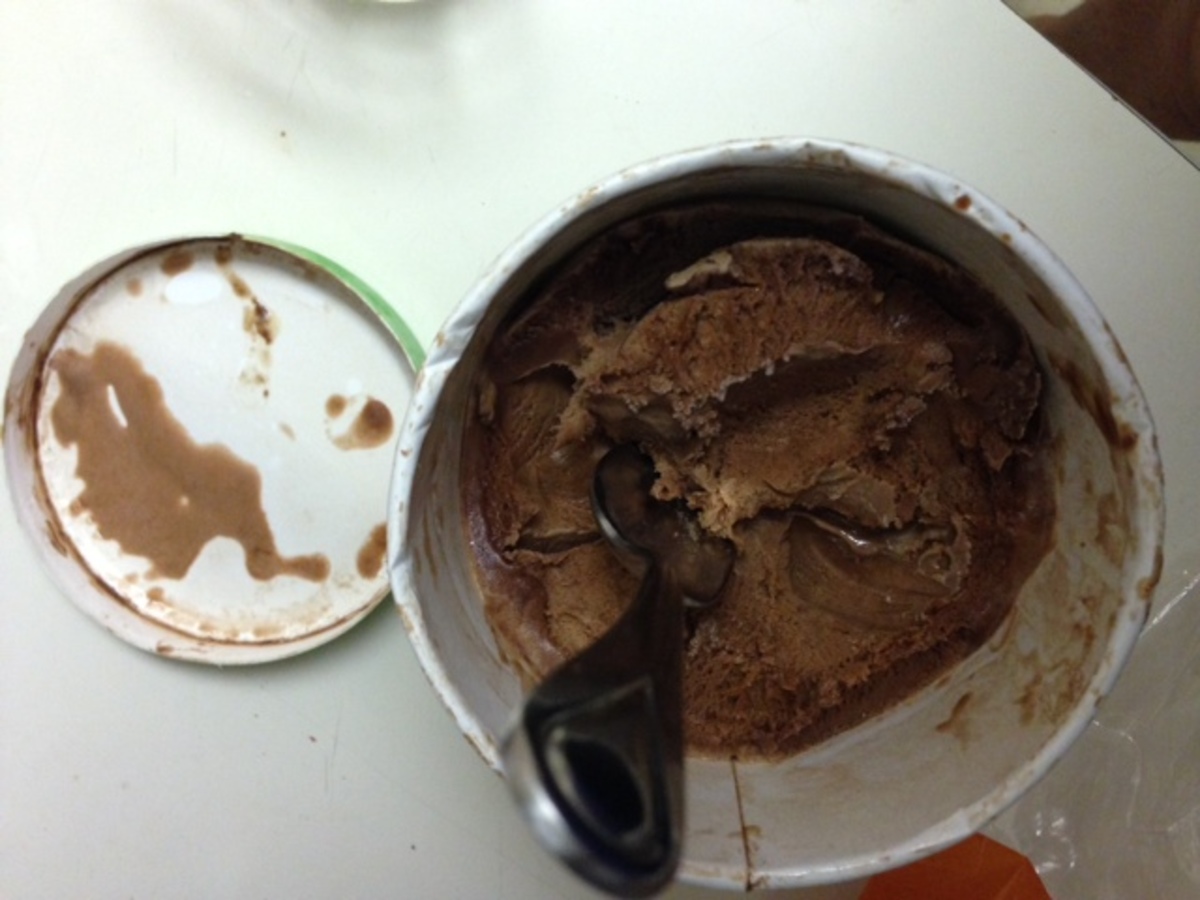 I created this question I Scream For Ice Cream, with the impression that any metallic object in the microwave will lead to a huge buildup of electric charges, leading to sparking and the potential for the microwave to blow up. Half of the people who attempted the problem felt that the microwave would blow up.

I was surprised (and somewhat horrified) that Michael Mendrin decided that the best way to answer the question was to try it out himself. He made the following observation:

I conducted an experiment and placed a large metal spoon in my microwave and ran it for 30 seconds. It came out warm enough to cut through solid ice cream, and did not cause my microwave to blow up. True, it wasn't a smart thing to do, but science is about repeatability and probability of outcomes, not about a consumer warning of safety about using microwaves ovens.

I then went to research this scenario further, to figure out why "conventional wisdom / old wives tale / consumer warning" seems to contradict the reality of the situation. It turns out that there are numerous factors involved. In particular, because a spoon is rounded, the charges are more evenly spread out, compared to that of a fork, where the charges are concentrated at the tip. Here is a youtube video (skip to 1:30) which shows a fork sparking in the microwave, while the spoon didn't seen to react.

1) What other factors would 'encourage' sparking in a microwave?

2) How long can we leave a spoon in the microwave before something bad happens? (Please don't try this at home.)

3) Why did the metal spoon heat up? 'Conventional wisdom' is that microwaves heat things up by vibrating water molecules.

4) What would you consider to be the correct answer to my originial question? (You can make up your own choices.)

@Michael Mendrin Moving the discussion here. Sadly, the options didn't give me the opportunity of correcting the problem.

It's still a bad idea to microwave a metal spoon, even though that's what I did. A microwave oven is carefully designed to bounce around microwaves keeping it at approximately the same resonant frequency as the cavity magnetron generator. But metals upset this plan, because they have a lot of free electrons, unlike most ordinary foodstuffs and non-metals, and microwaves slosh around all these free electrons. A good metal conductor, such as genuine silverware, might not heat up much at all with all that sloshing, but stainless steel is another matter, not being as good as a conductor. Hence, this is probably the reason why it did heat up. How much it'd heat up in 30 seconds is not something that easily ascertainable without actually trying it out, but apparently enough to do the trick to scoop that ice cream. Sparking becomes the problem for exactly the same reason why lightning likes to strike at pointy things (but here in reverse), the density of electron flow tends to concentrate at sharp corners, which is something that can be readily seen with conformal mapping, a favorite way to analyze flows in general. Thus, a metal spoon, being rounded, is less likely to cause sparks, but there's still the risk of creating secondary microwave frequencies (much more of a problem when sparks occur, which create very high frequencies) that can bounce back into the cavity magnetron and disrupt the resonance, causing it to be absorbed rather than re-radiated. This can heat up the cavity magnetron itself, but how quickly is another matter that's not so readily ascertainable, without a lot more information about design and materials of a particular cavity magneton, as well as the frequencies being generated by sparking in the oven.

How can this cause the microwave to "blow up"? Well, in the right (or wrong) circumstances, sparking could start fires, so for example, if one is microwaving a vodka cocktail, it could set it on fire, if there's metal present. So, this brings us back to the original problem, and the answers, which were something like (?) 1) spoon does not heat up 2) spoon will heat up 3) better leave that spoon in there longer 4) it'll explode! Well, actually, those are reasonable scenarios, even though it turns out that 2) spoon will heat up, is the most accurate. Maybe the wording about a possible explosion could be made a less less dramatic, more like, 4) it'll wreck your microwave, stupid!