Some of you may have heard about the unsolved geometry problem called "Inscribed Square Problem" or "Toeplitz' conjecture". It states that in any closed curve, there exists 4 points on the curve that form a square. It sounds like a really simple problem, yet mathematicians have failed to prove it.

In this note, we will attack a similar problem: finding three points on a curve that are the vertices of an equilateral triangle. Unlike the square problem, this one is solvable.

First try it on your own. Can you devise a fool-proof way to find three points on a curve that make an equilateral triangle? Don't read on until you give it a try.

The key insight we need to think of in order to find an equilateral triangle inscribed in this curve is rotations. Here's how:

First, we take our curve. Although I will use a polygon in my examples, the idea is the same. 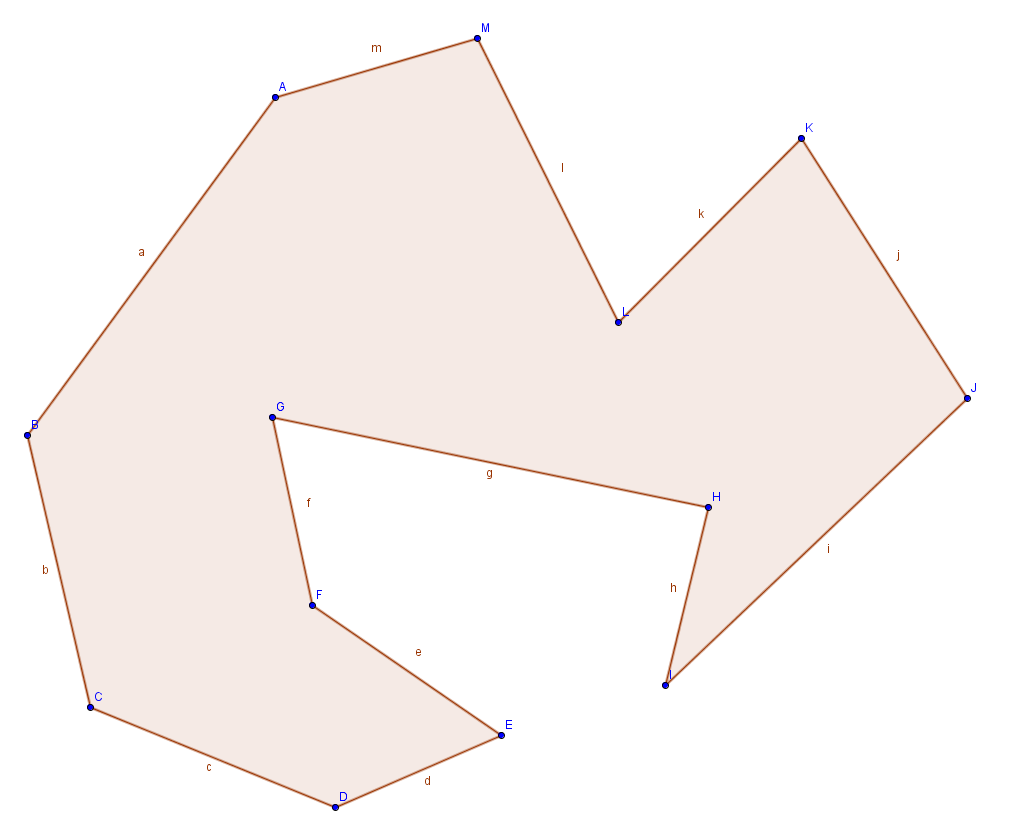 Now we pick any point on our polygon. It doesn't matter which; we can always find an equilateral triangle inscribed in the curve with this point as a vertex. 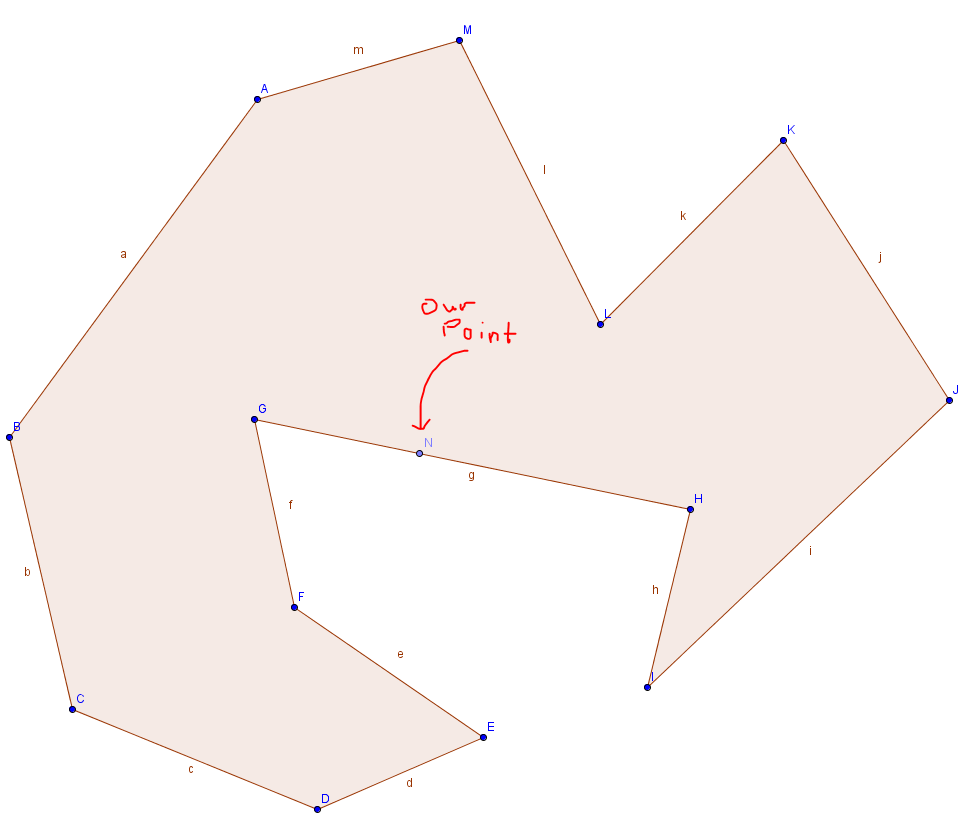 Using this point as the center of revolution, turn the polygon 60∘. It doesn't matter which direction. 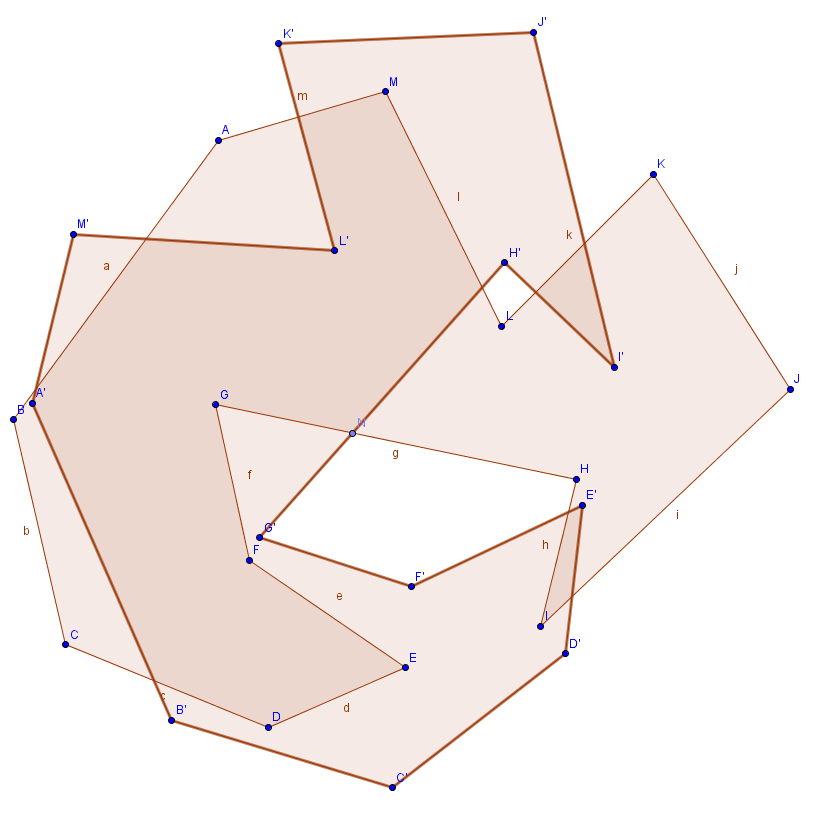 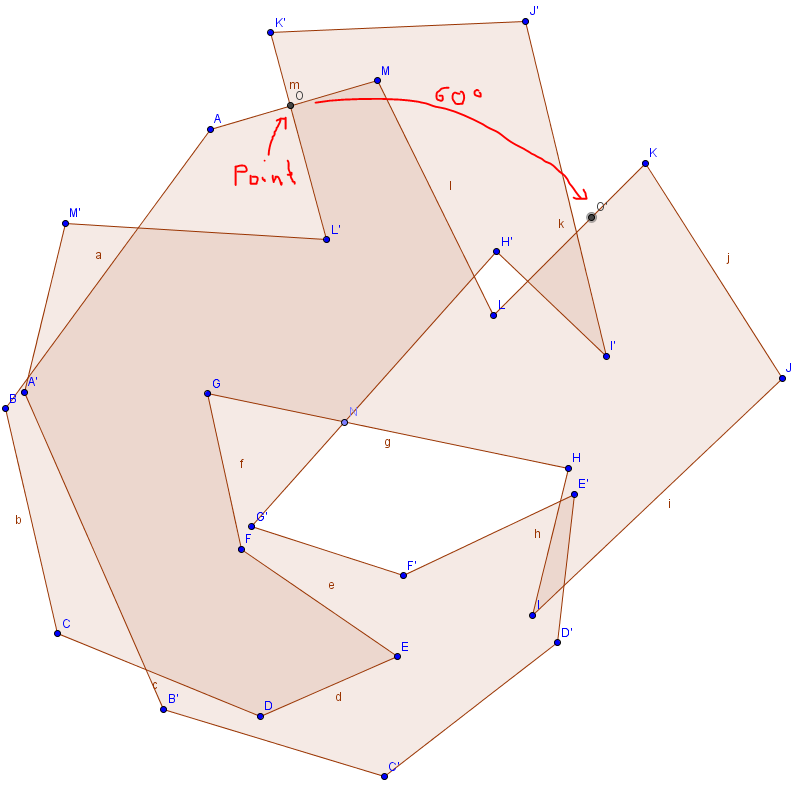 We can get rid of our rotated polygon now, and connect these two marked points with our point of rotation: 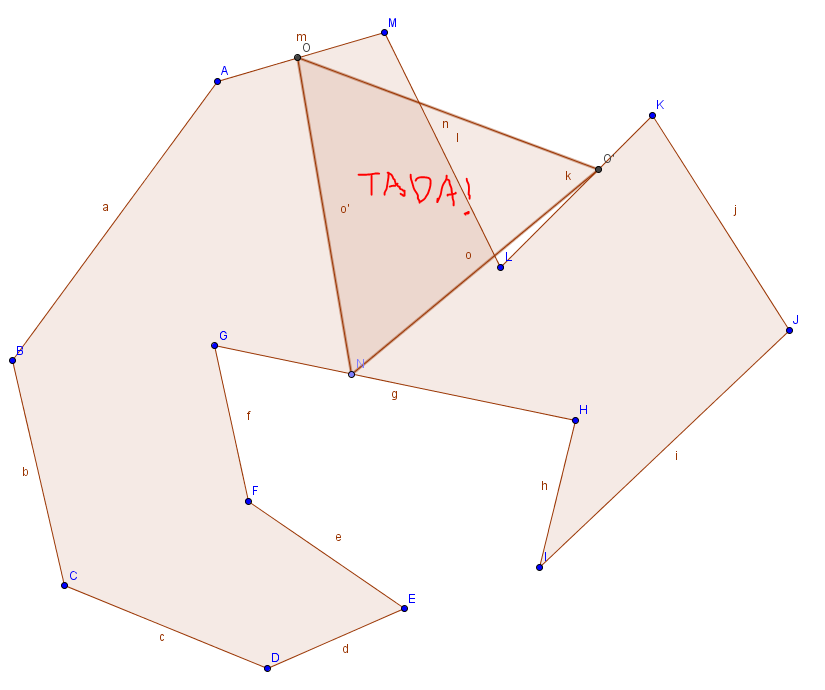 And we're done! We have find an equilateral triangle inscribed in the curve.

Now that we've found a way to inscribe equilateral triangles, can we do the same thing for other triangles? Yes, we can! The method of inscribing any arbitrary isosceles triangle is similar to the equilateral triangle; just change the number of degrees you rotate the curve by. For example, rotating the curve by 90∘ will give you 45−45−90 triangles inscribed in the curve. As an example, here is one inscribed in the same curve we used: 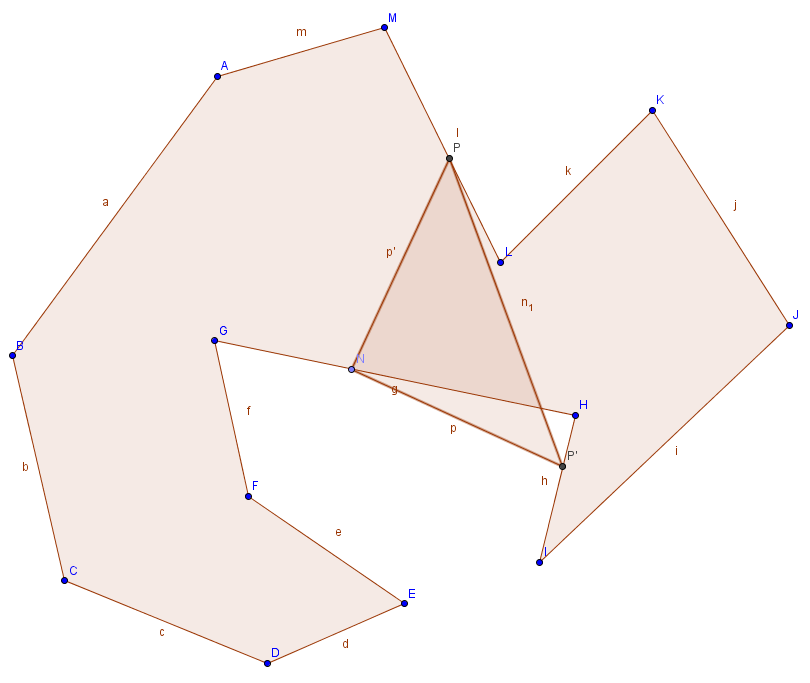 This is cool and all, but here's the finale: we can actually inscribe any arbitrary triangle in any arbitrary closed curve! However, you'll have to wait until the next note in order to find out how. Try to figure it out yourself in the meantime.

This may be dumb but what if there are no intersection points after the rotation?

This isn't possible, as long as the rotation is not 180∘. To see this, note that on any curve, the region very close to the point of rotation can be approximated by a straight line. Thus, after rotating, we must have that one half of this straight line is in the curve, and one half is outside. But the curve is closed, so by the Jordan Curve Theorem, the part of the rotated curve inside the original curve must cross the original curve at another place to reach the part of the rotated curve outside the original curve. Thus there must be at least one point of intersection.

Does this make sense to you?

If C is a simple closed curve and T is any triangle, we can always find a triangle inscribed in C similar to T.

Yes, that is what I will show. In fact, I can show that there exists infinitely many triangles inscribed in C similar to T.

There's a more general transformation called the spiral similarity which is basically a combination of rotation and homothety, we can use that to prove the general case.

Funny enough I've actually known this conjecture for quite a long time eversince I saw it in the list of unsolved problems on wiki. and tried to tackle it. Here's an even more interesting question: Out of the infinitely many triangles inscribed in C similar to T, are there two that are congruent. This step is essential to proving(or disproving) the larger conjecture, eventhough it's a small one.

btw the only progress that I made back then when I trid to solve this was that we could use translation to obtain parallelograms :) a step closer I guess, next step: rectangles.

@Xuming Liang – @Xuming Liang I think that has already been proven. It takes some knowledge about topology. If you know topology you should give it another try.

@Siam Habib – Yes, @Xuming Liang the case of rectangles has also been proven.

good proof for the question, mine was similar to this

I see you finally remembered your username.

And you are a troll.