Is the complex plan isomorphic to R2?

A complex number a+bi can be represented as an element of the manifold R2 with the point (a,b) (as that's how I've learned about Complex Numbers and thought of the complex plane). Thus we have a natural isomorphism between complex numbers C and the real plane R2.

If we continue, we can now think of an isomorphism between the set of analytic functions on the complex plane f:C↦C to vector fields on the real plane F:R2↦R2. However, I tried to apply Stoke's theorem around a closed loop at the pole of an analytic complex function to get something like the Residue theorem, however I ran into an issue from which I did not know how to proceed. I've attached two images explaining my thought process. 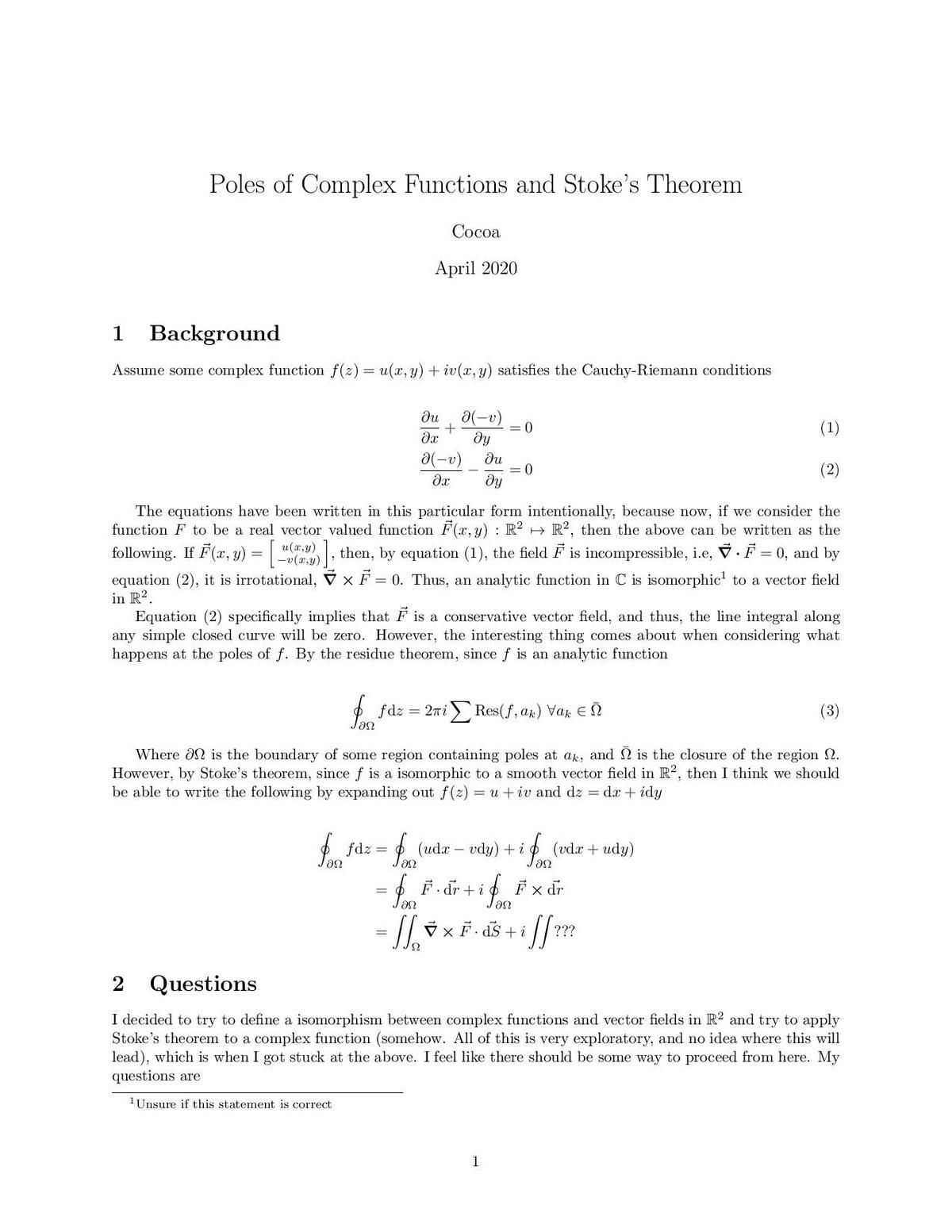 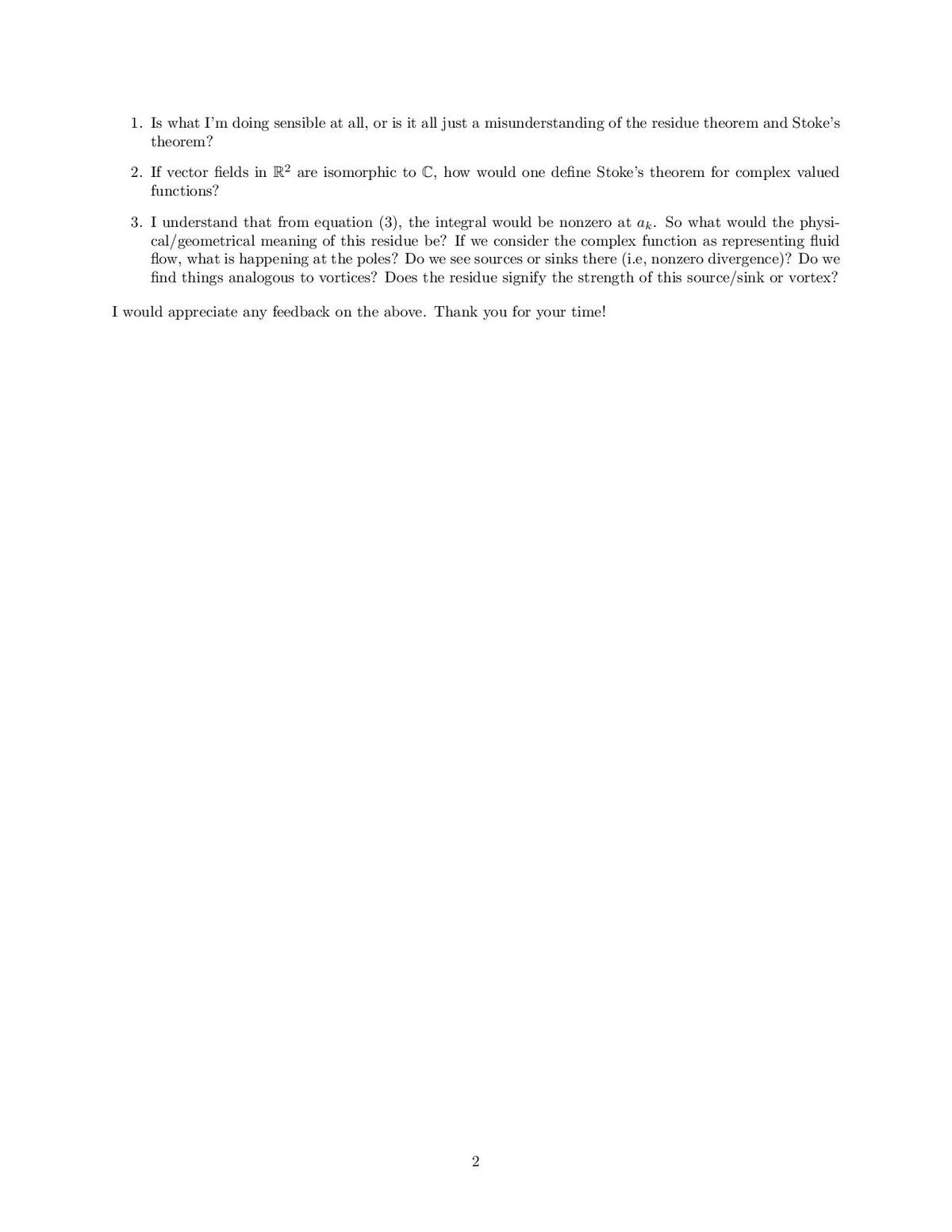 All this led me to realize that you can divide complex numbers but you can't divide elements of R2 with each other. So I have the following question in addition to the questions mentioned in the image - Is the usual topology of the complex plane the same as the usual open ball topology of R2? If not, can we accurately draw analogies between complex numbers and the real plane?