It may resemble your story too.

I was in 9th standard when I heard for the first time the words like "Goal","Aim","Passion","Interest" etc. There used to be a Social Science teacher Mrs. Seema Sheoran in my school (now she is the Principal of any other school). One day she came in the class, and started discussing about the dreams and goals of all the students of my class. Some were telling "doctor" as their dream, some "engineer", some "Film star", some "Press reporter" and many others. I was completely shocked ! Then it came my turn, I was completely quiet because I didn't want to lie. I didn't speak a word at that time in the class and finally I was told to sit down.

In the lunch time, I went to that mam and asked her about my goal. I told her that I don't have any aim, I don't know what's my interest. After a long discussion, she told me to become an IAS (Indian Administrative Service) officer. (Today I think that the reason behind her this suggestion was that I was the topper of my class from the day I joined that school and she knew that I can do it.) I said "Okay mam".

From that day onwards, I started thinking that being an IAS officer is my aim of life. Whenever somebody used to ask me about my aim, I used to reply that I want to become IAS officer. And I got a lot of appreciations about that thing. And my answer remained constant up to the end of my 10th standard.

Then It was to take admission in 11th class, I didn't know anything about the streams i.e. Arts, Commerce, Medical, Non-medical. So, I believed everything whatever I was told at that time. I was given two options that you can take either medical or non-medical. I said that okay fine, I want to take medical because I want to become a doctor and that is the aim of my life. (Then aim of the life changed) So I decided to become a Doctor in my life.

But I was unaware of what was happening on the other side i.e. on the side of my parents. They were told that It will take a lot of money while studying for Doctor's degree, (and my family's financial background couldn't afford that) so it will be better if he takes non-medical and becomes an engineer.

So finally, I was made given Non-medical stream in 11th standard forcefully, But for the sake of my doctor's dream, I opted Biology too, but as an additional subject which was not counted as a main subject. I don't know when my dream again changed from Doctor to Engineer. It happened because one of my friends told me about engineer and IITs. I was shocked and showed my craziness towards Engineering. But with my 12th class, I was not able to perform well in the engineering entrance examinations. So, I decided to take a drop for one year and prepare specially for Entrance examinations and IIT was my target then.

But I couldn't get qualified for admission into IIT. You can read it more here : A Note from my Personal Diary 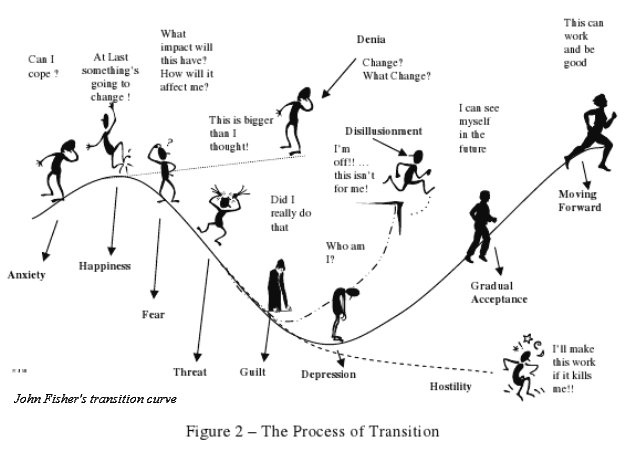 Now finally I'm on the track from the past one year, and I never stop dreaming even now. I'm crazy about taking big dreams and checking out my potential.

Some Transformations which I experienced in approximately 7 years, you can make them today (in a single day) :

So guys! Get up, Start believing that you’re Strong enough

show your actions, leaving everything which is stopping you.

It will just a take a move for settling down everything.

Remember that you’re strong enough for everything.

Note by Sandeep Bhardwaj
6 years ago

Thanks to all of you. ⌣¨

A good and motivating note resembling to my story:)

I wouldn't have been half as motivated as I am now if I hadn't come across your views sir !

My Best Wishes to you sir in chasing your Dreams :D

That is really motivating!!

Thanks for such wonderful reflection. This note will make many of us positive.

The world belongs to those who believe in the beauty of their dreams.

I respect you sandeep sir for this motivational story.

Sandeep sir, PLEASE HELP ME! I am a commerce student. Please refer me some books. That will help me to boost my maths. And if you know any of the books of commerce( accounts, Business study & Economics) PLEASE SUGGEST ME. Yours sincerely ●Atanu

Came to revisit my old gold site and my friends here, seems nobody is active here anymore. The place has changed sir. Your @Sandeep Bhardwaj this post and your personal note still fired me up even though I am no longer in the JEE competitive scene. Your lessons are still as much valuable as much they were then. Hope you are fine and going strong.