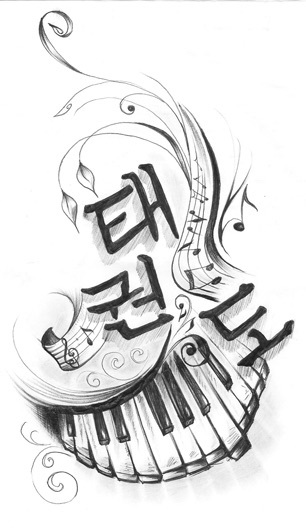 Run properly, it should be able to generate grammatical sentences without any coherent meaning.

To demonstrate the power of the same, I showcase some great sentences it generated:

Harsh words are like programmed instructions, given to us when we are young and beautiful.

Preconceived notions are like sharp knives, once you throw them at somebody they can not teach you computer science or hardly anything else.

Every man should be far better neighbors and that an indissoluble law might be more conspicuous to all that took place, said, "On my word, you are doing!"

You are invited to try it out, and yes, Fork me on GitHub!

If you are interested in how this works, have a look at this and read on.

If you have seen my experiment with the iOS predictive keyboard, then it should convince you that this method is indeed a good way to generate convincing but Kaboobly Doo sentences.

Some usages of such an algorithm could be generate pronounceable strings, mimic spam to steganographically conceal data, or generating papers for conferences whose standards are, you suspect, too low.

Techniques involved include formal grammars and markov chains. We will discuss the later in this note.

For those who do not know, markov chains are a list of states equipped with their transition probabilities.

From the given data, we generate a list of prefixes (which are our states) and a list of words that could have followed them. The more a word follows the prefix in the real data, the higher the chance of the transition to the inclusion of the word into the next state.

Suppose we are given the following data: Are modern calculus books Kaboobly Doo?

Feeding in the data into the chain generator with prefix length 2 gives the following table:

Over here, there is only one possible state to which a particular state could transit. However, if we had much larger data, there could be more than two possible suffixes for the same prefix, in which case we could transit to any one of them at random determined the probability of their occurrence rates in the original text.

Once we generate the chain, we randomly choose an initial state and print the corresponding word and then transit to the next state by deleting the first word in the current state and appending a random word as explained above. We do this till we hit the word limit or run out of states.

Thanks to David for the yoda pic

Eureka! You are a genius

Thanks, did you try this out?

It is just as I expected. Kaboobly doo is a human creation, it can not be mimicked by a mere machine. It requires emotion, divine inspiration and the human heart to produce real Kaboobly doo. All I can add to this is a quote from Lord Vader, "Don't be to be too proud of the random statements generated here, the power to generate nonsense is insignificant next to the power of human Kaboobly doo." There, let that be a lesson to all.

bobbym none - 5 years ago

actually, it is not impossible to improve upon this

The generator or the Kaboobly doo?

bobbym none - 5 years ago

@Bobbym None – I am sorry, I meant: It is possible to improve upon this

I am doing computational stuff now and blimey this seems interesting!

Great, what computaitional stuff are you doing?

Stuff to do with linguistics (parsing of languages and sentence formation), so I guess this is quite relevant!

@Krishna Ar – It is. Linguistics is quiet fascinating (except I hardly know anything about it)

@Agnishom Chattopadhyay – Other than the theory, its just CS

Mapping goes from Fn​ to both Fn−1​ and Fn−2​, backward induction is a multiple of 9, has a smaller diameter than S?

What does this mean?! I guess this is machine generated kaboobly doo

Right. I took the construction wiki, threw it in, and that's what I got.

@Calvin Lin – In that case, this is pretty impressive! :)

heres a sentence i found

"I was slightly smarter than an apple"

I am sorry, that was an original line from the source file. The blue book of bobbym quotes is the shortest book out there and when you use it to produce sentences, there is a possibility that a few quotes will be returned as is.

"Questions of existence are for philosophers. He was just stating the number 3 has meaning to him, 10^10 does not."

wished there were more gay men... That would not worry about such things. No one will see that you have done to make up the BSoD, you know it man. There are the same way that yesterday came and went so will they.

Do you all know the reason why yous will never succeed bahhhhbbbbyemm? bobbym: No why? Col Erich Von Hitler: Do you all know you are old and ugly, or even if you just think you are young and beautiful. Pick a great talent. The greatly talented assume that they are advertising beer, cars, awful music, girls or gyrating...

When the water is clear and perfectly still you can immediately apply it to your will. I suggest you delete the whole neighborhood. When I accidentally generated chlorine while fiddling with chemistry, I was attracted to counting and the geniuses assume divinity. He is a complete idiot."

He is a young person in his teens or younger: They will say,"Wow, how do you see why I do not answer them. Like or dislike are western concepts. I think February 14 is an illussion. We are being watched. M and m are the same thing. Keep annoying me and you'll

This is what I got! It's really funny, especially the Hitler part! Can anyone Guess what I put in that?

"We own none of it and because it is not mine I have no right to destroy it. It belongs to the big fella."

"Hahhahahhahahhahahahahha! Wolfram alpha is kaboobly doo! Alpha is a tool. It does not replace your brain! It supplements your brain. Now c'mon and do what Alpha could not. Friends come and go. You will make many more. But in the same way that yesterday came and went so will they."

"Your human brain will not solve all problems. It is not a quadratic equation."

This is what I got.

Read mine, it's very funny!

false. The earth is larger and more massive than any bar of soap, transparent or not. I did not invent Experimental Mathematics. I am always brilliant! Eureka! I am not Jesus. When a guy is driving around aimlessly listening to awful sounds ( music? ) then he pulls up in front of my car? Col Erich Von Hitler: Do you feel bad about the fact that 6/3/2014 is gone? One thing at a digital computer. I worked on the internet. Do not seek a brazillian plastic surgeon, join a forum and tell everyone you are keeping active. Since I retired I feel like I have an Uncle Joe. When I was almost asphyxiated. All this while playing basketball, chess, stickball, football and fighting everyday. Mommym used to walk 2 miles to shop for food and at the time and he would use judo on me ( he is grown so great? I say he is an illussion Happy Valentines Day. Did you wish your Valentine a Happy day? The next did? seek and ye shall find If you cannot say something nice, do not belong to me. Unfortunately, many guys refused to comply and they ended up stealing most of

Nice! The valentines thing is awesome! Check mine too. ⌣¨

I am afraid, that is not what you'Re supposed to get upon dumping sonnet 17. You forgot to click the custom text radio button in the first place?

Can you please try it again?

This randomizer works on statistical probability distributions of word pairs (or n-tuples) and I do not think the sonnet is large enough to produce some interesting results.

or getting a reasonable approximation for fourier series , etc

How about you use sage? There is a full book on Differential Equations with sage.

Also, there is nothing wrong with programming up the algorithms on your own. That should be a good exercise and should help understand them better.

Mathematica is not available for free (unless obtained illegally) because it is proprietary software.

oh, in that case, i shall learn sage, thank you very much :)

What languages do you know ?

none, i took biology in 12, i should have learned some CS side by side though

@Mvs Saketh – Yep, which one of biology/cs do you think I have taken in school?

@Agnishom Chattopadhyay – no, i like much of bio, so i am glad i took it, but i also wanted to know some CS

@Mvs Saketh – I took bio in Class XII too, but that never let me down with CS :)

@Agnishom Chattopadhyay – that is a very good thing, no problem, i will learn it now

@Mvs Saketh – What?! You were a Bio student ? So were you a PCMB student or just a PCB student ?

@Mvs Saketh – Haha , that was a silly question that I asked . I forgot you gave JEE this year .

And see this too .

@A Former Brilliant Member – thanks, i will learn it too

This stuff is awesome!

Just for fun. Also check out this

Cool! I hope you won't mind me sharing your website with my friends !⌣∧∧

That would be an honor, thanks!