Most sorting algorithms have a predefined plan to sort a collection of objects, and they are often built to assume random input data. This has led them to do extra work than what is necessary and sometimes certain sequences of data slows down the sorting algorithm remarkably. Another consequence of this is that some sorting algorithms are known to perform well in certain conditions while others perform better in other circumstances. For instance, Quick Sort performs well in completely random data while it suffers with partially sorted data or with sorted collections. A good sorting algorithm should be designed to deal with any data and to do the minimum required steps to sort a collection and it should perform well under any circumstance. 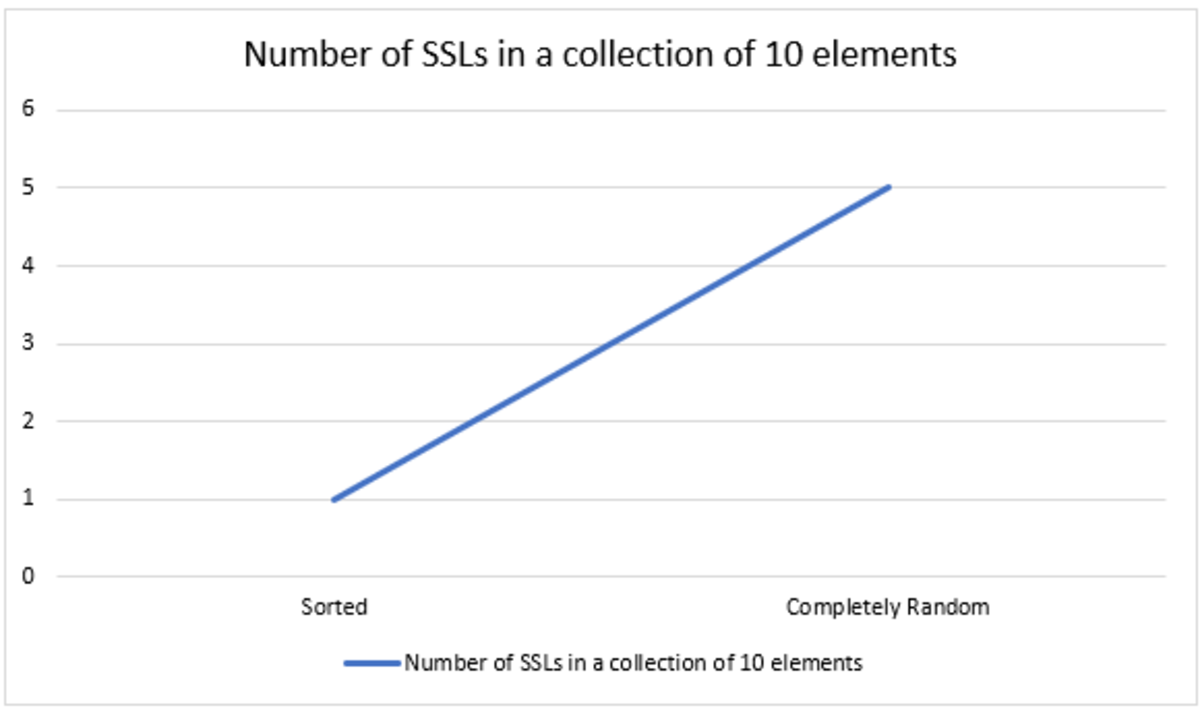 M Sort is a new sorting algorithm that works by gathering and merging SSLs present in a collection until we are left with one SSL and then the collection is sorted. It is implemented to have two main routines:

All the following are valid SSLs:

Benefits of using this design:

Using such design yields many benefits:

M Sort is implemented, in the code provided below, in one function to sort an array of integers. It simply finds SSLs and merges them into one SSL. There is no use of different sorting algorithms or fancy complex merging techniques, just a simple SSL finding routine, and a simple merging routine. Although it can be simply enhanced in performance or templatized, the goal here is to emphasize the idea M Sort tries to provide with simple to understand steps and not to provide a complex implementation.

Visual Studio 2019 with C++ 17 was used in development and testing.

Did you design this algorithm? You should probably be publishing it instead of putting it out onto an online forum. Otherwise, good work. O(nlog(n)) as worst case is pretty decent.

I designed it yes

Can you suggest a way to publish it?

Yes, this is really cool! Here was one suggestion for publishing. Like it says though, you'd have to make sure it hasn't been done before.

@David Stiff – I published it @ academia.edu - link: https://www.academia.edu/s/e92491b8cb?source=link Thank you for your help, much appreciated.

Thank you for your help