Writing a great physics problem is something of an art. There is certainly no one path to writing one, but there are some things to think about when you do.

Is there something here? The simplest question you can ask yourself is whether or not your problem requires doing anything more than the straightforward application of a basic formula. If solving your problem amounts to solving the equation F=ma, plugging into xt​=x0​+v0​t+21​at2, or F=qvB, chances are that it will interest nobody except the absolute beginner. Not only is your time better spent thinking up some more interesting material, but the question you’re writing has likely been written and posed thousands or millions of times before throughout human history.

Does this reduce to randomly knowing some arcane trick or formula, or can this be approached by the non-expert One particularly bad kind of physics problems is that which is really hard unless you have knowledge of some very clever trick that took a researcher a lot of time to realize. I.e. is the difficult part in this problem the realization of some deep physical insight, or is it evaluating the integral of a Bessel function of the second kind? This is a cheap way of making a problem that appears fun to work on, but in reality just works to drain the soul of the person who tries it.

Does this present a new challenge? One important thing to keep in mind when writing a problem is whether or not you’re making something that you’ve done before. Chances are that if you’re mimicking something that you saw elsewhere (especially with simpler topics), it will be a problem that other people have seen before as well. A simple way to avoid this problem is to focus on questions that strike you about that world that truly perplex you.

For example, you might be at a modern art museum and see the following pattern between two screens: 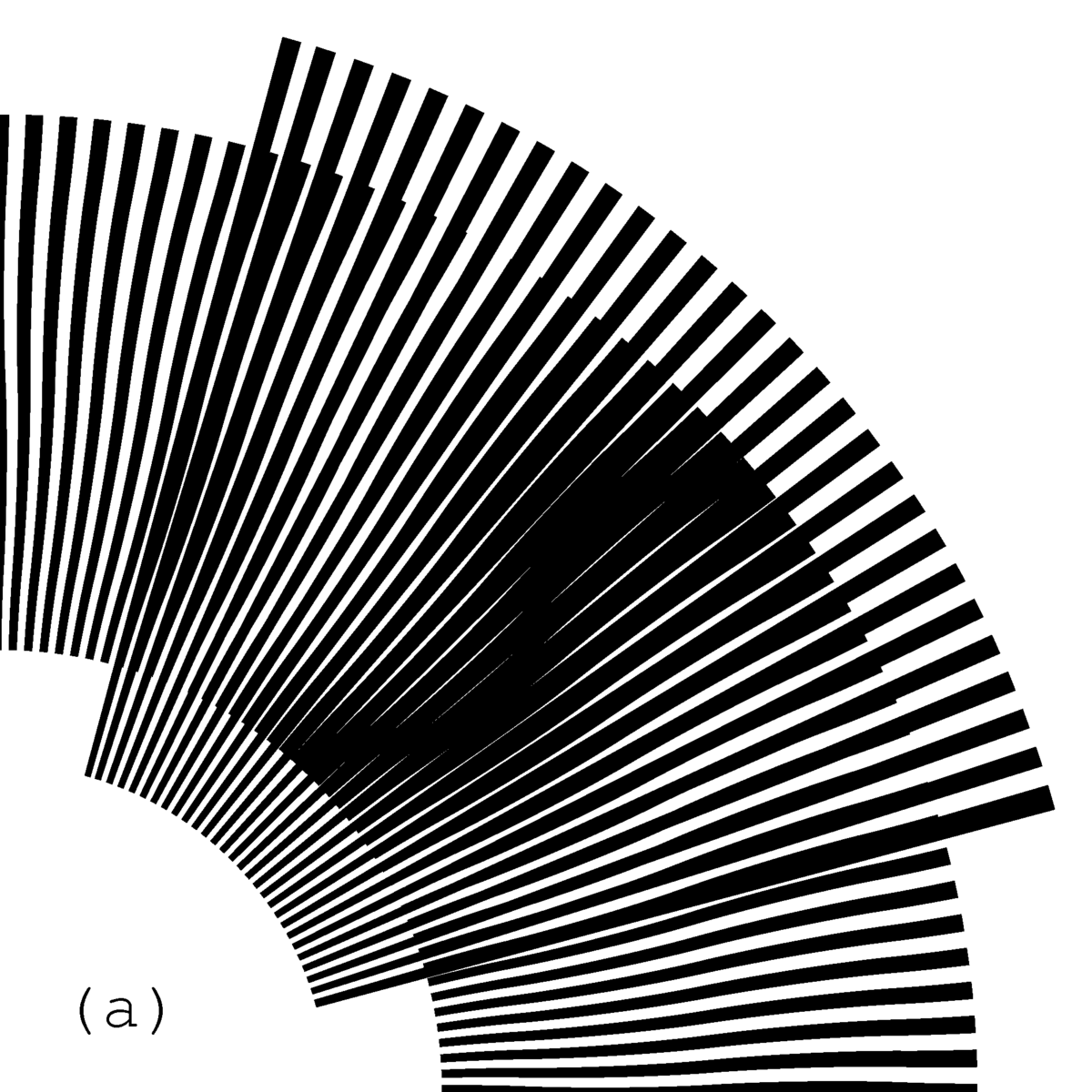 Why does there appear to be a sine wave? Will that shape change as the screens move relative to one another?

Or you might be drinking your coffee and wonder how long it takes for the swirling to come to a rest. How can we capture crucial aspects of its timing?

While there is no shortage of textbook problems that apply the laws of kinematics with a slightly different twist compared than the first 10,000 kinematics problems that humanity has written, there are many, many more problems about the real world that require new thinking, a mixture of approaches, or that may require you to make an approximation. These are the sources of truly inspiring problems. Even if you don’t end up doing something brand new, getting in the habit of finding problems this way is what physics is all about, and can give you a lifetime of enjoyment.

If your problem involves

then it is very likely you have material to make an excellent problem.

My problems match the above requirements. But it seems that no one is interested in my problems. They get rated so late. Please do something.

Physics doesn't receive as much attention as Math or Computer Science. It will take time for the community to grow. So this doesn't mean your problems are bad. Do keep posting more problems and I'm sure they will get popular soon.