Mass of the universe 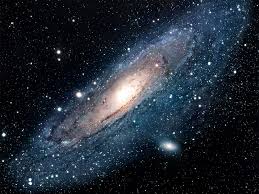 I read that the mass of the universe is of the order1050 kg. But how is it determined?

well at what time it's mass is 1050 kg ? Because Personally I feel That Universe is Expanding Continuously Since from Big Bang , So I Think That Mass would Be Variable . So Personally I think That it is difficult to measure mass of Universe at particular instant of Time . Also In which frame u r Talking ? Beacuse Mass depends on reference frame . (I don't Know whether I'am correct or not But I just share My thinking .) !⌣¨.

the only frame we can access is earth frame, and no i dont feel expansion causes rise in mass except due to the fact that the expansion is speeding up and we know mass rises when it moves fast relativistically, but expansion by itself doesnt cause mass change because even what we define as a unit mass also changes in the same manner as the rest of the universe

well I Know very - very Little about Relativistic-ale Mechanics , But Still I didn't Understand what did You Mean By "we define unit mass ............... as the rest of the universe" ?
In My views Since from Big-bang mass is continuously increases beacause after Big-Bang , Lot's of energy would have been Produced , So this Energy should be converted into mass , due to which massive bodies are formed such as Planets ...etc. So Mass should be continusly increasing In My Views.

So what did You Say ?

@Deepanshu Gupta – i mean to say that if i define 1 metre as the length of my elbow, and then you somehow scale up everything in the universe by a factor 2, even then i will feel everything to be same size because everything has scaled up by 2, even my arm which i called 1 meter.

and i do not think the energy released in the big bang is changeing into mass, Rather, in all the stars, hydrogen atoms fuse to form helium and energy is released meaning that products have lesser mass than reactants, meaning that mass must in that sense be decreasing as a whole, infact all that energy released rather causes an enhance in entropy of the universe, i am unfamiliar about any reverse process in the universe.

Also relativistically, the mass of an object increases with speed, and expansion is increasing, and hence their rates, and hence the objects masses,

Now i do not know how correct i am, or which one of them has the upper hand in the universe's rate of change of mass.

But as far as i know, they are based on some credible sources, like books, and as far as i know about special relativity (only kinematics and a very small part of dynamics) , and some physics problems present a highly approximate classical model of expansion of universe from where i learnt some stuff

@Mvs Saketh – In my opinion, the total mass of universe counting the reltivistic masses of various energy forms, is constant .

@Mvs Saketh – how do they say that the mass is of "so and so" order,like how do you try to measure it?

@Deepanshu Gupta – The thing is, the mass will be same, if we consider the conservation of mass and energy, right?

Then you are saying that, if we just take the whole universe, and measure its mass at any point of time, it will be constant, forgetting the unit?

when we define unit mass we actually are referring to a relative mass concept(or unit mass defined with respect to a specified standard).But when we consider mass of universe we are actually talking about the absolute mass{energy being converted to mass to attain stability as per standard potential energy v\s radius(or size)graph},which according to big bang theory,is increasing continuously.

yes,i agree because mass is relativistically variant and can vary with different frames depending on the speed(not velocity) and acceleration of the selected frame.As you know the relation is given by m=1−c2v2​​m0​​

I don't know how to solve this problem,can anyone help me out? https://brilliant.org/problems/these-springs-again/?group=mvDbOLCWDkmy