Must Everyone Fit The Same Mold? 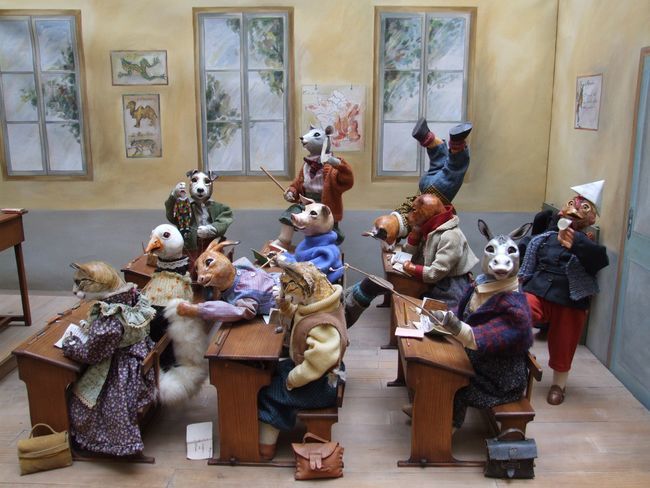 Once upon a time, all the animals in a special advanced animal kingdom became very excited about the new school that was being formed for all the animal children. Modern administrators organized the school and adopted a curriculum of activities consisting of running, climbing, swimming, and flying.

All the animal parents flocked to the school, eager to enroll their children in this new progressive school. After all, they wanted the very best for their offspring.

Mr. and Mrs. Duck enrolled their son, Denton Duck, and expected great things from him because he was an excellent swimmer. In fact, he was better than the instructor. However, Denton had been in school only one week when the administrators discovered that he was quite poor in running. So they made him stay after school and practice running. He also had to drop swimming in order to work more on his running. Finally, Denton's webbed feet became so badly worn that he then was only average in swimming. But average was acceptable in this school, so no one worried about this except Denton and his parents. Now, Ronnie Rabbit was at the top of the class in running but ended up having a nervous breakdown because of having to do so much makeup work in swimming.

And Sammy Squirrel was excellent in climbing until he developed cramps from overexertion and got a "C" in climbing and a "D" in running.

Ernie Eagle was a problem child and was severely disciplined. In the climbing class, he beat all others to the top of the trees, but he insisted on using his own way to get there

At the end of the year, Earl the Eel could swim exceedingly well and could also run, climb, and fly. Earl had the highest average and was valedictorian of the class. The prairie dogs stayed out of school and fought the tax levy because the administration would not add digging and burrowing to the curriculum. They apprenticed their child to a badger and later joined the groundhogs and gophers in order to start a successful private school.

Or may there is a Ronnie Rabbit in all of us? May be we still don't know?

Or are you like Sammy Squirrel, bothering about the "D" in running and "C" in climbing?

And what about Ernie Eagle? Earl the Eel? Or may there are little prairie doggies in you, waiting for you take a decision?

What talents do you suppose you possess? Are you trying hard enough to make the most of your own talent?

Thanks for stopping by, and spending a bit of your precious time to read this article.

You can find similar articles in my PT set ^_^

Have a wonderful day

This was so amusing to read :)

haha :D I am glad that you liked it.

The animals are so cute! Was this your own work?

I found the story in a book. I liked it, thought it will be fun to share it here. Also, the story has a hidden message about one's ability. I can be credited for the choice of pics though :D

Thanks for stopping by to read it. :)

Thats how they kill your talents

Sadly that's what our education system is :(

That's a great piece of work that you've shared with us . Thanks ^_^

Now, that all of you have liked it, I will try posting similar articles :)

Looking forward to it ^_^

I love the way you have pathetically potrayed the wearing off of talents in animals. It was like reading a contemporary fable.

Nice one and thanks for sharing it on brilliant:-D