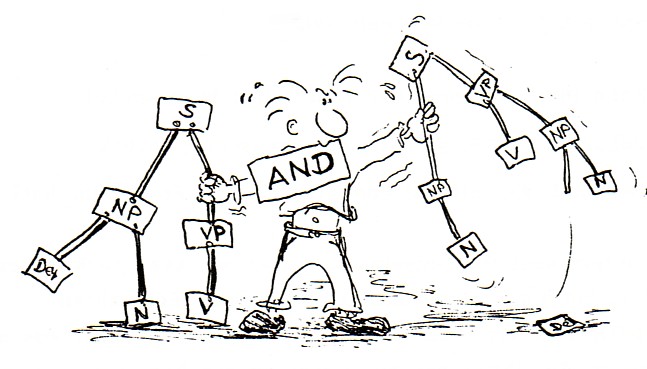 I am back on Brilliant after a long time, and I have had an experience at the International Linguistics Olympiad Training Camp this year at the International Institute of Information Technology, Hyderabad (IIIT-H) and it was a wholly new experience on a totally different scale. For one thing, I had no idea what to expect when I sat for the national round, the Panini Linguistics Olympiad (PLO), because even though I had seen a few papers from previous years, I had not solved them at all, and was totally unprepared.

However, luckily enough, I was the only one from the senior section of Kolkata to get into the IOLTC. Whoever heard of this Olympiad from me, actually asked me, what I was doing with languages, and I explained each time, starting with the introductory line they have for the Olympiad,

You do not need any prior knowledge for this Olympiad.

This was the thing about the Olympiad that caught my fascination. After I got through the National level, I actually looked at the stuff pretty seriously, and along with common sense and logic, they have some pretty math going on there. So linguistics is very much about deducing everything through math and logical reasoning than about learning the grammar, syntax, semantics of the language.

The real fun lies in deciphering all of these for a given language from a limited data set, using only common sense and no presumptions on the problem-solver’s part.

In the following stanzas, I am going to share some of the things I learnt at the camp.

What I mean by that is that you cannot always use ‘go’ in a sentence, and replace it with ‘come’ to have just the opposite meaning. Though we know that they are actually opposite in meaning to each other, that is a situation, in general, but not always. For example, ‘Have a go at bowling’ makes perfect sense, but ‘Have a come at bowling’ does not make sense, and one cannot construct a sentence with ‘come’ having the opposite meaning of the sentence above.

And all of these have to be figured out only from the kind of data given above, and while the method of solving can be completely original to you, I can tell you one thing, it is entirely logical and has no ad-hoc assumptions, and you are probably given more information than what is necessary.

The Linguistics Olympiad is a comparatively young Olympiad compared to Math, Physics, Astronomy, Informatics and Chemistry but it is fast gaining a commendable repertoire. And for anyone looking for some entertaining problems with logic to solve it and nothing else, this is the thing for you.

I end with the hope to see more people getting into this Olympiad, as is the craze with other Olympiads as well.

Firstly, congratulations on getting selected into the Training camp!

And, thank you for sharing this note with us. The majority of the Brilliant community (including myself) had only very little idea about Linguistics. This note should be a source of motivation for us.

You sure sited some interesting examples. When I can may be I will post some #Logic problems on Brilliant inspired by these resources.

you are welcome, :D and I too wish I had known about it earlier.

yeah, it is interesting.

Ahhh, I'm getting that familiar feeling when someone whose third or fourth language is infinitely better than my first language.

ah, that feeling is almost the only feeling people get at this camp, only that there are people who have something like seventh and eighth languages. :P