There is a certain class of fishes called bony fishes . As Ammonia passes through their gills , Ammonia gets converted to ammonium ions which then bony fishes will excrete as a waste product . As we know Ammonium ions are the substrate for the formation of nitrite (NO2^-) and nitrate (NO3^-), which is then taken up by plants thats when we call nitrogen has been fixed . But as we see Ammonium ions has been excreted by bony fishes , so Ammonium ions are there in water . Then we put the bacteria that oxidise ammonium ions into nitrites and then to nitrates . But as we know nitrates are soluble in water that means there will be no formation of precipitates . Nitrates will be there in water waiting for somebody to extract them and feed it them to plants so that by eating plants we can ultimately get that nitrogen . SO is there a way by which we can precipitate out nitrates which are originally soluble in water? 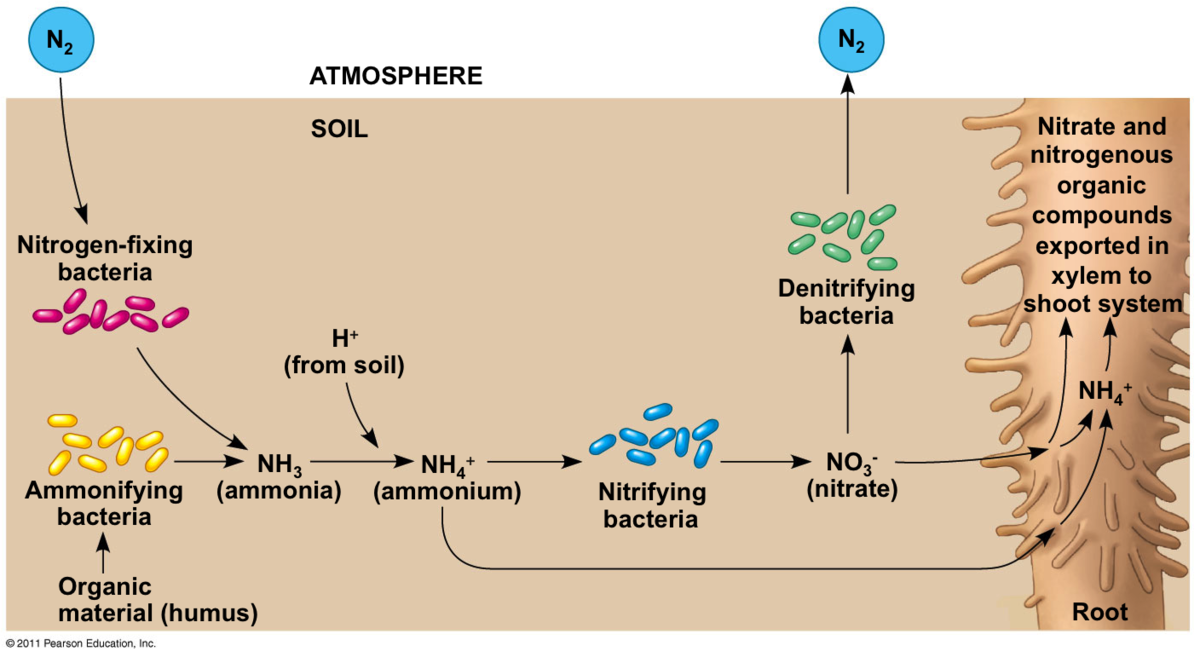 Note by Saraswati Sharma
4 years ago