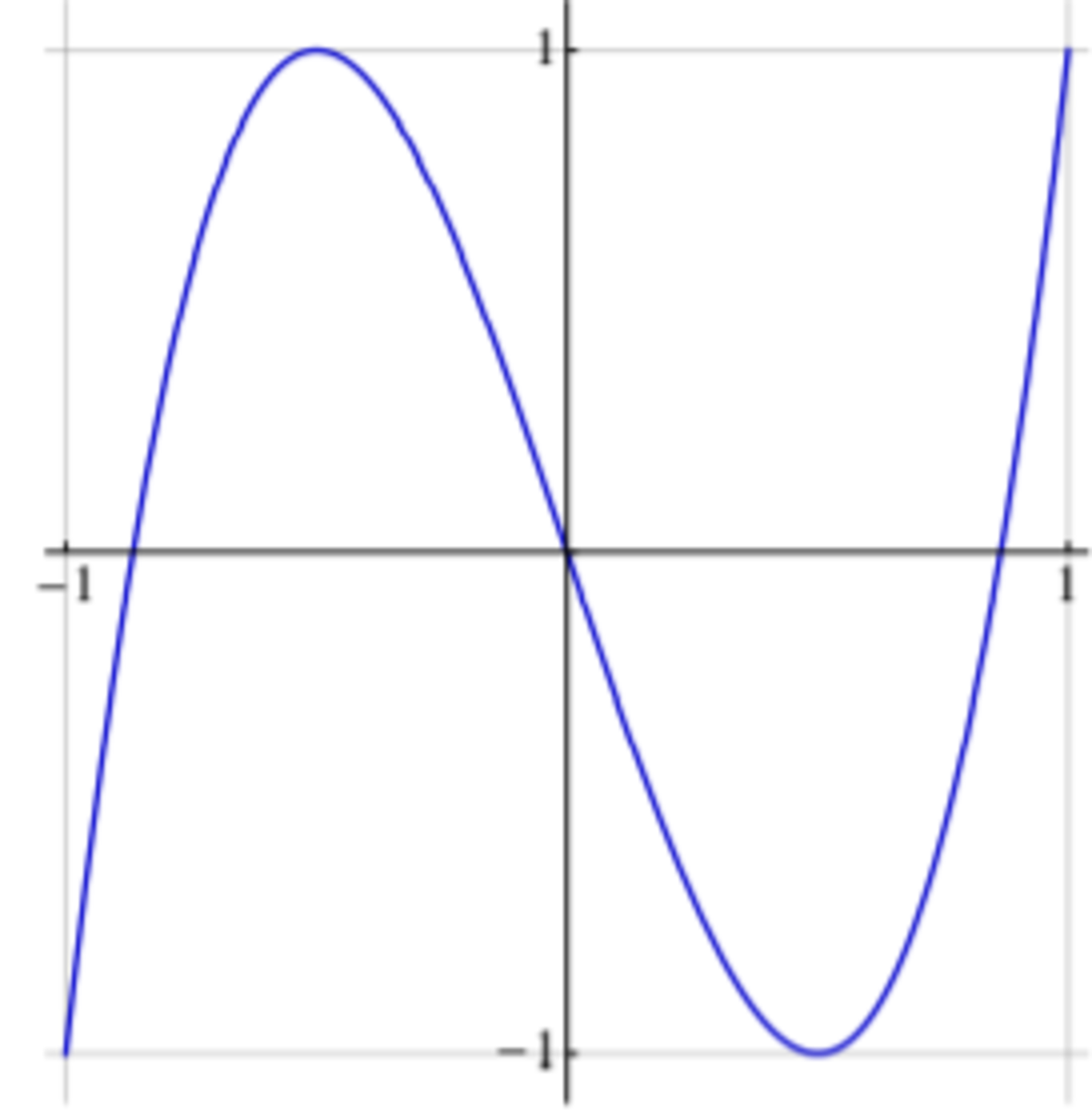 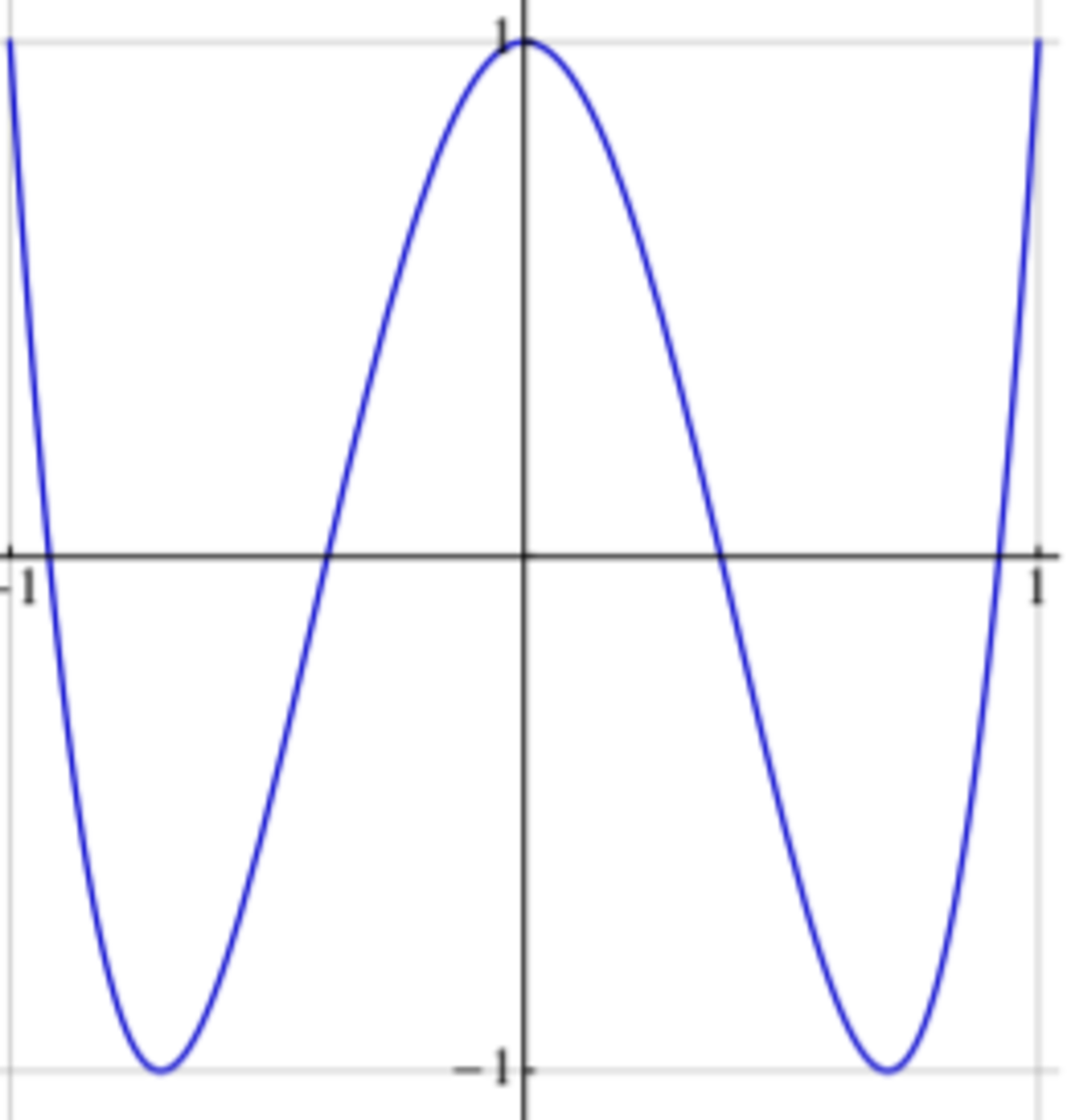 The two pictures are examples of third and fourth degree polynomials 'just fitting' inside a square of side length 2 and centered about the origin. These surprisingly have integer coefficients.

What can be said about polynomials of a higher degree?

Interesting that there is this connection, why is this so?

I guess it's just a corollary of Chebyshev polynomials. I can't verbally explain this.