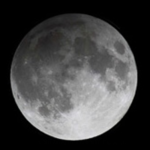 Can you explain why these different types of eclipses occur?

To understand these differences, let's investigate how light from the Sun is blocked by the Earth. Because the Sun and the Earth are not simply point masses, the shadow that is obtained isn't cleanly delineated (Why? Hint—would there still be a penumbra if the Sun were smaller than the Earth?). The regions of space in which all of the Sun's light are blocked by Earth is known as the umbra. If the Moon passes completely through the umbra, then we will obtain a total lunar eclipse. The view of the Moon would be completely blocked. 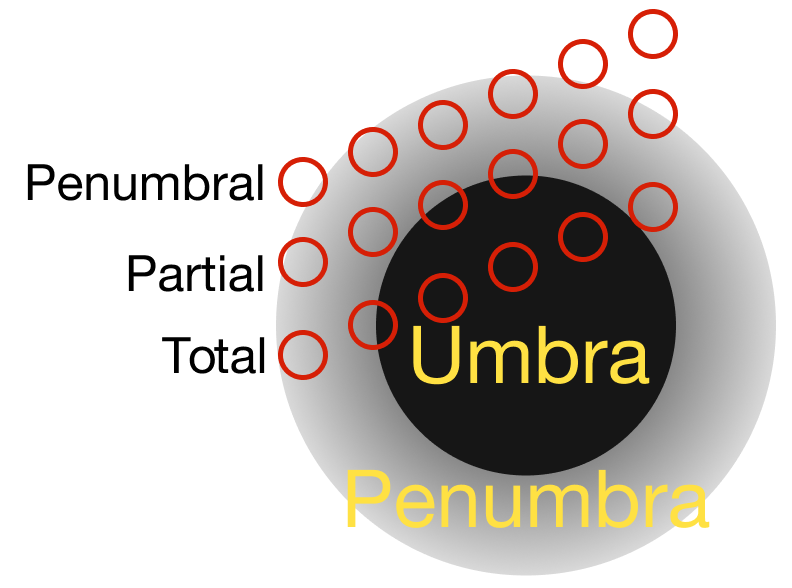 There will be regions of space in which some — but not all — of the Sun's light will be blocked by the Earth. This area is known as the penumbra. If the Sun, Earth, and Moon are not completely aligned, and the Moon touches but does not pass completely through the umbra, then we will obtain a partial lunar eclipse. A part of the Moon would be black, as if matter were actually missing.

If the Sun, Earth, and Moon are further misaligned so that the Moon passes through the penumbra but not the umbra, then we will only experience a penumbral eclipse! The diffuse outer shadow of Earth will fall on the Moon's surface, leading to a darkening but not a complete blockage.

Note by Calvin Lin
4 years ago

Another way of looking at this is that from everywhere on the moon that is in the penumbral zone, a partial eclipse of the Earth is being seen. 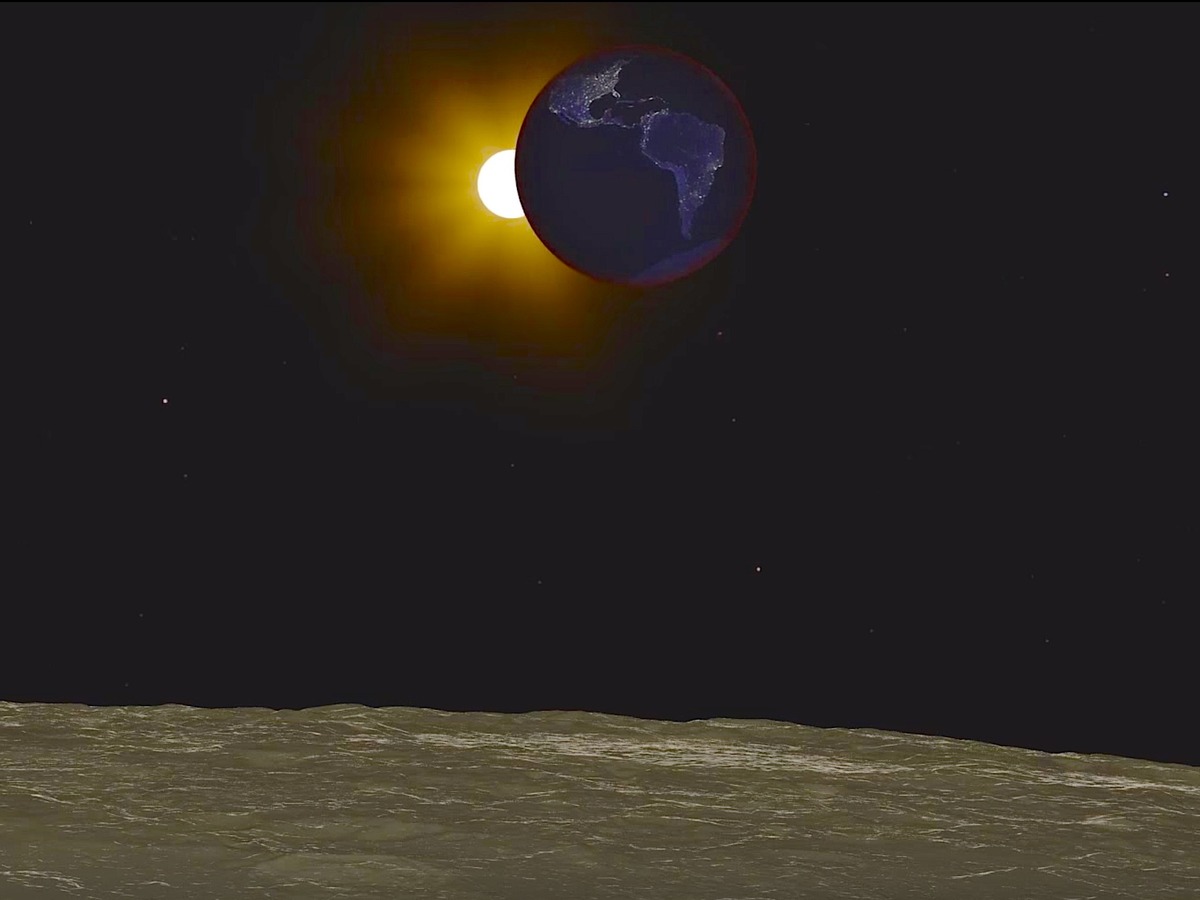 Next time you see the moon during a prenumbral eclipse, think about that.

NASA should have the moon lander take earth eclipse photos. I can't believe that they only have animations

I agree, I can't believe they haven't shot this kind of thing by now. Maybe it's because the cameras on the moon landers can't take solar shots? They forgot to bring the filter?

That's a great picture, and helps me visualize (and explain to friends) what's happening!

I think maybe we should refer to it as a partial eclipse of the Sun by the Earth.

An eclipse of the Earth (as seen from the moon) would be for the moon's shadow to cover the earth. Of course it's far too small to do that. The moon's tiny shadow streaks across the earth causing an eclipse of the Sun for Earth dwellers who are lucky enough to be in the path of the shadow. Which I intend to be this coming August!

I did see the eclipse of July 11, 1991 out in the Gulf of California on a clear, cloudless day, from a yacht. The totality lasted almost 7 minutes, which is a remarkably long, long time. How and why I was there is a story itself.