Post anything science related that is extraordinary and uncommonly known.

Science is great, knowing random theories and facts about science makes it even better. Did you know that 202 dB's can kill a person. Sorry that fact was sad.😔

How about that some neutron stars about the size of Manhattan Island, weighing more than our sun, spin faster than a dentist's drill?

And also, on a neutron star not spinning so fast, if you fell of a chair on its surface, you'd hit the ground with the force of a ten megaton bomb. Don't tip your chair!

.....wonder what the momentum would be.😮

Sometimes, neutron stars can be moving through space at 1000km/s and rotate 500 times a second.

@Sharky Kesa – Yeah, that's about the speed of a conventional electric dentist's drill. Meanwhile, pulsars seem to be theoretically limited to about 3 times that rotational frequency.

And another thing about neutron stars is apparently they are the roundest object in the universe (so far).

The reason that these are roundest object are collapsed under the force of their own gravity. Our Solar System started as a giant, spinning, cloud of gas and dust that slowly collapsed under its own gravity. As the cloud collapsed further its spin increased (like a spinning skater pulling in his/her arms). As material collapses on itself, the most natural, efficient shape to form is a sphere. Gravity also has the effect, of trying to pull material towards the center of mass of an object.

Ha, Einstein got a lucky break.

I 'm gonna write about some instances of intimate relationships in the insect world:

A small insect species called the aphids are extremely vulnerable to their insect predators such as the ladybug.So to protect themselves,the aphids secrete honey dew which is eaten and collected by ants.These ants in turn provide protection to the aphids from their predators.

2.Moth and the pyramidal orchid

As soon as the bernette moth inserts it's long probosis into a pyramidal orchid flower a horse shoe shaped mass of pollen gets attached to it.When the moth goes to other flowers,a speck of pollen is transported and inserted into the flower and hence helping in pollination.Sadly the moth is incapable of getting rid of the pollen mass 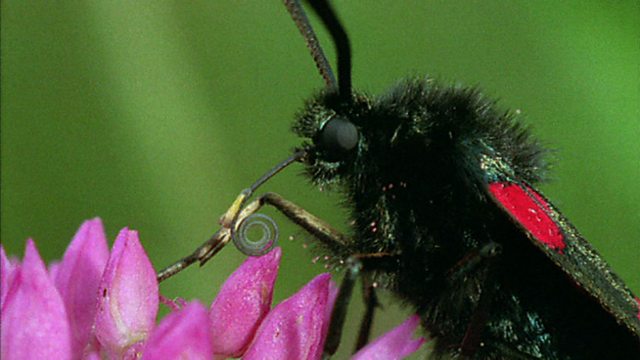 The tiger beetle is a successful ant hunter.The larva plugs the enrance to it's den by it's head.Any ant touching it's head is eaten up immediately. Methocha is a wingless parasitic wasp which mimics an ant.When the tiger beetle goes for the kill it slips between it's jaws,grabs the larva's soft body and stings it.The sting paralyzes it and the methocha lays it's eggs on it's body.It pulls the larvae down and blocks the entrance to it's burrow to ensure safety of the offsprings.After the eggs hatch the offsprings feed on the beetle larva's preserved flesh!!

A white crab spider waits in ambush taking advantage of a flower's advertising. 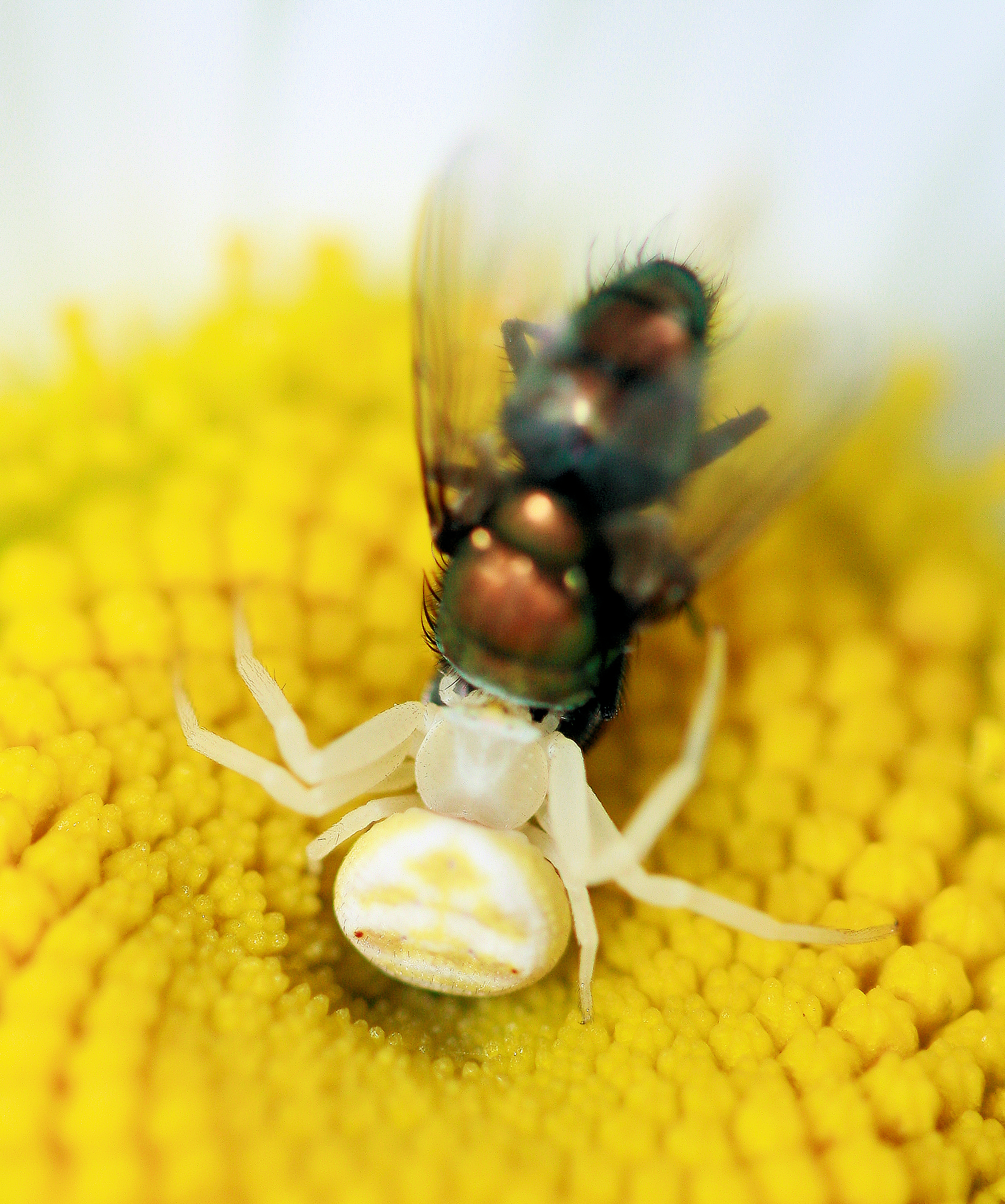 This one you can try at home:You can significantly increase the range of a car remote by pressing it on your head

This is due to standing waves formed in the fluid inside your head,thereby constructively interfering and increasing the range of the remote.

I need to try that!

There was a video on this on the Sixty Symbols Youtube Channel.

@Sharky Kesa – Cool, got to love YouTube. Have you seen that music video ( let me take a selfie.) dumbest thing I've seen in my entire life.

@Robert Fritz – Actually, to be more precise and avoid further confusions, it should be dB :) .

This link Please read you will actually be amazed

It said that I need to sign into quora!

@Gaurav Pathak – Thx! I found something about these German bombs that made a high frequency or pitch from igniting air 50 times a second. Pretty amazing!

Sure, loud sounds can be deadly, but so can silence. According to this article, the world's quietest room has a sound level of about -9 decibels. People inside can hear every movement–even those inside themselves. The longest anyone has ever stayed inside the chamber is 45 minutes, but the silence drives most people crazy before that.

That sounds like a cool experience for at least a few minutes.