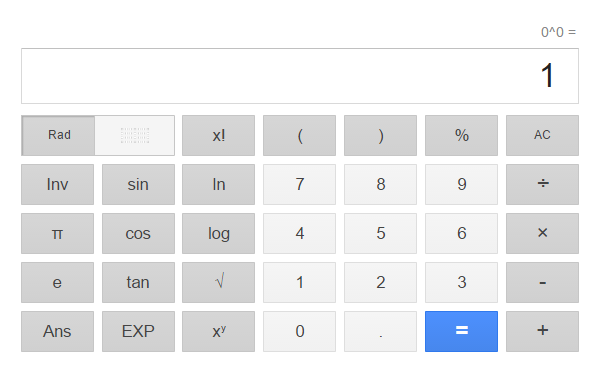 According to many Calculus textbooks and calculus classes, 0^0 is an indeterminate form''. When evaluating a limit of the form 0^0, then you need to know that limits of that form are calledindeterminate forms'', and that you need to use a special technique such as L'Hopital's rule to evaluate them. Otherwise, 0^0 = 1 seems to be the most useful choice for 0^0. This convention allows us to extend definitions in different areas of mathematics that otherwise would require treating 0 as a special case. Notice that 0^0 is a discontinuity of the function x^y. More importantly, keep in mind that the value of a function and its limit need not be the same thing, and functions need not be continous, if that serves a purpose (see Dirac's Delta).

This means that depending on the context where 0^0 occurs, you might wish to substitute it with 1, indeterminate or undefined/nonexistent.

Some people feel that giving a value to a function with an essential discontinuity at a point, such as x^y at (0,0), is an inelegant patch and should not be done. Others point out correctly that in mathematics, usefulness and consistency are very important, and that under these parameters 0^0 = 1 is the natural choice.

The following is a list of reasons why 0^0 should be 1.

Rotando & Korn show that if f and g are real functions that vanish at the origin and are analytic at 0 (infinitely differentiable is not sufficient), then f(x)^(g(x)) approaches 1 as x approaches 0 from the right.

Some textbooks leave the quantity 0^0 undefined, because the functions x^0 and 0^x have different limiting values when x decreases to 0. But this is a mistake. We must define x^0 = 1 for all x, if the binomial theorem is to be valid when x=0, y=0, and/or x=-y. The theorem is too important to be arbitrarily restricted! By contrast, the function 0^x is quite unimportant.

The discussion on 0^0 is very old, Euler argues for 0^0 = 1 since a^0 = 1 for a != 0. The controversy raged throughout the nineteenth century, but was mainly conducted in the pages of the lesser journals: Grunert's Archiv and Schlomilch's Zeitschrift für Mathematik und Physik. Consensus has recently been built around setting the value of 0^0 = 1.

On a discussion of the use of the function 0^(0^x) by an Italian mathematician named Guglielmo Libri.

[T]he paper [33] did produce several ripples in mathematical waters when it originally appeared, because it stirred up a controversy about whether 0^0 is defined. Most mathematicians agreed that 0^0 = 1, but Cauchy [5, page 70] had listed 0^0 together with other expressions like 0/0 and oo - oo in a table of undefined forms. Libri's justification for the equation 0^0 = 1 was far from convincing, and a commentator who signed his name simply S'' rose to the attack [45]. August Möbius [36] defended Libri, by presenting his former professor's reason for believing that 0^0 = 1 (basically a proof that lim_(x --> 0+) x^x = 1). Möbius also went further and presented a supposed proof that lim_(x --> 0+) f(x)^(g(x)) whenever lim_(x --> 0+) f(x) = lim_(x --> 0+) g(x) = 0. Of courseS'' then asked [3] whether Möbius knew about functions such as f(x) = e^(-1/x) and g(x) = x. (And paper [36] was quietly omitted from the historical record when the collected words of Möbius were ultimately published.) The debate stopped there, apparently with the conclusion that 0^0 should be undefined.

On the other hand, Cauchy had good reason to consider 0^0 as an undefined limiting form, in the sense that the limiting value of f(x)^(g(x)) is not known a priori when f(x) and g(x) approach 0 independently. In this much stronger sense, the value of 0^0 is less defined than, say, the value of 0+0. Both Cauchy and Libri were right, but Libri and his defenders did not understand why truth was on their side.

The limit of x^x as x tends to zero (from the right) is 1. In other words, if we want the x^x function to be right continuous at 0, we should define it to be 1.

The expression m^n is the product of m with itself n times. Thus m^0, the "empty product", should be 1 (no matter what m is).

Here's an aesthetic reason. A power series is often compactly expressed as SUMn=0 to INFINITY an (x-c)n.

We desire this expression to evaluate to a^0 when x=c, but the n=0 term in the above expression is problematic at x=c. This can be fixed by separating the a^0 term (not as nice) or by defining 0^0=1.

Funny I was searching the internet and found proofs that 00=1 then I came to this, thinking I can find more, but it looks exactly the same. 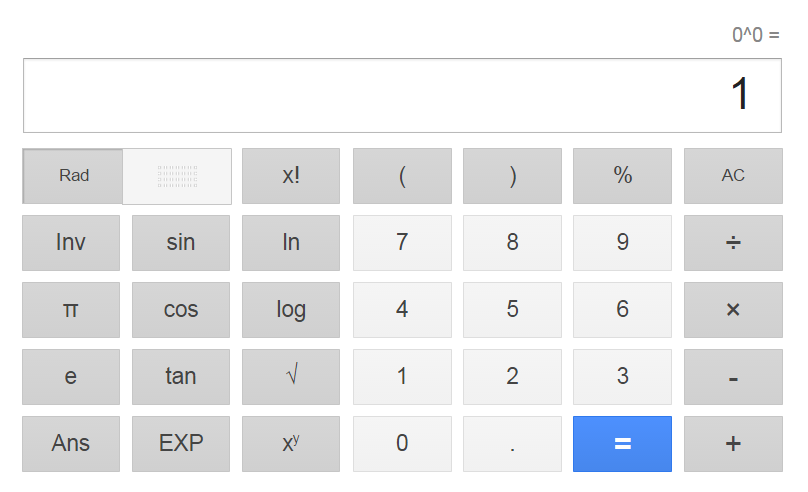 It is not necessary, can you find 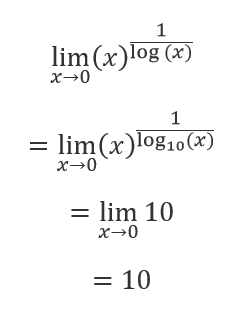 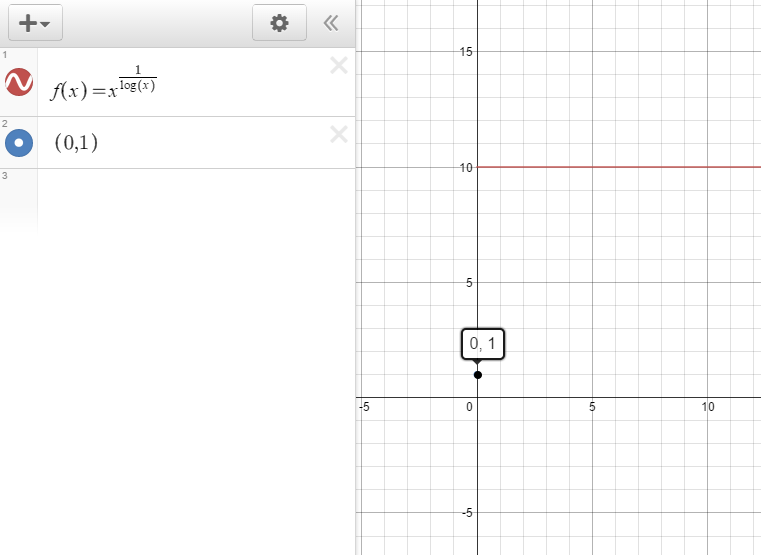 So now what do we get as a final conclusion.... Is it 1 or undefined ???? Am still confused

From the left of 0, it is undefined.

I posted a graph of it just now. Look at my post.

@Aditi Mishra – In most calculus classes and textbooks, they say 0. However, its true answer would have to be 1.

@Aditi Mishra – Welcome. I am not really sure why they say in classes that it is zero.

Also, take a took at this that I just did from desmos.com/calculator. 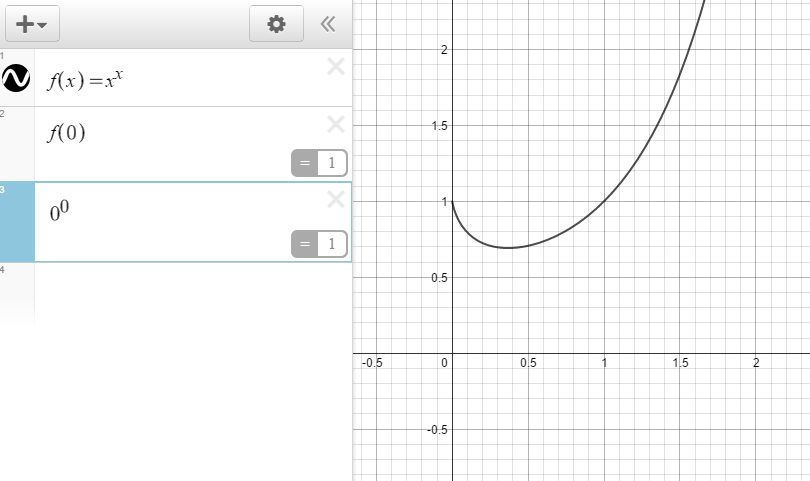 @Aditi Mishra – 1 is the multiplicative identity of real numbers.

@André Cabatingan – For any real number.

I have checked a few sites just now and all are showing various answers. 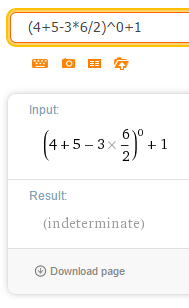