Radiation From the Stars 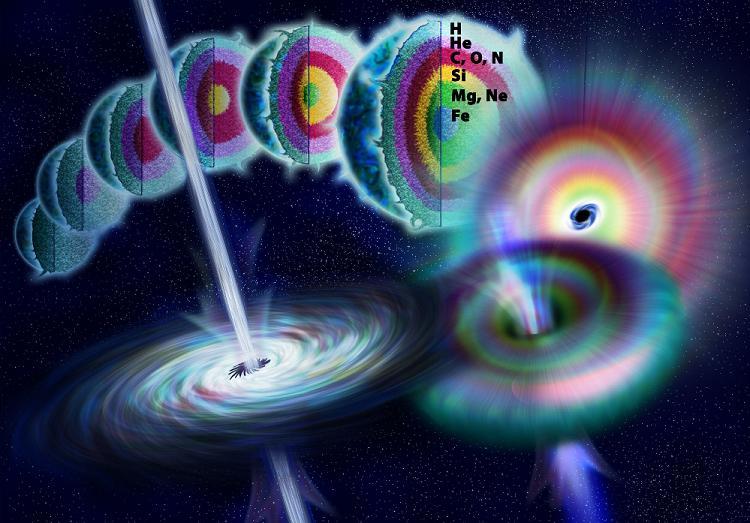 This is an Applied Project from James Stewart's Calculus 6E - Instructor's Edition. It might take a long time, so don't get into it if you're in a hurry. Have fun.

Proposed in the late 19th century, the Rayleigh-Jeans Law expresses the energy density of blackbody radiation of wavelength λ as

where λ is measured in meters, T is te temperature in kelvins K, and k is Boltzmann's constant. The Rayleigh-Jeans Law agrees with experimental measures for long wavelengths but disagrees drastically for short wavelengths. [The law predicts that f(λ)→∞ as λ→0%+ but experiments have shown that fλ→0.] This fact is known as the ultraviolet catastrophe.

where λ is measured in meters, T is the temperature (in kelvins), and

I. Use L'Hôpital's Rule to show that

for Planck's Law. So this law models blackbody radiation better than the Rayleigh-Jeans Law for short wavelengths.

II. Use a Taylor polynomial to show that, for large wavelengths, Planck's Law gives approximately the same values as the Rayleigh-Jeans Law.

III. Graph f as given by both laws on the same screen and comment on the similarities and differences. Use T=5700K (the temperature of the sun (on surface)). (You may want to change from meters to the more convenient unit of micrometers: 1μ=10−6m).

IV. Use your graph in Problem 3 to estimate the value of λ for which f(λ) is a maximum under Plack's Law.

V. Investigate how the graph of f changes as T varies. (Use Planck's Law.) In particular, graph f for the stars Betelgeuse (T=3400K), Procyon (T=6400K), and Sirius (T=9200K) as well as the sun. How does the toal radiation emitted (the area under the curve) var with T? Use the graph to comment on why Sirius is known as a blue star and Betelgeuse as a red star.