Some intuition behind the prime number theorem

It's generally easy to think about difficult theorems on prime numbers in terms of non-rigorous heuristics. Relatively simple statements, such as the twin prime conjecture, Dirichlet's Theorem, and the Prime Number Theorem, turn out to be very hard to prove. Really hard to prove, that is. The first is still a conjecture, as the name implies, while we still don't exactly know the error term on the third (the Riemann Hypothesis, if true, will tell us what it is). The unifying theme behind them is that they all have relatively simple arguments in their favor.

To "prove" this, let's start with the oldest algorithm for finding prime numbers: the Sieve of Eratosthenes. We start with the number 2 and "cross out" all of its multiples, which leaves 1/2 of all numbers marked and half of them unmarked. From those remaining non-multiples, we move to the next number (3 in this case) and do the same, leaving 2/3 of the remaining numbers unmarked. We move on to 5, leaving 4/5 numbers unmarked, et cetera.

Here's an animation of the sieve in action.

There are two important observations to make here: The first is that this product converges to 0 as n→∞, which means that prime numbers have zero density with respect to integers. This makes sense, since the sieve can only take away prime candidates. Thus, the density of prime numbers can only decrease. In other words, π(n)/n→0 when n→∞.

Second, you can cut off the number line above n to give the local density of primes. This means that

Since this goes to 0, its asymptotic behavior doesn't seem that exciting, but we can look at how exactly it approaches 0 by seeing how its reciprocal diverges. We have

Using the taylor series for 1−x1​, we can turn this into

Where N is the set of all integers with prime factors less than n. This sum itself is difficult to evaluate, so this is where we need to turn to hand-waviness. We can split the sum up into two parts

Where the last term was ignored because it's more or less smaller than the former. Thankfully, we at least know how to evaluate this sum. Note that this sum is essentially a Riemann integral of f(x)=1/x, so its asymptotic behavior is essentially its antiderivative, or ln(x). 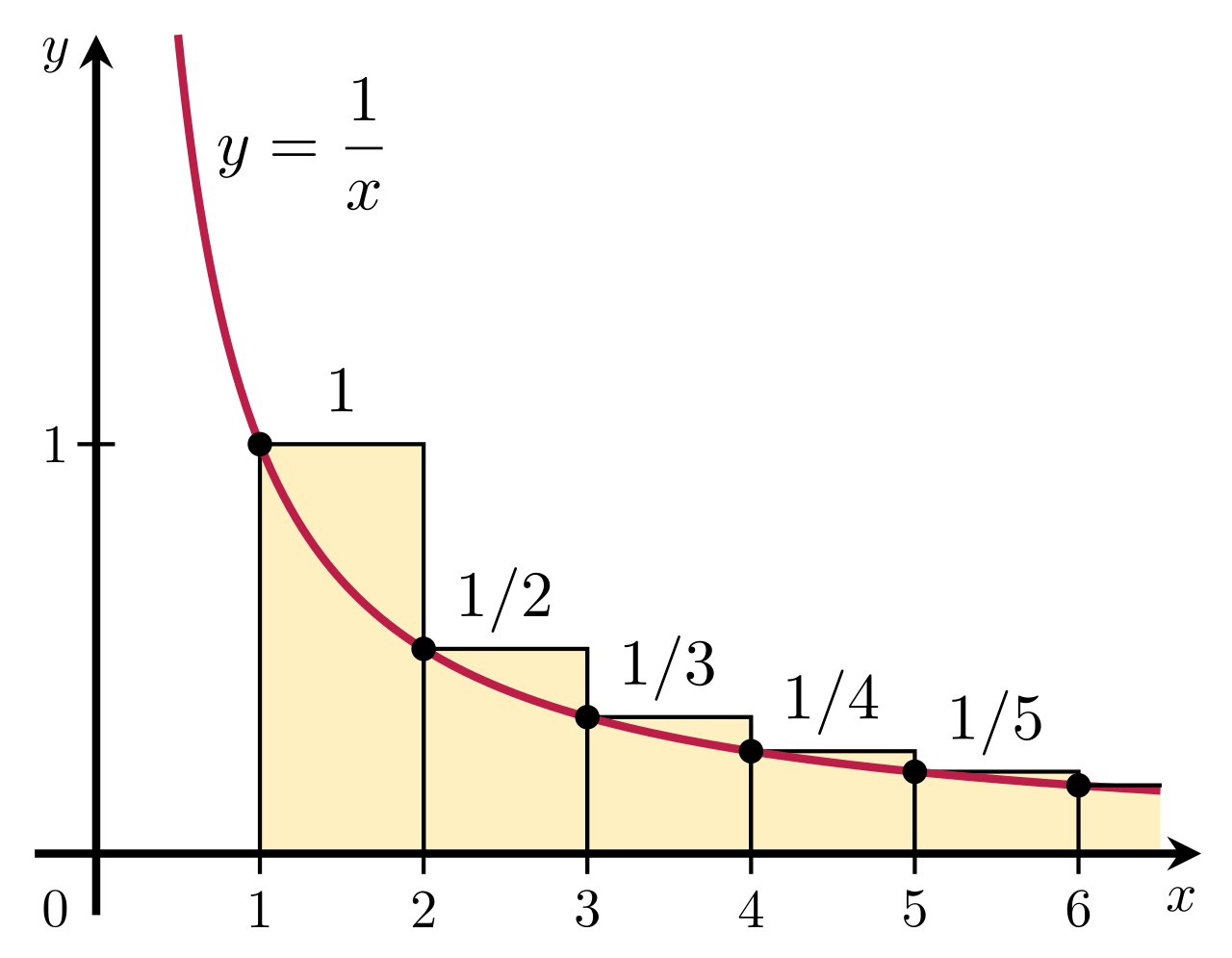 Rearranging stuff gives us the answer that we were after:

The density observed earlier thus falls off asymptotically as:

To me, this is a pretty natural argument in favor of the prime number theorem. While it requires a lot of work from complex analysis to prove rigorously, this is still the most intuitive approach to me.

I could never spell his name right for some reason :p and thanks! Heuristic arguments like this are probably my favorite parts of mathematics.