I came across a cool design principle known as "tensegrity" today. Here is a example. 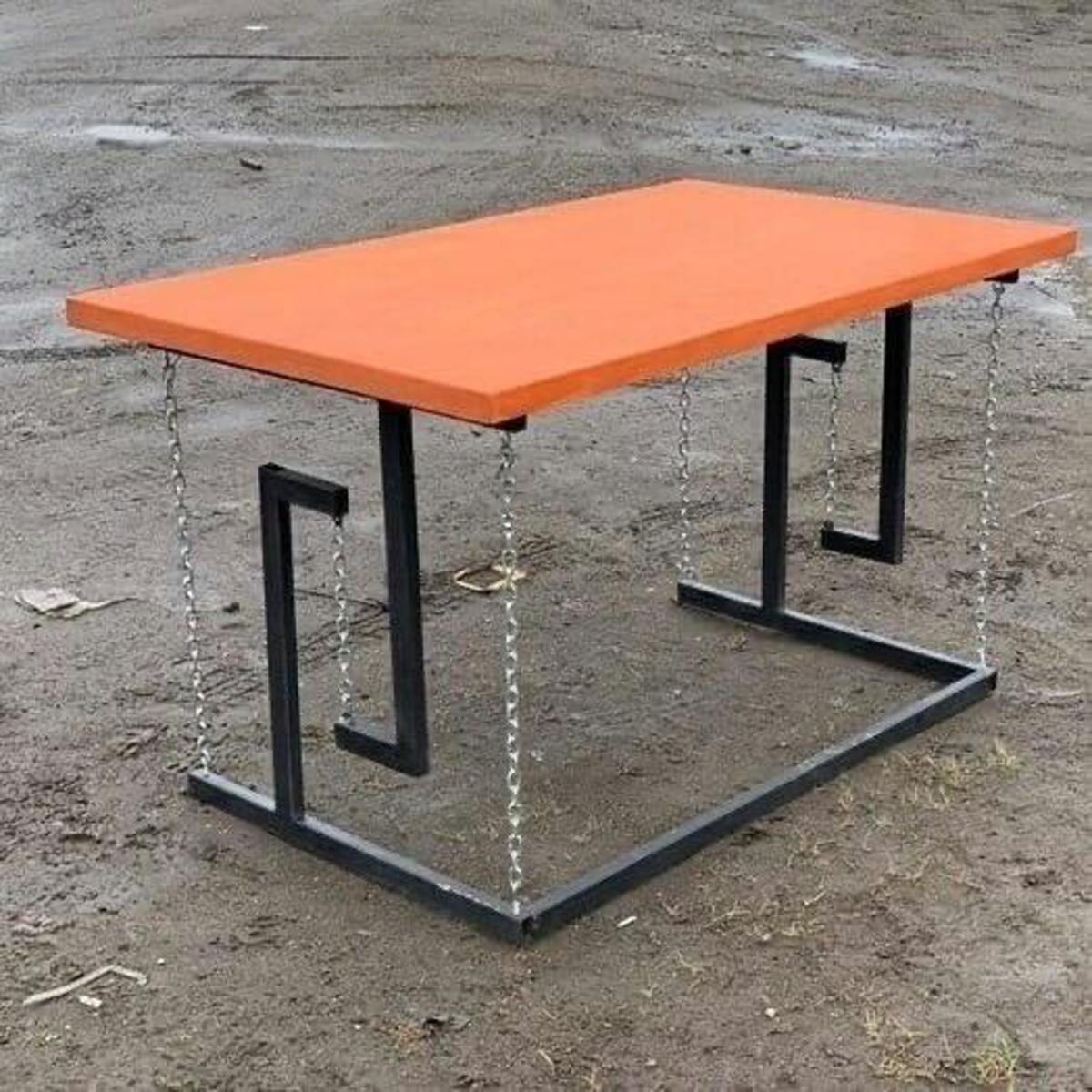 It's looks unreal but it's actually true! So how did it works? 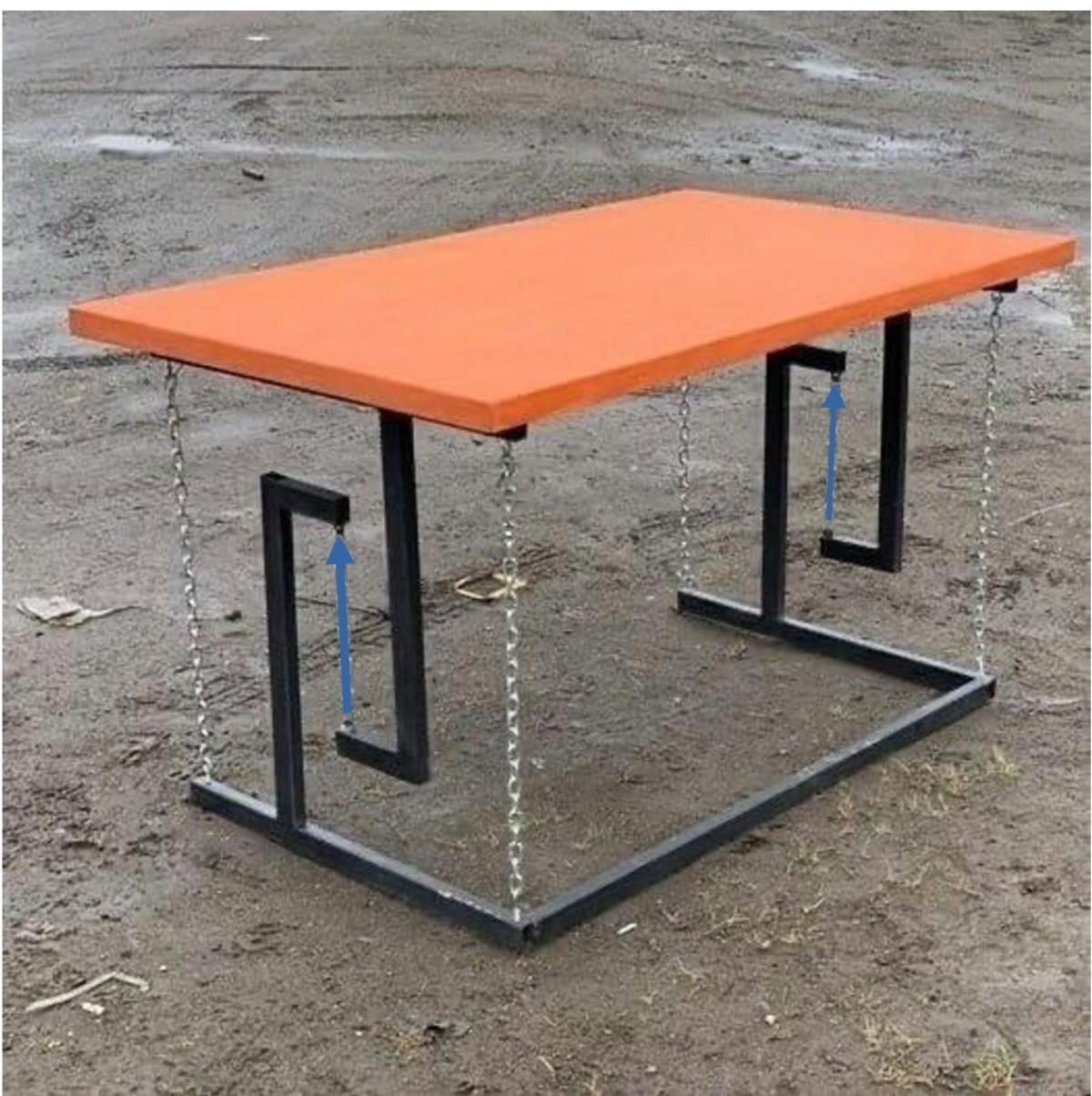 Now we got the upward force but it's not enough to keep the table there. We also need to counteract the torque applied due to gravity and other forces which does not pass through the center of mass of the body (due to which the body can rotate about it's center of mass, which is something you don't want to happen when you keep your laptop on it).

That's why the four corners are connected with chains to the bottom part which prevents rotation by cancelling the torque produced. 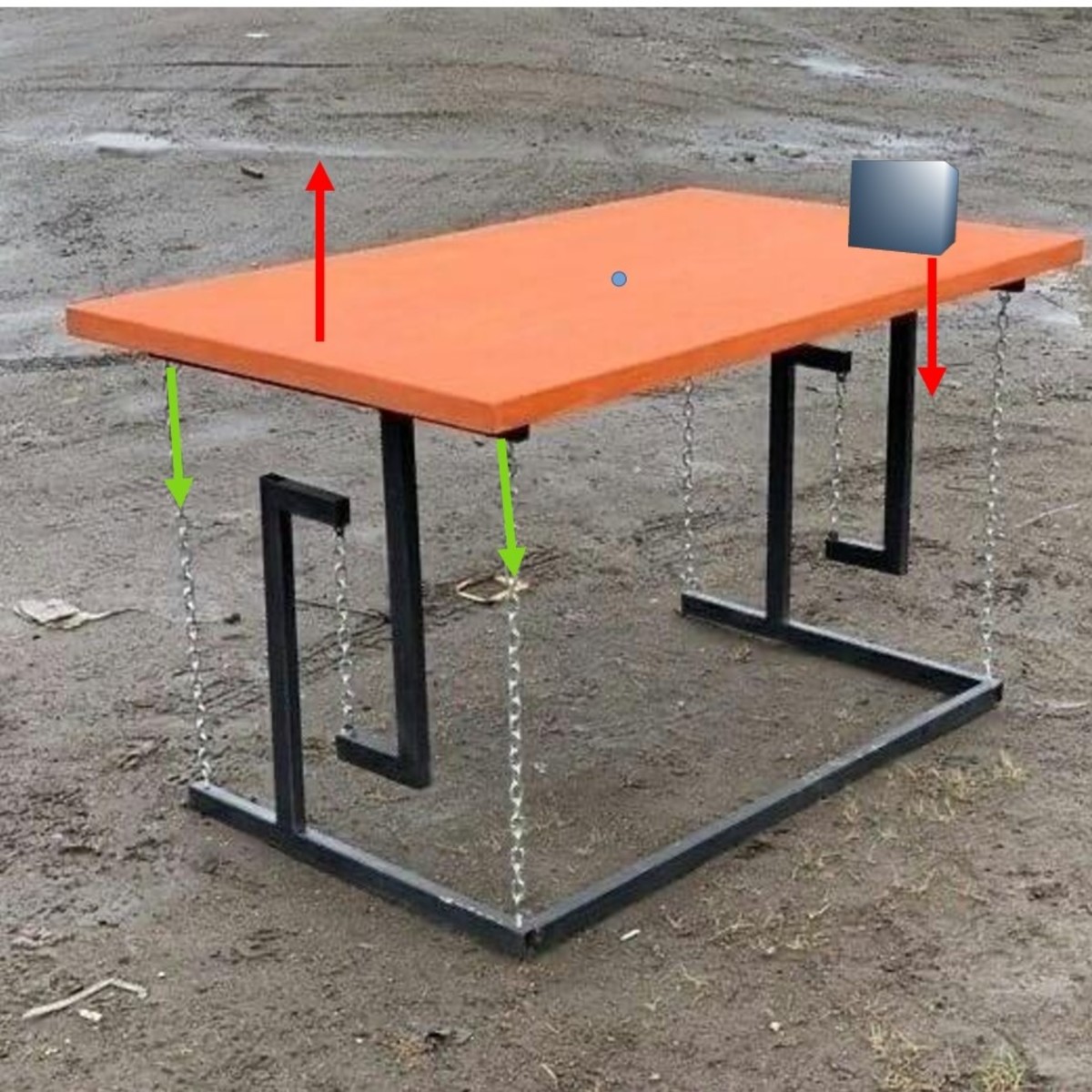 It may not seem that stable but it actually is! Just don't jump on it.

Sorry for bad quality photos. I wanted to create some 3D designs with blender but in order to create it I must know how to use blender. Also if you found any problem with explanation please say it. Thanks!

That is some good stuff. Looks almost like its floating. Blender is pretty easy to use. You just have to use a few shapes to make this. Just watch some tutorials and you'll be fine.

Thanks I am already learning blender. I can now make a burned donut!