A pulley in the form of a circular disc of mass m and radius r has the groove cut all along the perimeter. A string whose one end is attached over to the ceiling passes over this disc pulley and its other end is attached to a spring of spring constant k. The other end of the spring is attached to the ceiling as shown in the figure. Find the time period of vertical oscillations of the centre of mass assuming that the string does not slip over the pulley? 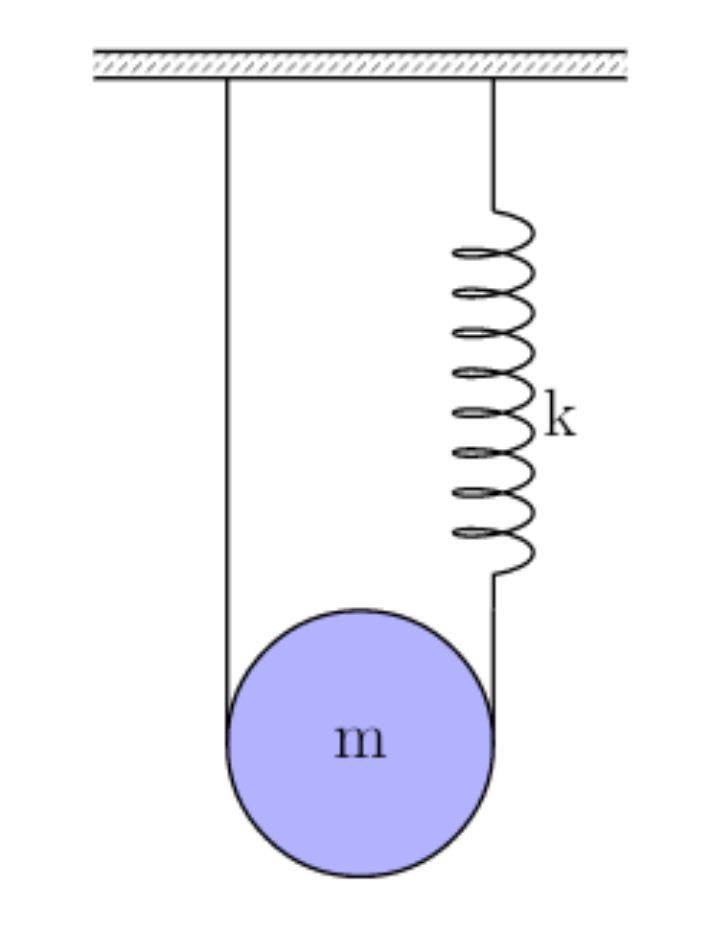 This problem is a part of Tessellate S.T.E.M.S.

how u derived the first formula

Refer HC Verma. The question had been directly copied from there

@Omswostik Mishra – I am not used to doing such mistakes.Kindly check it correctly the answer is correct as are the dimensions.

When studying at school, I always do not have enough time for the normal completion of my homework. Sometimes you have to come up with new ways to solve this problem, https://edubirdie.com/words-to-minutes-converter - here you can find words to minutes converter and other useful tools that will help you quickly deal with all problems and save your time.