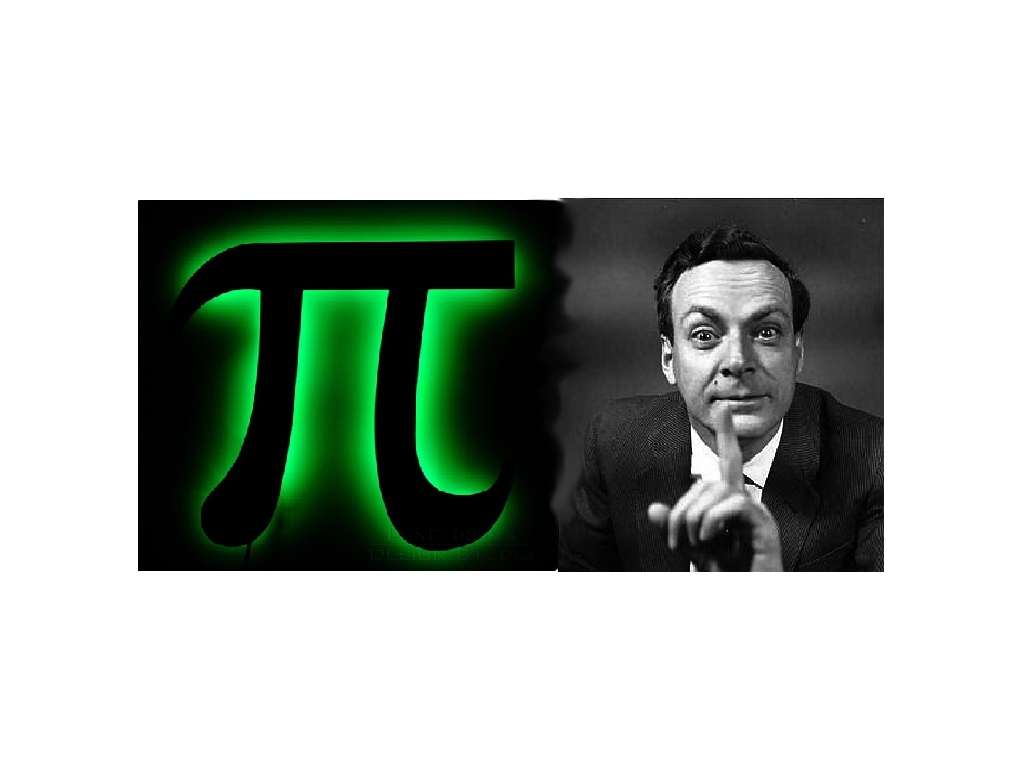 Have you ever seen or heard of someone who has memorized a lot of digits of π? Have you ever tried doing that in your life?

Whatever your answers are, there is another question that is related to all of this: why on earth would anyone want to do that? What is the motivation behind it?

I have a good answer for that.

What? I know most of you are now scratching your head. Well, stop scratching and take a look at what Wikipedia has to say about this:

The Feynman point is a sequence of six 9's that begins at the 762nd decimal place of the decimal representation of π. It is named after physicist Richard Feynman, who once stated during a lecture he would like to memorize the digits of π until that point, so he could recite them and quip "nine nine nine nine nine nine and so on", suggesting, in a tongue-in-cheek manner, that π is rational.

I can't speak for anyone else, but to me, that is one of the coolest [if not the coolest] motivations behind memorizing the digits of π.

So, if you're interested, take out a list containing the first thousand digts of π and start memorizing!

Last but not the least, whenever I write something about the digits of π, I can never resist putting this comic in it. It's funny because it's true!

The comic was taken from here.

I memorized 130 digits in an afternoon for a pi day competition at my school. The next day I learn that I'm going to seattle for a soccer tournament instead.😫

@Mursalin Habib, that's a great note. But would you tell me how did you make the Wikipedia article look like that? (I mean the formatting & the code you used)

I've memorized about 400 digits. I had a really boring math class in fifth grade and I sat next to the giant pi poster my teacher had in her room.

That was my first thought too. Do you remember the Einstein bobble-heads in the movie?

I remember them, but I forgot their significance in the movie..

I memorised up to 314 digits for pi day.

That's nothing! I remembered ALL the digits of the largest known prime number. Here it goes: