Very Hard To Take Any Step 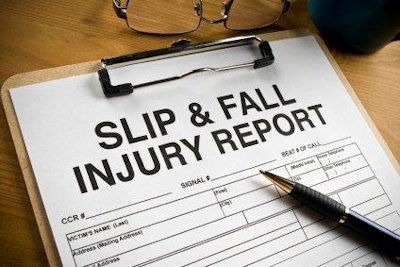 To The Brilliant Community

We are not able to reach to a unanimous decision regarding This Problem. Please share your view and opinion and help us resolve the doubt.

I am posting the whole problem here

"Q) When walking on ice, one should take small steps to avoid slipping. Smaller steps help avoid slipping because they result in:

A. Larger friction with the ice.

B. Smaller friction with the ice.

This question is from Concepts Of Physics by H.C.Verma. Anyone having the book must see The Objective Questions of the chapter Friction.

Please add your explanation with your answer.

As far as friction is concerned, I think we are supposed to take smaller steps so that friction force is lesser. But this does not mean that we cannot walk! By lesser friction, we mean that the friction must be small enough to not slip backwards.

Here is the answer from physics stack exchange that I think solves the problem once and for all:

Your ordinary shoes on ice can only sustain small forwards and backwards forces before they slip. To avoid slipping, we take smaller steps."-Olin Lathrop

The answer is right! It should be smaller friction!

I agree. But the next question is: Is there a strategy to move in some intended direction when the surface one is on is absolutely frictionless?

Nope. The only strategy is to lie flat on the floor and throw stuff(probably stones) opposite to the direction you want to move in. To achieve satisfactory acceleration/deceleration, one has to have a lot of stones, and a powerful arm.

@Raghav Vaidyanathan – Hahaha. That would be fun to try, and even more fun to watch someone else try. :)

@Raghav Vaidyanathan – If it is purely friction less then an air blow from our mouth would work too.Isn't that looks cool? Blow air and reach anywhere?

@Gautam Sharma – Yes, I suppose that would do it. And if you wanted to go "forwards" you could hold up a small sail on your chest and blow into it. :)

@Brian Charlesworth – Ever tried something like that on snow?Canada has lots of ice i think/

@Gautam Sharma – Most of Canada is cold and icy in the winter, except on the Pacific coast where I live. We didn't get any snow this winter, (although we usually get some; this year was unusually mild). :)

@Brian Charlesworth – I don't think you can do that. Won't the action reaction pairs cancel out? It's similar to putting a huge fan to the sail of a sailboat. The force on the fan will be equal and opposite to the force on the sails, hence it will not move.

Just blowing will not work either, the momentum gained/lost in breathing in will be negated while breathing out, so you can move, but you will not get anywhere.

@Raghav Vaidyanathan – If we are able to just start then we will move indefinitely and my friend asked this question To Sir HC VERMA in his camp of IJSO at mumbai in HBCSE and he answered we just need to start motion. And to blow air we don't need to suck air you can try it yourself

@Gautam Sharma – That is correct. My actual concern was whether trying to breath afterwards would cause problems to the motion. I'm trying to write equations for this...

Could you add your solution to the problem? Thanks!

Umm, I have added it as a comment, since I accidentally clicked "show solutions" button. If anyone has solved the problem, they are welcome to post my solution to the question. I don't think I have any right over it either, most of it was copy-pasted from physics stack exchange.

What does it mean to say that "it should be smaller friction", when what a careful walker needs to do is to minimize forward and backward forces? The source of such forward and backward forces comes from vector decomposition of the forces down the legs. The answer from the Physics Stack Exchange explains it well, but it doesn't conclude that "it should be smaller friction".

Yes, I do agree with you. The answer given in the options is incomplete and hence leaves a lot of room for debate as to what "smaller friction" means, if at all it means anything. What I think the author meant was that we should take small steps so that the ice floor doesn't have to exert high frictional force.

This problem does not explicitly mention human beings, so what if we conjectured a robot that has huge spider-like legs, and that at all times it has at least 3 points of contact on the ground, and the robot's center of mass stays about over the centroid of the 3 points of contact, while any number of its other legs continue to move ahead without contact with the ground, and the cycle repeats? For such a robot, it makes no difference whether it takes large or small steps.

So, maybe we are talking about human beings, which has just two legs, whose center of mass just shifts continuously from one foot to the next and over. Hence, the normal force on each foot can vary considerably as the human walks, cycling through between 0 and the full weight of the human, regardless of the size of the step.

Now, if a human with acrobatic ability can carefully shift his center of mass from foot to foot without attempting to "shove off" and keeping legs "tight" (i.e. not loose), then ice can be negotiated even with large steps. The reason why most humans slip on ice when taking large steps is because they try to walk normally which involves a lot of horizontal forces when the advancing foot hits the ground, or when the rear foot shoves off in order to propel the center of mass over the advancing foot. Such horizontal forces are greater with large steps than small steps, which are more likely to overcome static friction.

The correct answer should be "A smaller lateral (or horizontal) force", not "A smaller normal force". Roughly speaking, what we want is the greatest ratio of normal force to lateral force, hence we want the greatest tangent angle, hence smaller steps. This is assuming that humans suffer from "loose legs", when they need to be tight in slippery conditions. Also @Pranjal Jain @Athul Arun A can you guys lend in your suggestions.

O wait a minute I just looked at the answers again. Alright, so, I dunno what you all are blabbing about, but I think the choices are incomplete. None of these answers are right. "Smaller friction with ice" does not even make grammatical sense. What is it saying? To me all that matters is the angle of incidence and the relative normal force.

Oh well. Dunno. No time to think about it. Sorry @Math Philic , maybe next time.

John, I agree with you.

Your mass plus the acceleration of gravity gives a Force vector (Fyou​)that, when you stand straight up and down, is directly opposite the normal force. But, when your legs spread wider than your shoulders (when you get an angle in there), you can decompose Fyou​ into a vertical and a horizontal force. Normally, when you do the splits, the horizontal component of that vector is opposed by your own leg muscles and by the friction of the surface. When you're on a low-friction surface (or a no-friction surface), the horizontal component of Fyou​ is opposed only by your own muscles, which makes walking much more fatiguing.

On a hot day the ice may melt in sometime if it remains exposed.

When walking, every step essentially brings the body to a full stop. During push off, you accelerate your body using friction as propelling force. For larger steps you need to gain more speed during push off. This involves more acceleration and therefore requires more friction.

If you insist on running on ice, the best strategy would be to "hop", pushing off more vertically than you'd normally do. This increases the normal force and thereby the maximum static friction force. Hopefully friction can provide the horizontal force component that is required.