This note has been used to help create the Waves wiki

In physics , a wave is an oscillating disturbance of some physical quantity in space and periodic in time . The space is characterized by oscillation wavelength and the elapsed time is measured by an oscillation wave period which is the inverse of the frequency. These two quantities are related by the speed of wave propagation . Physically, a wave is an energy pulse that propagates through space or through a (liquid, solid or gaseous ) medium with defined speed. According to some researchers observed until now , nothing prevents a magnetic wave to propagate in vacuum or through the material, as in the case of electromagnetic waves in vacuum or through the neutrino material, where the particles of the medium to oscillate around a point average but not moving . Except for electromagnetic radiation, and probably gravitational waves , which can propagate through a vacuum , waves exist in a medium whose deformation is capable of producing restoration forces through which they travel and can transfer energy from one place to another without any particulate medium is moved ; ie , the wave does not transport matter. However, there are always fluctuations associated with the propagation medium . A longitudinal wave can be when the oscillation occurs in the direction of propagation, or cross when the oscillation occurs in the direction perpendicular to the direction of wave propagation

The Physical Description of A WAVE 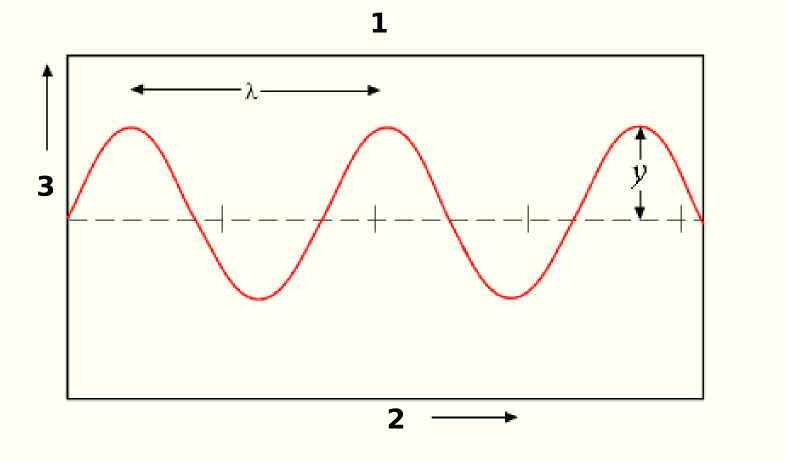 1= Elements of a wave

Waves can be described using a number of variables, including: the frequency, width and height of the wave, amplitude and period. The amplitude of a wave is a measure of the magnitude of a disturbance in a medium during one cycle of the waveform. For example, waves on a string have their amplitude expressed as a distance (meters), sound waves as pressure (pascals) and electromagnetic waves as the amplitude of the electric field (volts per meter). The amplitude may be constant (in this case the wave is a continuous wave) or may vary with time and / or position. The form of this variation is the envelope of the wave. The period is the time (T) of a complete cycle of an oscillation of a wave. The frequency (F) period is divided by a unit of time (Example : one second), and is expressed in hertz . See below:

When the waves are expressed mathematically the angular frequency (omega; radians per second) is constantly used, in connection with frequency F :

When a rope is deformed, the disturbance propagates throughout the cord, reflected in their fixed ends. The interference of several waves could result in a standing wave, or oscillation that appears not to move through the material. Nodes caused by interference (destructive) between the crest of two waves and belly. In the anti-nodes, where the offset is maximum, interference occurs between two crests and two wave antinodes. Each oscillation pattern corresponds to a particular frequency to what is called a harmonic. The vibration frequencies vary with the length of the string and its characteristics (material, tension, thickness), which determine the speed of propagation of waves. At the lowest concentration at which the string vibrates is called the fundamental frequency frequency.

Waves moving (non-stationary) have a disturbance that varies both with time t as the distance z can be expressed mathematically as:

Where A(z,t) is the amplitude envelope of the wave, k is the wave number and ϕ is the phase constant. The velocity v of this wave is given by:

The simplest form of this Equation Is : 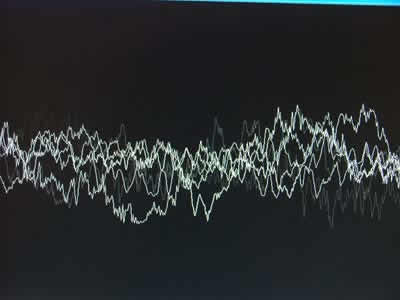 *Those that propagates in all directions. Example: Sound waves in the atmosphere or metals.

The sound propagation front of a mechanical or mechanical compression wave ; this wave propagates circuncêntrica way, only in material resources - they have mass and elasticity, such as solid , liquid or gaseous , ie , does not propagate in a vacuum .

The natural sounds are mostly combinations of signals but a monotonic pure sound , represented by a pure sinusoid , an oscillation velocity or frequency is measured in hertz (Hz) and an amplitude or energy measured in decibels. The audible sound by the human ear has a frequency between 20 Hz and 20 kHz . Above and below this range ultrasound and infrasound are , respectively.

Humans and many animals perceive sounds with the sense of hearing , with his two ears, which lets you know the distance and position of the sound source : a call stereophonic hearing. Many low-frequency sounds can also be felt in other parts of the body and research shows that elephants communicate via infrasound .

The sounds are used in various ways , especially in speech communication or for example , music . The perception of sound can also be used to acquire information about the environment properties as spatial characteristics (shape , topography ) and the presence of other animals or objects . For example , bats , whales and dolphins use echolocation to fly and swim through obstacles and hunt their prey . Ships and submarines use sonar ; humans receive and use spatial information perceived in sounds .

The chart below represents a wave that propagates with speed of 300m / s.

a) Determine the amplitude of the wave

b) Determine the wavelength;

a) The amplitude of the wave is given by the distance from the origin to the crest of the wave :

b) e wavelength is given by the distance between two crests or nodes 3, namely:

As the figure shows the extent of three "half-wavelength", we can calculate it :

c) Knowing the speed of propagation and wavelength, we can calculate the frequency using the equation :

Substituting the values ​​into the equation:

d) As the period is equal to the inverse of frequency:

A wireless router emits electromagnetic waves with a frequency of 5.0 GHz is known that the speed of propagation of this wave in the air is equal to the speed of light in vacuum (c = 300,000 km / s). Calculate the value of λ wave length, in meters, for this wave.

The propagation velocity of a wave is given by:.v=λf

Here Some Equations for Help You !

You'll Stay Good In This Theme ! You'll Need of Some Books and Practice !

What grade are you in?

Still Up to the Random Capitalizations, Huh?

I Have to Improve Somethings In It ! Thanks !

I'd like it if you went a little more in-depth on the harmonic series and how it affects music. You showed a diagram for 1-dimensional waves with the harmonic series! My dad teaches Music Theory at William and Mary so he's always lecturing me about that kind of stuff. :D

Ha I am learning this now, and it is really fun

I'll try to make a note in Brief !

@Gabriel Merces Hey ! Nice note ! Could you also explain Doppler effect for a source moving with speed comparable to sound ? It would be a great help ! :) Thanks in advance !

Can someone please explain these energy expressions for different types of waves as shown? 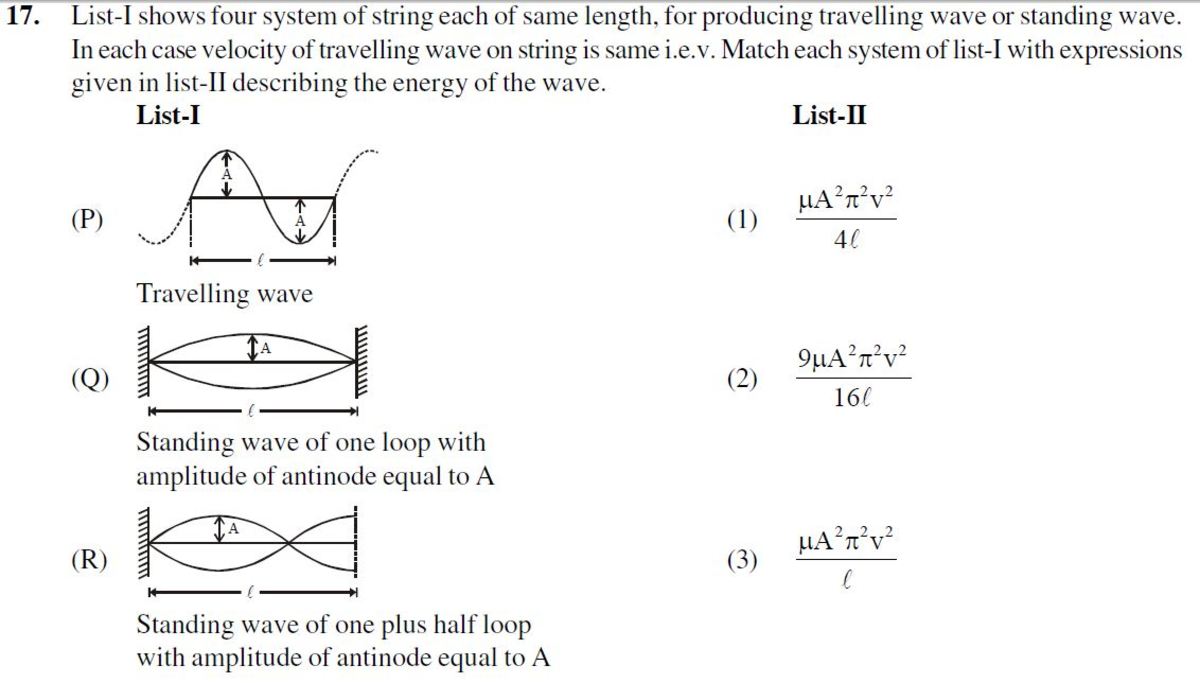