As we're on the verge of bidding farewell to 2013 and welcoming 2014 into our lives, I thought it was appropriate to do a post on the number 2014. So I googled and searched Wikipedia for anything relevant. But I found absolutely nothing. 2014's not a prime number, not a Bell number, not a Catalan number, not a Fibonacci number, not a factorial, not a perfect number, not a triangular number; nothing! Some numbers close to 2014 have some really interesting properties [for example, 2011 is a sexy prime number and 2015 is a Lucas-Carmichael number]. It seemed as though 2014 was the dullest number in the world.

It's not surprising that the string '2014' appears in the decimal expansion of π. It's likely that all finite sequences of numbers appear in π's digits. I encourage you to read the post I linked right now and also look at the comments as well. There is a little chance that the third comment is by the great Grigori Perelman!

As I was saying, we have the year 2014 ahead of us. And even though I haven't been able to find anything really cool about the number 2014, I hope you've enjoyed reading this. Let us look forward to all the great things about to happen next year. For example, there's going to be an annular solar eclipse on April 29, 2014. And that's just one of the many things to come! 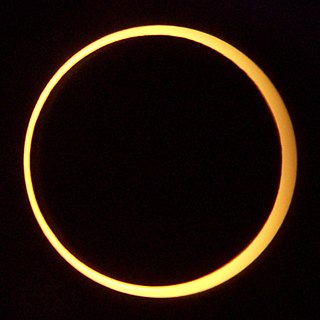 Note by Mursalin Habib
6 years ago

Not exactly a property, but it is a somewhat surprising fact.

Most interesting thing about 2014 is

Perhaps the special thing about 2014 is that,while other numbers have something special about them,2014 doesn't!

Happy New Year everyone! :D Thank you for the great year 2013! I have learnt so much here on Brilliant - abt Math competitions stuff and also MORE on the beauty of Math (like the Pokemon graphs, Golden Ratio, mystery fractions, etc.) All the best to all for the next year, be it gd results in competition, exams, or anything you wish to accomplish! Most importantly, gd health and happiness! :D HAPPY NEW YEAR 2014!!!

Happy New Year 2014 to everyone and let's hope the new year brings with itself a lot of interesting problems on Brilliant.

Thanks by the way.

@Sharky Kesa – [To avoid confusion, all numbers in this comment are expressed in base 10 (2×5) [including this one]].

I'm afraid you don't get the point. Bases are just a way to represent numbers. A number could have different representations in different bases. In other words, it can look different but that doesn't change its properties. The numbers that you wrote may look like 2013 and 2020 in base 10 but they're not. They're actually 135 and 136 respectively [remember that the whole comment is in base 10]. What I wrote was if you add 'one' with 'two thousand and thirteen', you're going to get "two thousand and fourteen". Now I can express these numbers anyway I want [Hell, I can even draw an apple for 2013, draw a bicycle for the operation of addition, draw a bunny for 1 and put π as 2014! The only problem there is it's going to be hard to communicate with other people [and it's going to take a lot of time to express equations.]]. So, bottom line, my statement was correct. You were just reading it in a different language and had a misunderstanding.

@Mursalin Habib – I know. I was just playing around.

Nice post! Happy new year to you too! I have already seen the links you posted above, related to pi. They were quite interesting the first time, so I went and checked them out again! :)

I am sure you have heard about Ramanujan's number, 1729, and the interesting story behind it. If not, see http://en.wikipedia.org/wiki/1729_(number)

Let's hope someone here on Brilliant can come up with something as amazing for 2014! Here's to a great year for the whole Brilliant community! :D

Happy new year!!.Please see-(http://www2.stetson.edu/~efriedma/numbers.html) This is very interesting thing about the different numbers.